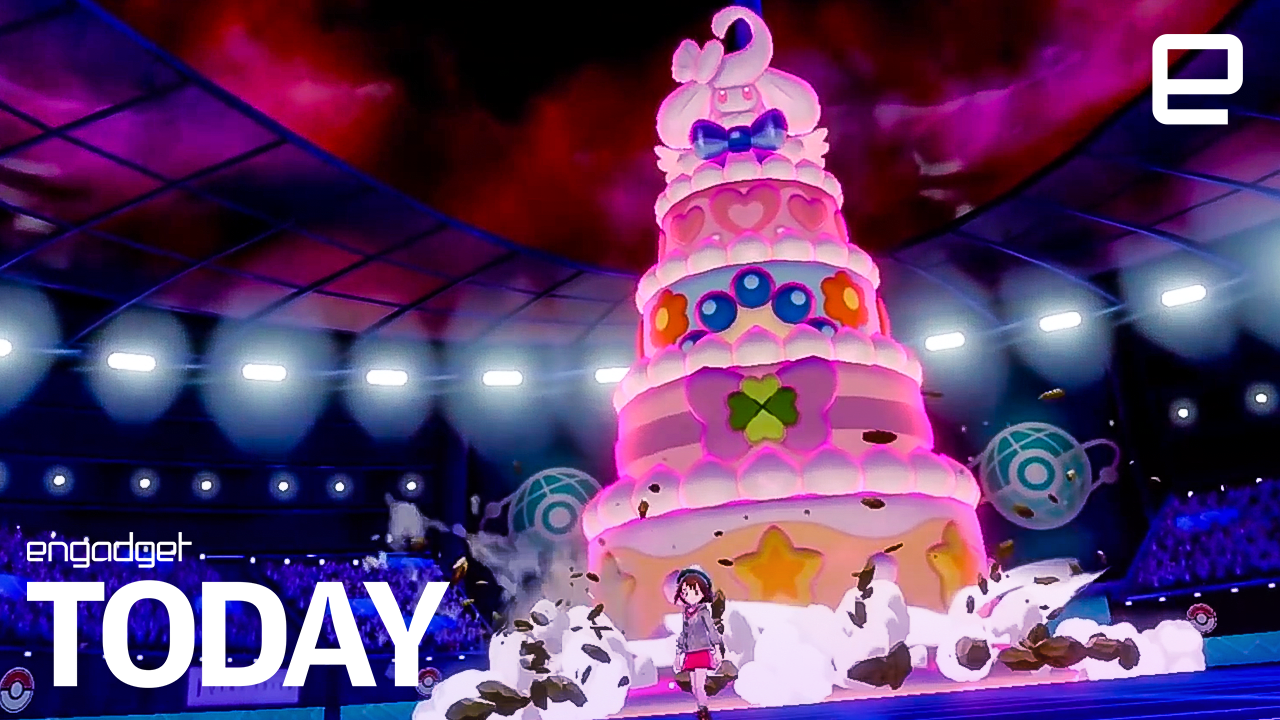 If you've ever complained that the differences between Pokémon game editions were too small, relief might be in sight. When Pokémon Sword and Shield arrive in November, they'll include not just differences in the creature lineup and trainers, but version-exclusive gyms in "certain towns" with unique gym leaders. You'll take on the martial artist Bea in Sword, while the goth Allister will fight you in Shield. This probably won't justify buying the Dual Pack with both variants unless you're a completist. Still, it promises to add some genuine variety to the experience.

Whichever version you buy, you'll have to deal with yet another new mechanic: Gigantamaxing. Unlike Dynamaxing, which 'just' makes Pokémon bigger and boosts their stats, certain creatures (such as Corviknight and Drednaw) will change appearance as they grow and gain access to a special G-Max Move. You won't just want to stick to your familiar battlers, then, as you might miss out on some particularly effective attacks.

Throw in new Pokémon like the dessert-inspired Alcremie, Yamper the corgi, the coal-like Rolycoly and the steel Duraludon and there should be a healthy variety in the series' first proper Switch titles, even if some of your critters won't carry over. It may just be a question of whether or not the gameplay translates well to Nintendo's current console.

In this article: av, game freak, games, gaming, nintendo, pokemon, pokemon shield, pokemon sword, Pokemon Sword and Shield, switch, the pokemon company, video, video games
All products recommended by Engadget are selected by our editorial team, independent of our parent company. Some of our stories include affiliate links. If you buy something through one of these links, we may earn an affiliate commission.