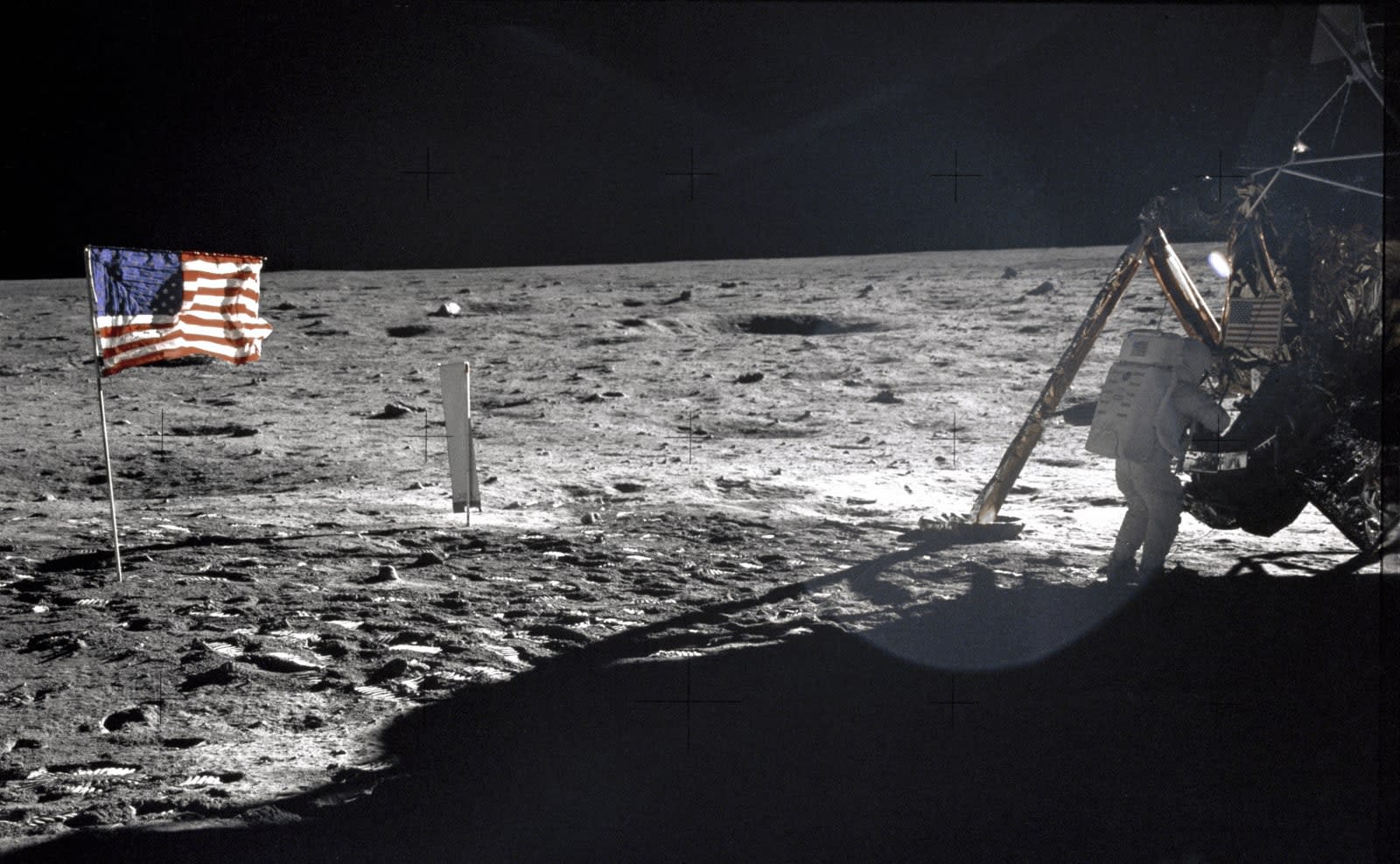 The 50th anniversary of our first successful trip to the moon is fast approaching. And Google, which rarely shies away from marking a significant moment in history, has laid out some of the ways in which it'll celebrate the half-century since Apollo 11 reached the lunar surface.

Starting today, when you search for Apollo 11 on an augmented reality-enabled device, there'll be an AR option in the Knowledge Panel. If you tap it, you'll get to explore a 3D recreation of the command module. You can zoom in and out, and look at it from just about any angle. If you like, you can bring the module into your living room in AR too. Google says it's the first time it's added a cultural artifact to its AR in Search feature, which debuted in May. Later this month, you'll get to check out Neil Armstrong's spacesuit in a similar way.

Also in Search, you'll get to explore 20 new stories about lesser-known aspects of the mission and the people who contributed to it. Google teamed up with the Smithsonian National Air and Space Museum for this project, and the stories will also appear in the Apollo 11 Knowledge Panel.

Google Arts and Culture, meanwhile, will host 40 new exhibits on Apollo 11. They include a month-by-month breakdown of how NASA prepared for the legendary mission, why the crew took shark repellent with them, interviews with broadcasters who covered the landing and a look at what last year's Neil Armstrong biopic First Man got right about the astronaut. You'll also get to learn about how you slip on a spacesuit, how Margaret Hamilton ensured the lunar lander touched down safely, what astronauts snack on and how they work out in orbit.

There are more features on the way, such as moon- and space-related tours and quizzes on Google Earth from July 15th. There'll also be a "special Moon-related surprise" on the Google homepage on July 20th. Wild guess: it'll be a Google Doodle of some kind.

In this article: apollo 11, apollo11, ar, augmented reality, augmentedreality, first man, firstman, gear, google, google arts and culture, google search, googleartsandculture, googlesearch, internet, moon, moon landing, moonlanding, neil armstrong, neilarmstrong, space
All products recommended by Engadget are selected by our editorial team, independent of our parent company. Some of our stories include affiliate links. If you buy something through one of these links, we may earn an affiliate commission.