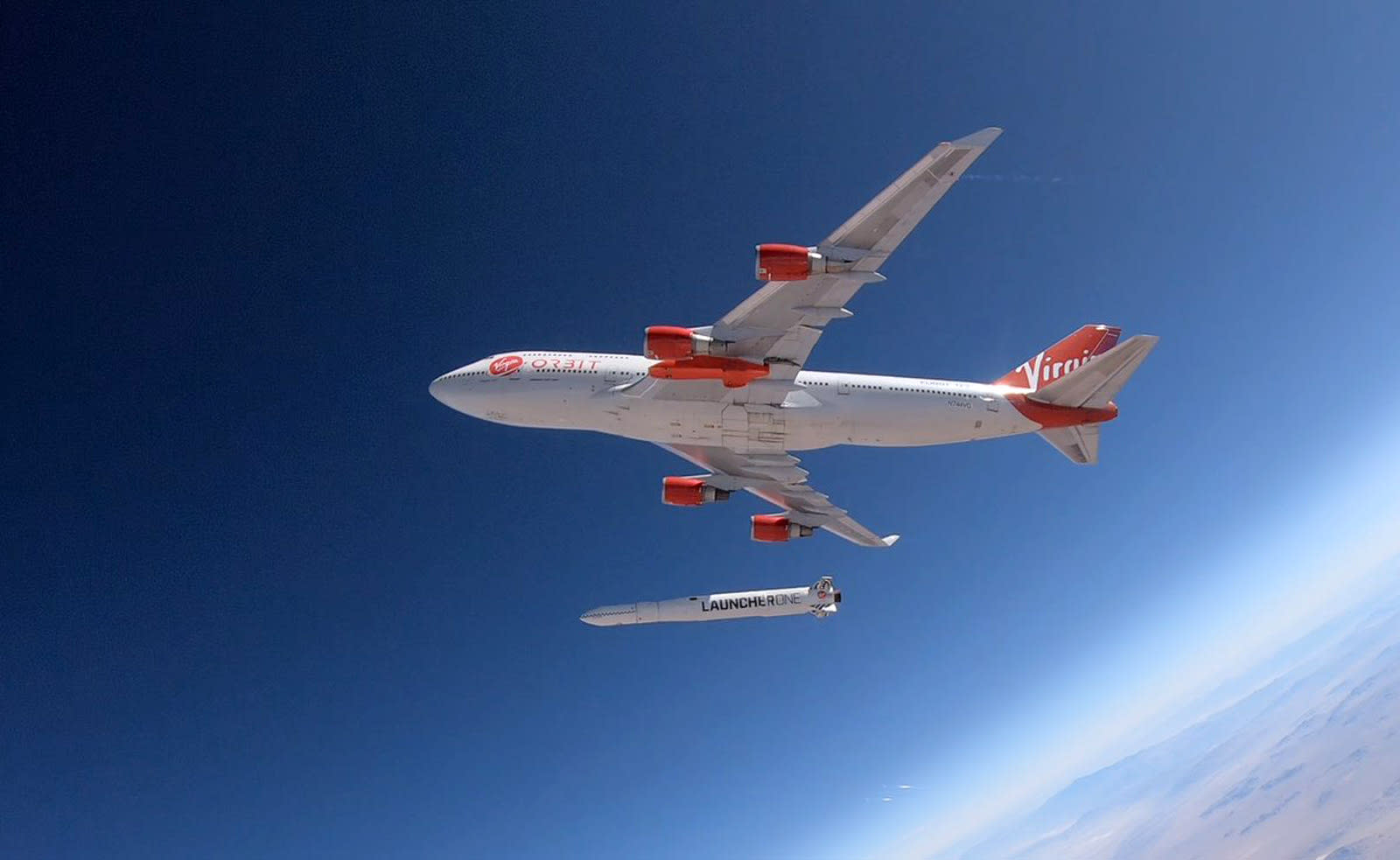 Virgin Orbit's first rocket drop test has gone off without a hitch. The company's Boeing 747 launch aircraft (Cosmic Girl) successfully dropped a dummy LauncherOne rocket from its wing above the Mojave Desert, bringing it one step closer to launching real payloads into space. The focus after this is on launching a real rocket, according to Virgin -- and it might come soon.

Company chief Dan Hart told CNBC in an interview that he hoped the first full-fledged launch would take place "before the end of the summer." A first commercial launch, meanwhile, could come roughly eight to 10 weeks after that. Virgin already has six rockets in progress in its factory, and thinks it can produce "beyond 20" per year, Hart added.

The relatively quick schedule isn't completely outlandish. Unlike Virgin Galactic, the Orbit team isn't carrying crewed vessels into space -- there's still a lot to consider, but there are clearly fewer variables. As it is, the team has plenty of incentive to hurry. Virgin expects to charge between $10 million to $15 million per flight, which is a bargain compared to other aircraft-based launches and many conventional rockets. If successful, it could become a go-to option for satellite operators that want to trim their costs.

In this article: cosmic girl, drop test, gear, launcherone, rocket, space, spaceflight, tomorrow, video, virgin orbit
All products recommended by Engadget are selected by our editorial team, independent of our parent company. Some of our stories include affiliate links. If you buy something through one of these links, we may earn an affiliate commission.