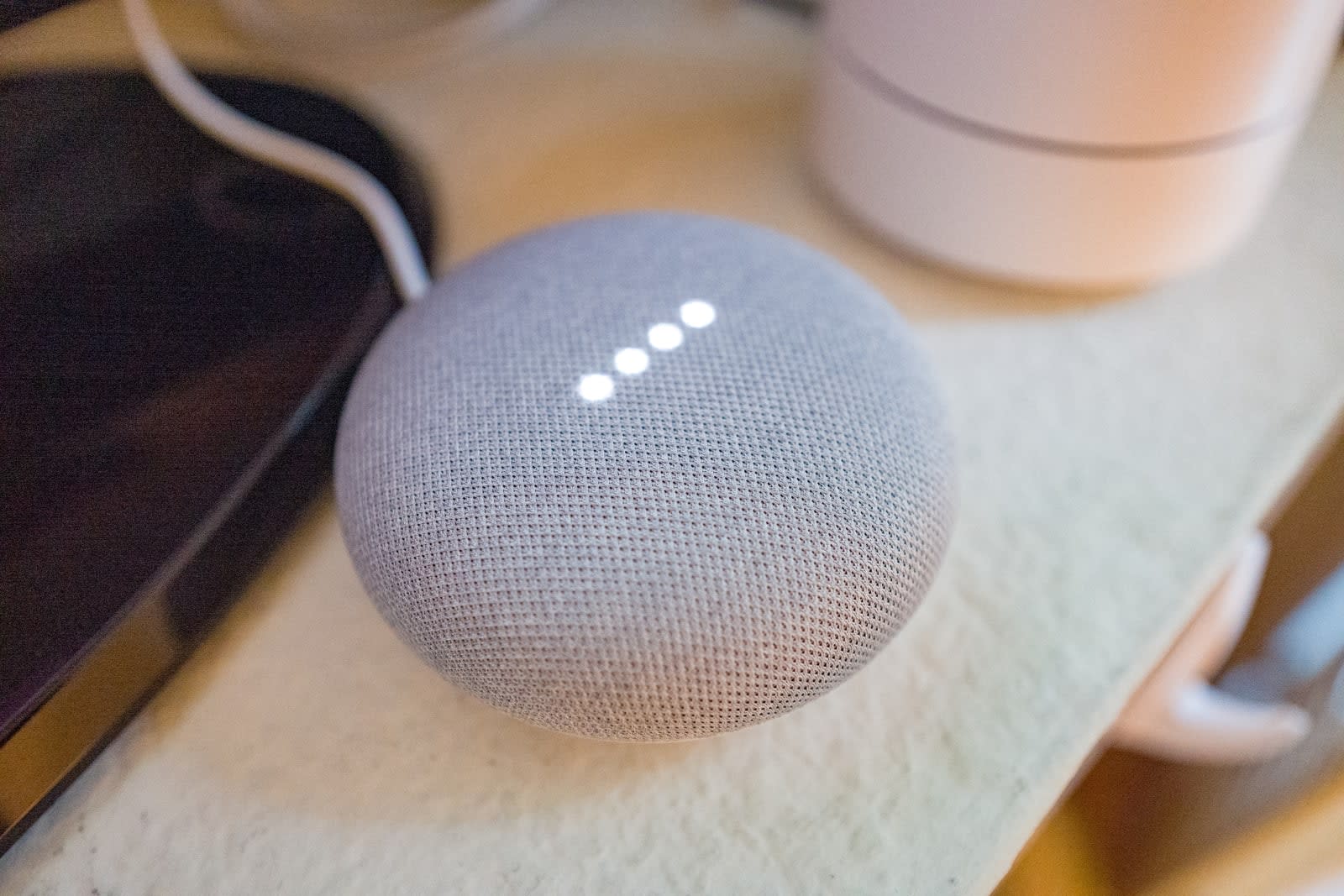 It's no secret that Google records your conversations with Google Assistant after you say a "wake word." But what you might not know is that Google uses contractors to manually review a handful of those recordings, about 0.2 percent. Yesterday, VRT NWS released reports detailing how it listened to thousands of recordings leaked by a whistleblower working for Google. At least one audio clip included a couple's address and personal information about their family.

While the recordings are not associated with user accounts, people often share personal information like names and addresses that can reveal their identities. And while Google doesn't record until users say phrases like "Hey, Google" or "OK, Google," the devices sometimes mishear other words or phrases and record conversations they aren't meant to listen in on. Some of these conversations end up being transcribed by "language experts" hired by the company.

Google claims transcribing conversations in various languages is critical to building speech technology that understands all languages, accents and dialects. According to the company, reviewers are instructed to only transcribe audio directed to Google, not background conversations or other noises.

Still, the practice, and the fact that Google's devices sometimes mistakenly record audio, raises plenty of privacy concerns. According to Wired, experts say Google is violating European Union privacy rules, which protect sensitive data like medical information and require transparency about how personal data is collected and processed.

Google isn't alone, though. Amazon also uses humans to review and transcribe audio collected by its Echo devices. For now, users have to say a wake word before the device will record, but a patent suggests Amazon wants to do away with even that limitation. And Amazon hangs onto your transcribed conversations indefinitely, unless you manually delete them. That could be especially concerning for families who use the Echo Dot Kids.

A Google spokesperson told Wired that the company will review how it clarifies its use of user data. At this point, the practice of recording and transcribing audio seems to be an industry-wide practice. Chances are the only thing that will change is how transparent companies are about what they do with your data.

Update 7/11/19 11:11AM ET: Shortly after this story was published, Google shared a response on its Keyword blog. We've updated this story to add in additional information from the company.

In this article: audio, business, contractors, data, gear, google, google assistant, internet, listen, personal data, personal information, privacy, recorded, recording, security, transcribe, transcription, transparency
All products recommended by Engadget are selected by our editorial team, independent of our parent company. Some of our stories include affiliate links. If you buy something through one of these links, we may earn an affiliate commission.