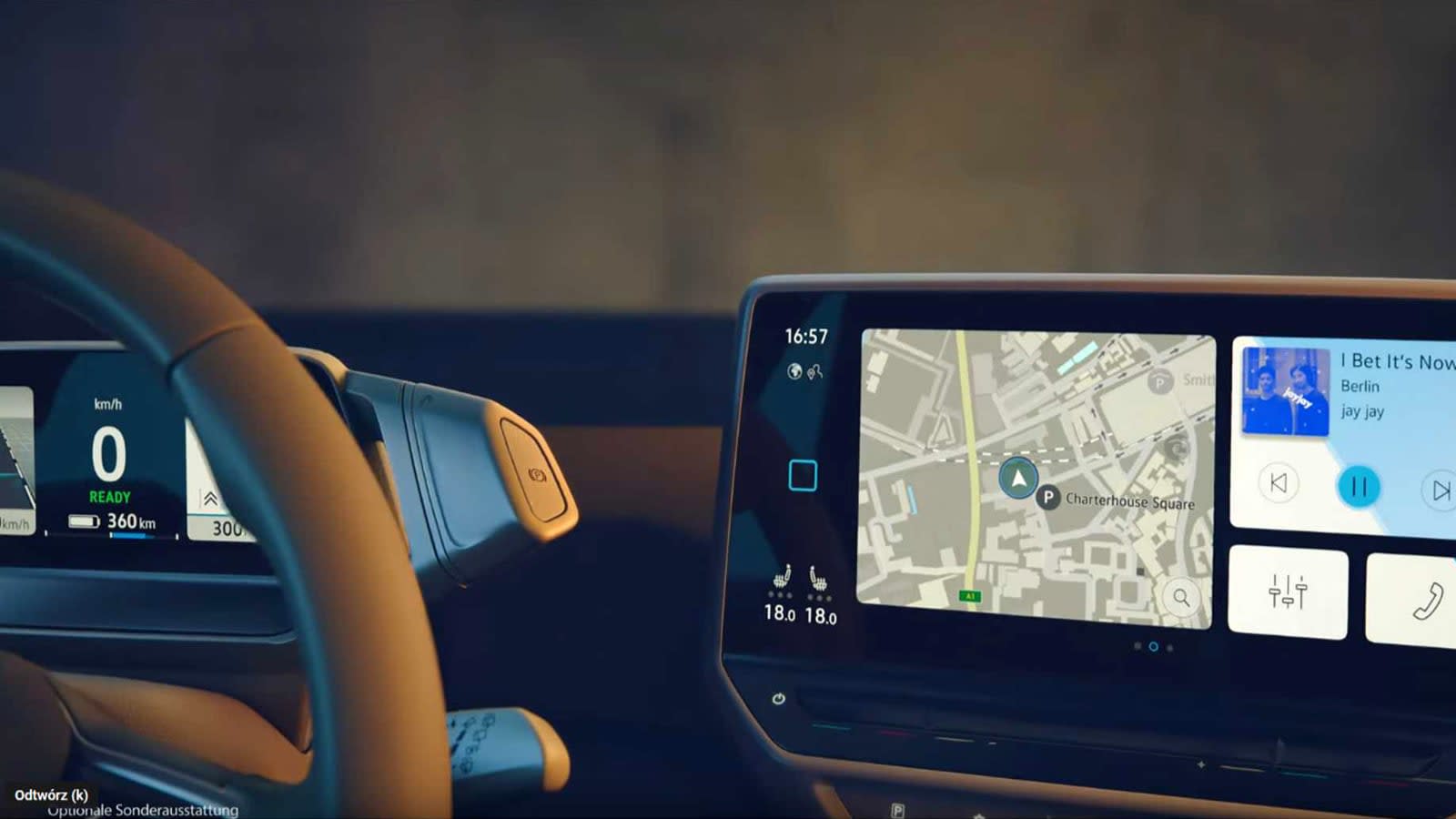 So much for VW keeping a tight lid on the ID.3's finished design. Auto Conspiracy and others have obtained a promo video for the electric hatchback's interior, showing an appropriately very connected machine. The early look suggests the ID.3 will use a slightly more Teutonic variant of the cabin from Seat's el-Born concept, with an all-screen instrument cluster, a likely 10-inch center touchscreen and a twistable shifter placed on the dash. However, the biggest addition may be what you can't see: modern voice control.

Much like Mercedes' newer cars, the ID.3 will apparently have natural-language voice commands to handle common tasks. You can say "hello ID," mention that you're feeling cold and expect your car to turn up the heat. There isn't an extensive demo of the functionality, but it's promising if you hate reaching over to tweak the AC or make a phone call.

VW quickly pulled the clip from its own channels, but we wouldn't rule out a swift return. The promo video still shows the ID.3's exterior wrapped in the neon-hued camouflage used to pitch the car in recent months. It wouldn't be surprising if the video was meant to build up hype in the last weeks before the ID.3's official reveal at the Frankfurt Motor Show in September. If nothing else, it suggests that VW's first from-scratch EV will feel fresh for the brand, if not out of line with what you get from rivals.

In this article: electric car, electric vehicle, ev, gear, id.3, id3, transportation, video, voice assistant, volkswagen, vw
All products recommended by Engadget are selected by our editorial team, independent of our parent company. Some of our stories include affiliate links. If you buy something through one of these links, we may earn an affiliate commission.