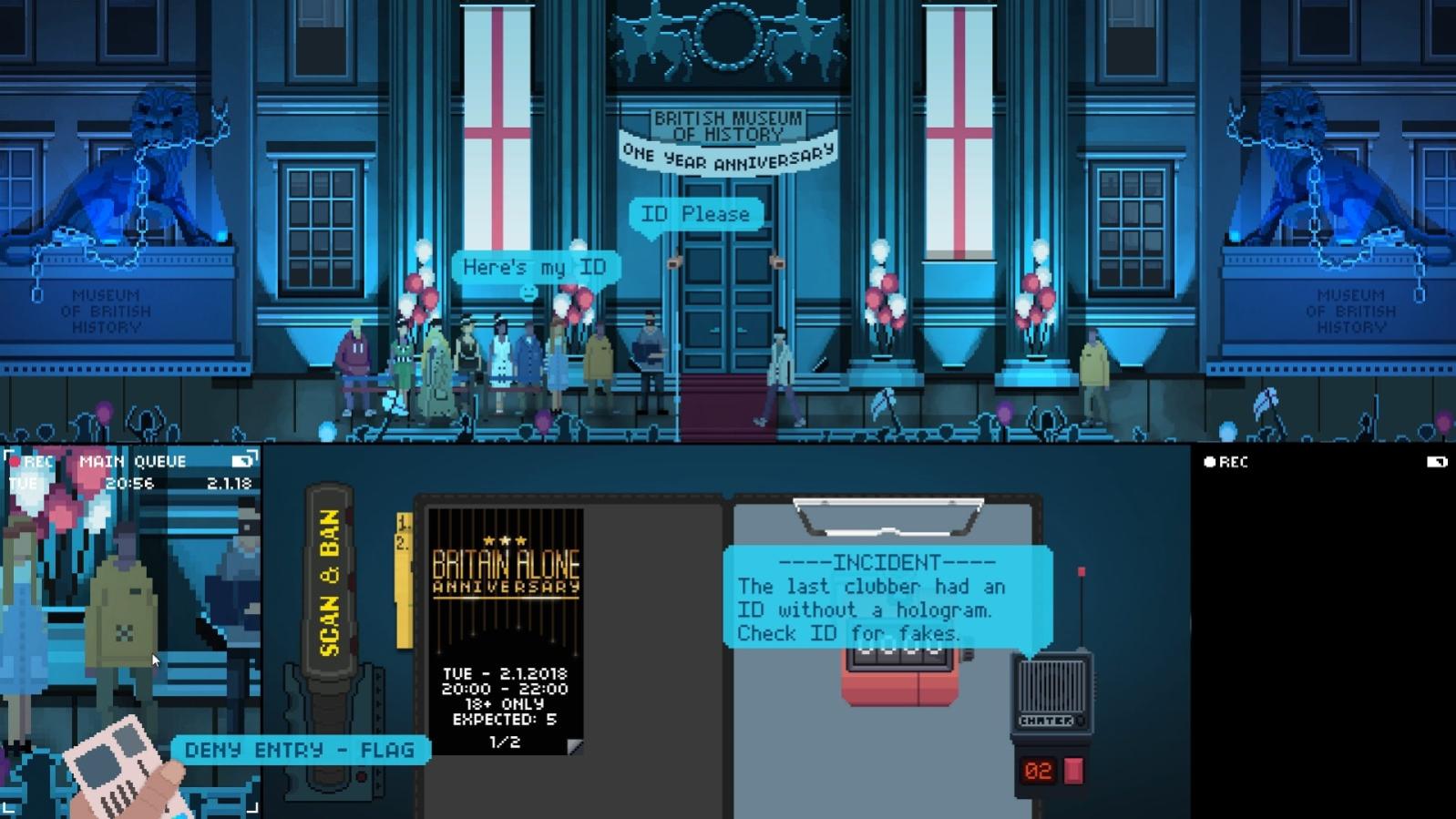 The anti-Brexit game Not Tonight may be a year old, but it's still just as relevant. With the Brexit deadline pushed back to October and heightened political tension in the US, the game's digs at the gig economy, right-wing extremism and nationalism are timely. Soon, you'll be able to take all of that on the go. No More Robots and developer PanicBarn are bringing the RPG game to Nintendo Switch with new content.

Like the original, Not Tonight: Take Back Control Edition for Switch is set in an alternative version of Britain. Brexit talks have collapsed and an extreme right-wing government has seized power. The gig economy prevails, and you're forced to work as a bouncer who turns away European citizens. You're tasked with manning the door at pubs, clubs, festivals and parties -- finding work via the BouncR app. You'll be able to upgrade your apartment and equipment to prepare for whatever the bleak future holds. And as always, the game will test your moral compass, forcing you to decide what lengths you'll go to in order to survive in a troubled Britain. Unfortunately, the game isn't quite ready yet, but it should be available for Switch "within the next few months."

In this article: av, brexit, britain, extremism, gaming, gig economy, government, nintendo, nintendo switch, no more robots, not tonight, PanicBarn, politics, rpg, switch
All products recommended by Engadget are selected by our editorial team, independent of our parent company. Some of our stories include affiliate links. If you buy something through one of these links, we may earn an affiliate commission.