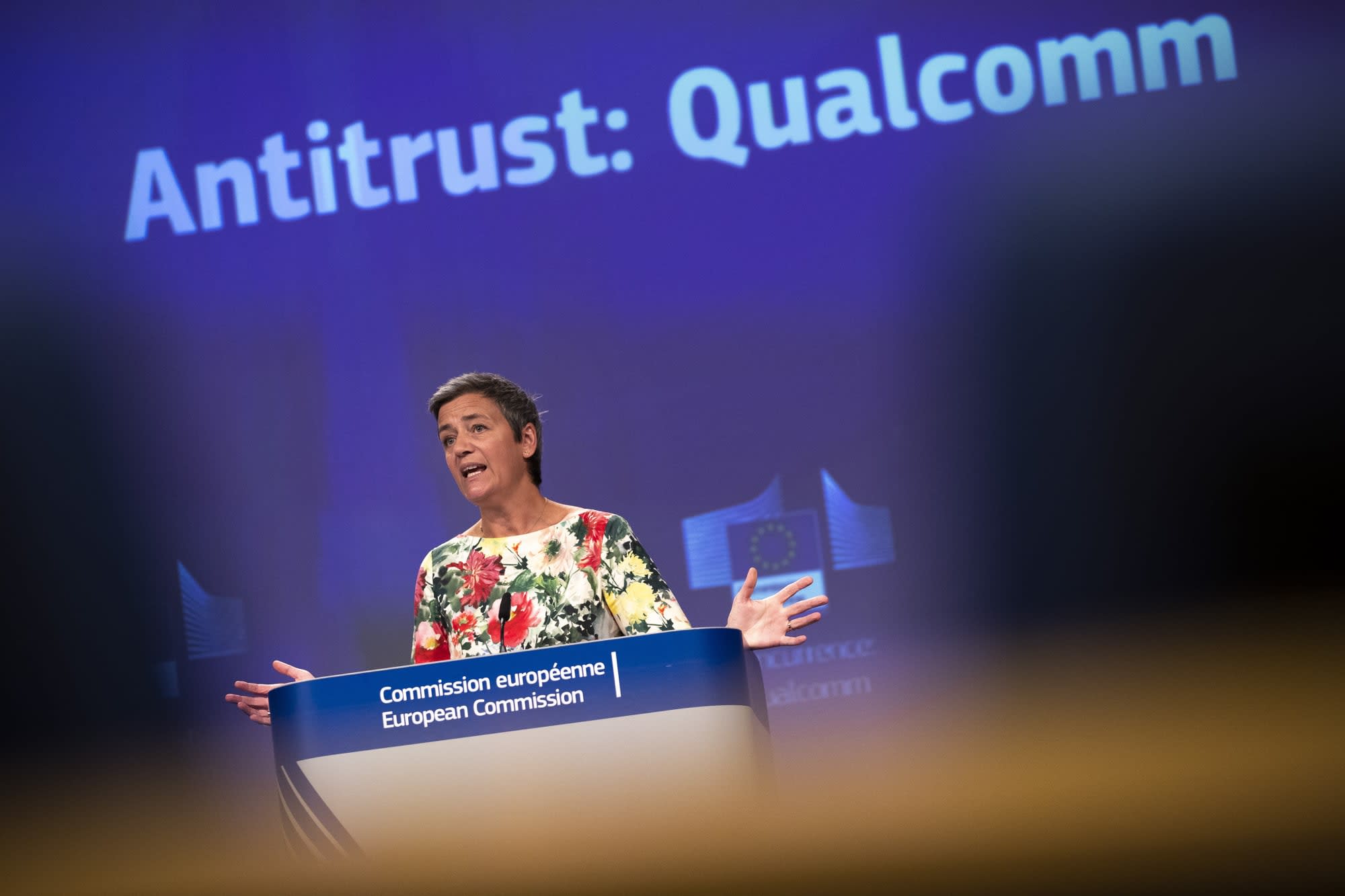 Fresh off its high-profile feud with Apple, Qualcomm is suffering more legal woes. An investigation by the European Commission has found Qualcomm abused its market dominance in the manufacture of 3G baseband chipsets and will have to pay a steep €242 million ($271 million) fine.

The case refers to a period between 2009 and 2011 when Qualcomm was in competition with NVIDIA's modem business, Icera, to create smaller and more efficient wireless chips. The Commission found that Qualcomm sold its chipsets below cost to Huawei and ZTE in order to eliminate the competition. The strategy worked to cement Qualcomm's market leadership and Nvidia eventually wound the company down in 2015.

The Commission described Qualcomm as engaging in predatory pricing, saying, "The targeted nature of the price concessions made by Qualcomm allowed it to maximise the negative impact on Icera's business, while minimising the effect on Qualcomm's own overall revenues from the sale of UMTS chipsets."

Due to the company causing a detrimental effect on competition, it will be fined 1.27 percent of its turnover for 2018.

Qualcomm is also currently in a legal battle with the US Federal Trade Commission, with a federal judge ruling that it engaged in anti-competitive behavior by charging unreasonably high royalties for its patents. That case is currently being appealed, with the Justice Department asking the appeals court to put the ruling against the company on hold for reasons of "US national security."

In this article: antitrust, business, european commission, legal, Qualcomm, tomorrow
All products recommended by Engadget are selected by our editorial team, independent of our parent company. Some of our stories include affiliate links. If you buy something through one of these links, we may earn an affiliate commission.