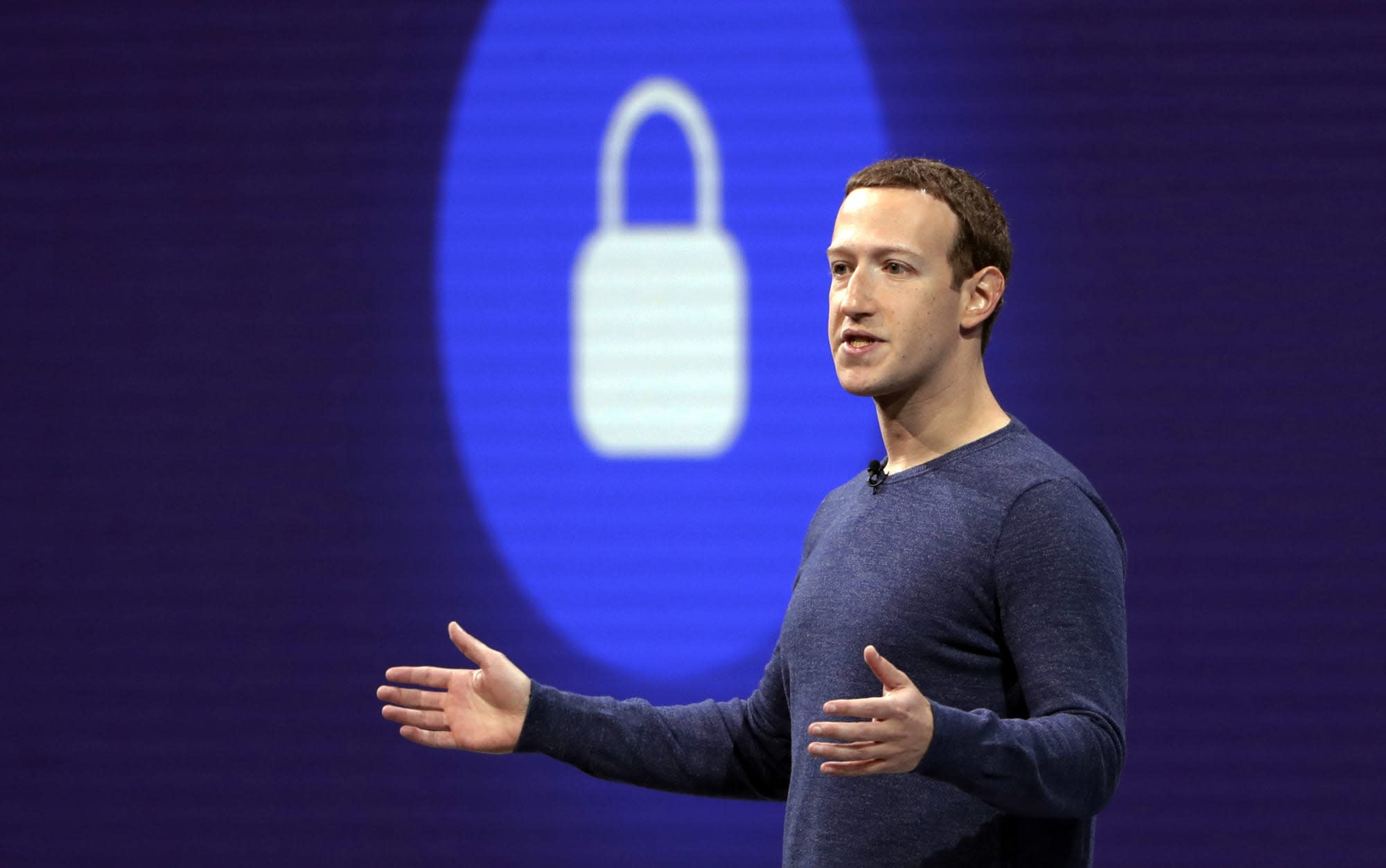 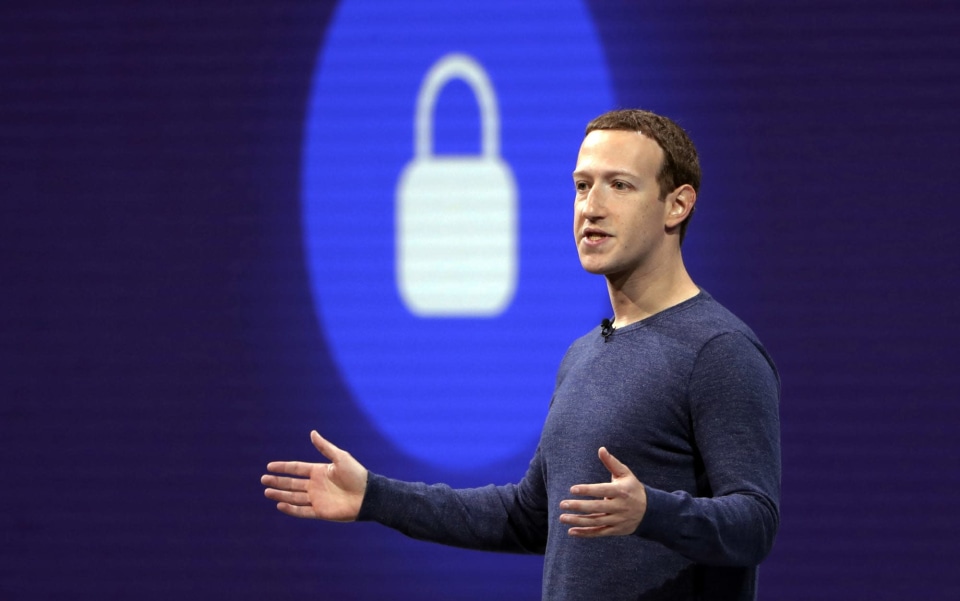 Facebook has had a lot of bad days since the Cambridge Analytica data scandal first erupted in March 2018. But today might be the worst: The FTC formally announced its $5 billion fine as well as a 20-year settlement order that dictates a new management structure, the creation of an independent privacy committee and new rules about how it must monitor and report potential privacy issues. The company was also separately fined $100 million by the SEC and announced it discovered that some of its partners (including Microsoft and Sony) still had access to Facebook user data after it was supposed to have closed it off late last year.

Coincidentally, a documentary on Facebook's misdeeds called The Great Hack is hitting Netflix today, bringing even more negative attention on the company. Meanwhile, CEO Mark Zuckerberg will have to answer to investors this evening after the company releases its quarterly earnings report.

And you know what? This isn't going to change a thing.

Facebook will continue to earn tons of money and will likely continue to play fast and loose with its users' data -- because the FTC and the stock market have proved it can get away with it. Meanwhile, billions of people will keep using its apps.

While the $5 billion fine -- the largest in FTC history -- just became official, it was hardly unexpected. And it's also hardly enough to make a difference to a company of this size. Facebook itself even forecasted a fine between $3 billion and $5 billion in its earnings report three months ago, opting to take a $3 billion profit hit to get ahead of the fine.

And despite the historic nature of this fine, it hasn't impacted Facebook's stock in the least. In fact, when The Wall Street Journal reported earlier this month that its settlement with the FTC was finally complete, the company's stock rose significantly. Investors felt assured the company wasn't in any real trouble.

Plenty of analysts immediately noted that while the fine may be historic, it was nothing more than a slap on the wrist. Indeed, Facebook made more than $15 billion in revenue last quarter; this fine represents just one month of cash the company earned. That's not nothing, but it's something the company can simply pay and move on from without any long-term consequences. To put it in perspective, Forbes estimates Zuckerberg's personal net worth at nearly $75 billion. He could pay this fine out of his own pocket 10 times over and still have ungodly personal wealth.

More important than the immediate financial impact is the message this fine sends to Facebook and other powerful companies that deal in our personal data. And this judgement seems to validate everything that Facebook did to get here. In the first quarter of 2017, Facebook reported $7.9 billion in revenue. And after two years of extreme turmoil, bad decisions and controversy, the company reported $15 billion in revenue in the first quarter of 2019. Facebook nearly doubled revenue despite being constantly embroiled in scandals.

If I were on Facebook's board of directors, I'd be looking at this $5 billion fine as the cost of doing business.

The FTC's Democratic minority agrees. "When companies can violate the law, pay big penalties and still turn a profit while keeping their business model intact, enforcement agencies cannot claim victory," Democratic commissioner Rohit Chopra writes in his dissent. Chopra also notes the lack of concrete penalties for individuals at Facebook -- most significantly for CEO Mark Zuckerberg -- as another failure. "The fine print in this settlement gives Facebook a lot to celebrate, particularly when it comes to the blanket immunity for unspecified violations by Facebook and its executives. This is a disappointing precedent for the FTC to set, since more companies may now seek ways to buy broad immunity."

Marc Rotenberg, executive director of the Electronic Privacy Information Center, shared a similar viewpoint with The New York Times. "There are no significant changes in business practices mandated," he said. "That's the bottom line. And that's the wrong outcome."

If Facebook hasn't been significantly hurt from a financial perspective and also isn't under major pressure to change the way it operates business, what's to stop the company from continued callousness toward user privacy? Might the court of public opinion hold more influence? There's no sign of that yet. Monthly active users in March 2019 were a whopping 2.38 billion, up eight percent year over year. That's not huge growth -- but Facebook is still growing. (We'll see if that's changed in today's earnings report, but I'll eat my hat if Facebook usage has declined in any significant way.)

It's not hard to imagine another privacy scandal breaking in the next few years. What if Facebook is found to have continued some of its more careless business practices? Will the FTC fine it $10 billion this time or maybe even $20 billion? Quadrupling its fine would send a stronger message -- but given how Facebook's revenue continues to grow, it would probably be another drop in the bucket, just another expense on its balance sheet as it continues to take over the internet as we know it. Other companies may look at this judgement and have the same takeaway: Fines for misusing customer data are apparently table stakes on the modern internet.

In this article: business, cambridge analytica, editorial, facebook, ftc, gear, internet, Mark Zuckerberg, privacy, security, tomorrow
All products recommended by Engadget are selected by our editorial team, independent of our parent company. Some of our stories include affiliate links. If you buy something through one of these links, we may earn an affiliate commission.