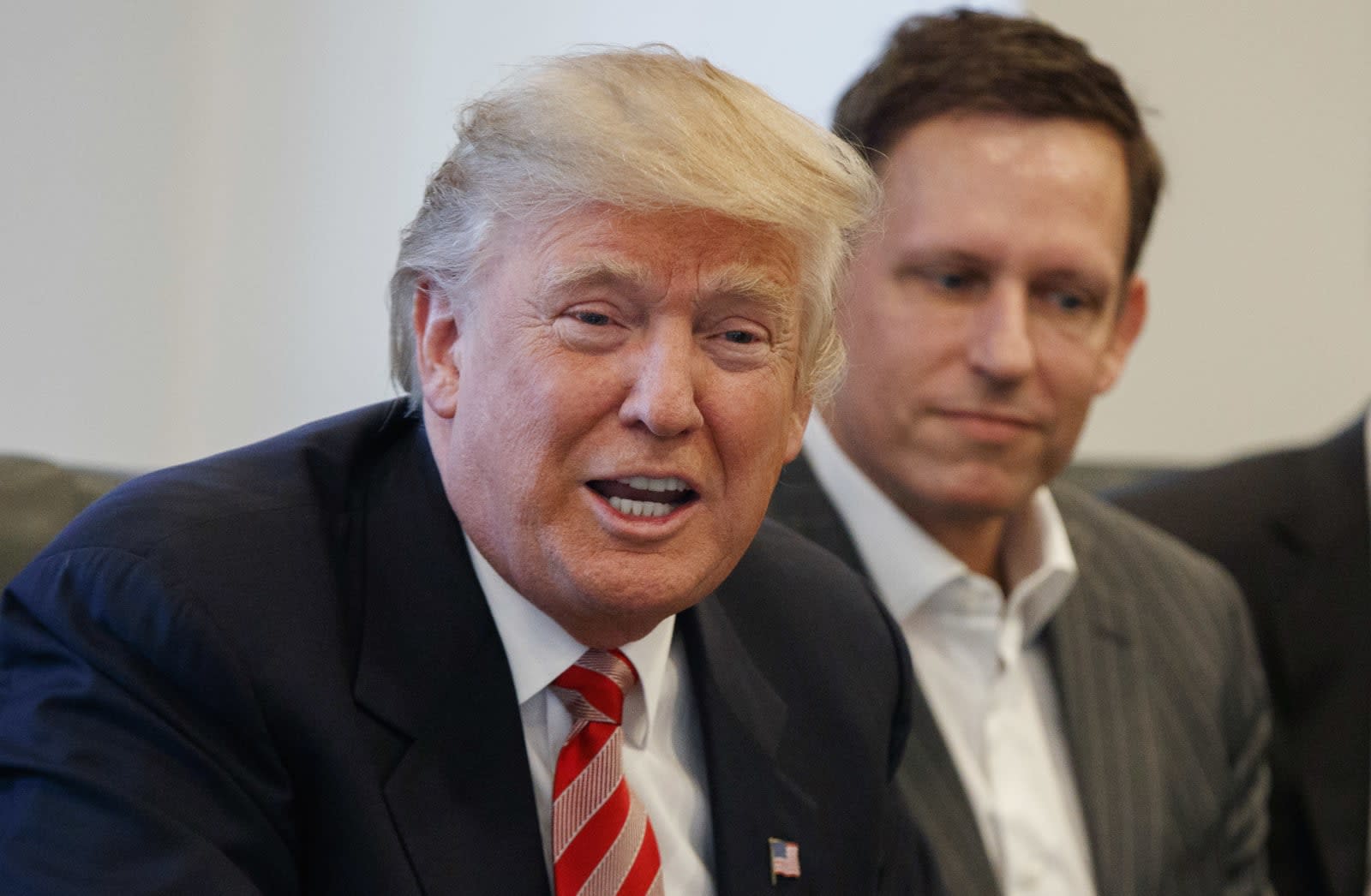 Earlier this month, Facebook board member and billionaire investor Peter Thiel accused Google of working with China's government. Today, The Wall Street Journal reports that Treasury Secretary Steven Mnuchin said that he and President Trump have no national security concerns about Alphabet Inc.'s work in China.

Thiel used the stage at National Conservatism Conference in Washington DC to call for the FBI and CIA to investigate Google's China ties. Thiel specifically cited Google's work on AI. But the same day Google confirmed that it killed plans for its controversial search engine, Dragonfly. The timing raised suspicion, and Trump tweeted that his administration would "take a look."

"The president and I did diligence on this issue, we're not aware of any areas where Google is working with the Chinese government in any way that raises concerns," Mnuchin said today. He noted that Google continues to work with the US Department of Defense and that its work with China is "very, very limited."

Thiel's bold accusations surprised many. Thiel allegedly left Silicon Valley because he was tired of its liberal politics. He backed the president's election campaign and served on his White House transition team. But sources close to Thiel told The Wall Street Journal that, until now, he hasn't shared much criticism of Google, publicly or privately.

It's still unclear exactly why Google shelved its Dragonfly project or if the decision to do so was in any way related to Thiel's accusation. Chances are the timing was coincidental, but when the dust of these charges settle, we may learn more.

In this article: accusations, ai, allegations, alphabet, business, china, criticism, dragonfly, facebook, gear, google, national security, peter thiel, politics, president trump, search engine, steven mnuchin, tomorrow, trump administration
All products recommended by Engadget are selected by our editorial team, independent of our parent company. Some of our stories include affiliate links. If you buy something through one of these links, we may earn an affiliate commission.