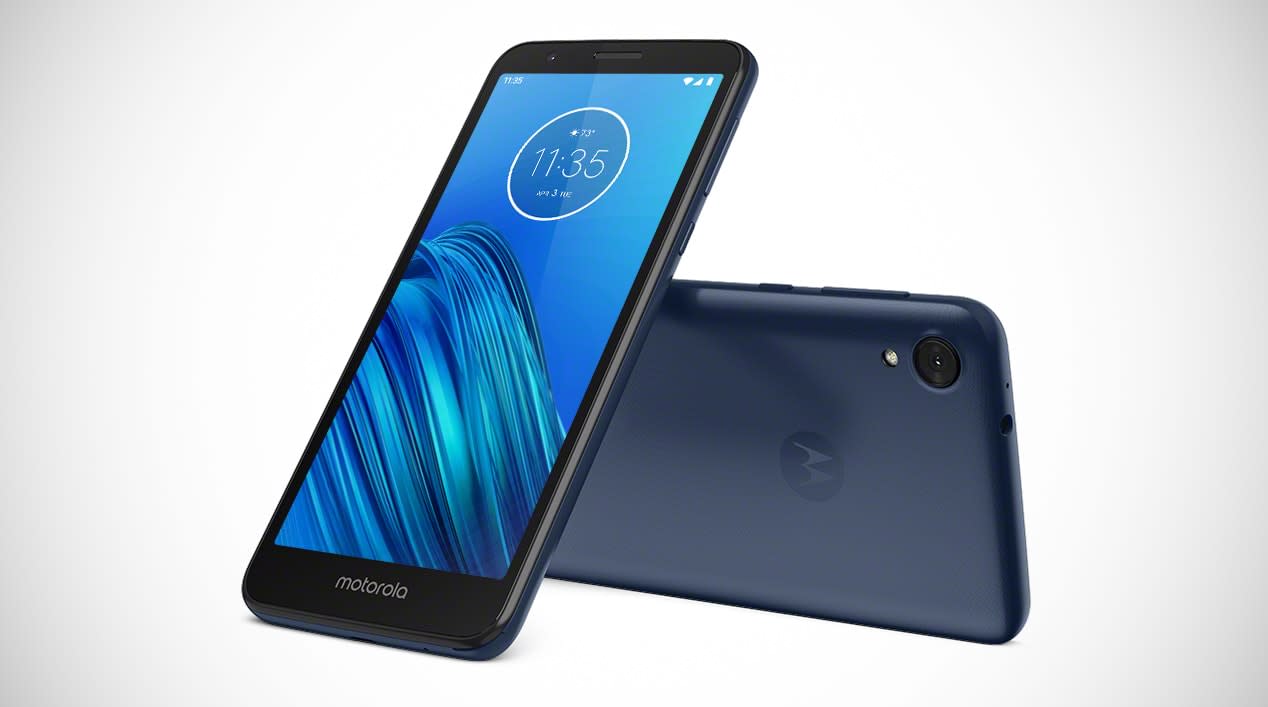 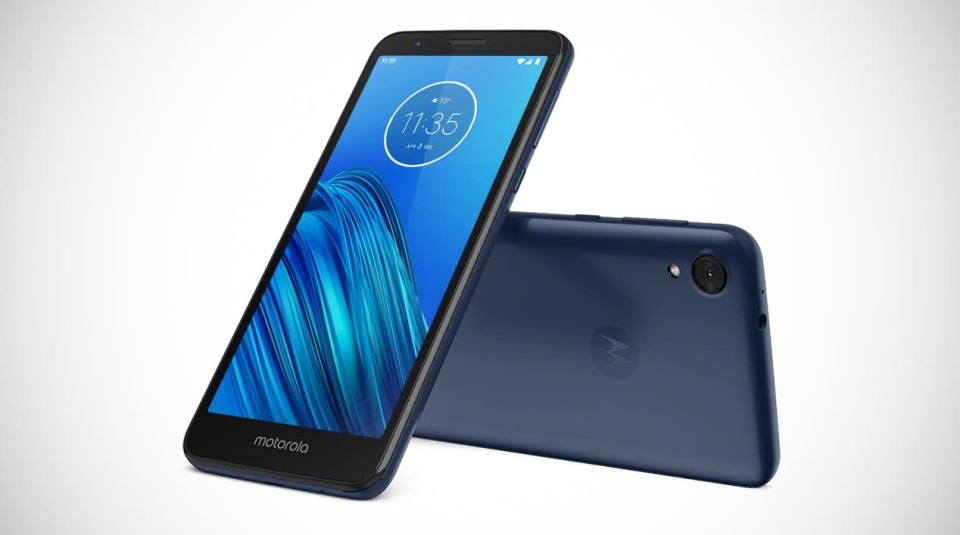 Motorola's reputation as a champion of excellent, inexpensive smartphones has never been seriously challenged, and devices like the new Moto Gs have helped the brand maintain its hold on the mid-range market. Of course, not everyone has $250 to drop on a new smartphone — that's where the 6th generation Moto E comes into play. It's the latest entrant in Motorola's popular low-cost line, and while it doesn't pack many thrills, it might not be a bad choice for smartphone shoppers on a budget. That is, if you're willing to live with some trade-offs.

To start, the $150 E6 is still a plasticky device through and through, but it feels more than sturdy enough to handle being tossed around a bit. Up front, there's a 5.5-inch, 18:9 LCD screen running at 1440x720, driven by one of Qualcomm's octa-core Snapdragon 435 chipsets and 2GB of RAM. That choice of chip makes for fairly speedy performance, as does the inclusion of Android 9.0 Pie, but this might not be enough to warrant an upgrade if you bought one of last year's models. Remember: The Moto E5 Plus used the exact same processor, albeit with slightly more RAM. Rounding out the package is a 3,000mAh battery (down from the 4,000mAh cell we saw in the Moto E5), 16GB of onboard storage (expandable with microSD cards as large as 256GB) a headphone jack, and a 13-megapixel rear camera.

Ah yes, the camera. Motorola phones have never really been known for their stunning photographic chops, but the brand has pivoted to focus on improving its camera experience. You'd be wise not to expect a whole lot from the Moto E6's 13-megapixel rear camera, but on paper at least, it's not half-bad; we're working with an f/2.0 aperture and 1.12-micron pixels on that sensor, which Motorola says should give the phone a boost in low light. More importantly, Motorola figured out how to bring some of its popular photography tricks to its cheapest phone — there's a software-powered Portrait mode here, along with a Spot Color mode that produces monochrome images punctuated by bright chromatic splashes.

So yeah, the Moto E6 is shaping up to be a passable — if not exactly exciting — choice for first-time smartphone owners. Slightly more interesting than the phone itself is the relative restraint Motorola has embraced this time around. Last year, the brand released a trio of low-cost Moto E devices; some were available unlocked, others were offered exclusively through carrier partners, and each attempted to cater toward a different slice of the entry-level smartphone market. It was a great idea in theory but it bordered on overkill, especially compared to the lean selection of devices that made Motorola such a powerhouse a few years ago. At least where its least expensive devices are concerned, Motorola now seems convinced that less is more.

The downside to that philosophy, though, is that the Moto E6 is one device meant to fill a hole that used to be occupied by three. With that in mind, it's not hard to look at the E6 in terms of what it doesn't have — its battery and screen are smaller than what you'd find in last year's E5 despite the fact that it costs more money. It doesn't have a fingerprint sensor, like some of last year's E models did, either. And beyond that, it completely lacks the ambition and the utility of devices like the Moto E5 Play. To say that the E6 is less interesting than its predecessors would be pretty generous, but that's just how it goes sometimes — it's clear that Motorola's bigger priority is making sure there's a better mid-range option for just about everyone.

In this article: gear, mobile, moto e, moto e6, motorola, smartphone
All products recommended by Engadget are selected by our editorial team, independent of our parent company. Some of our stories include affiliate links. If you buy something through one of these links, we may earn an affiliate commission.