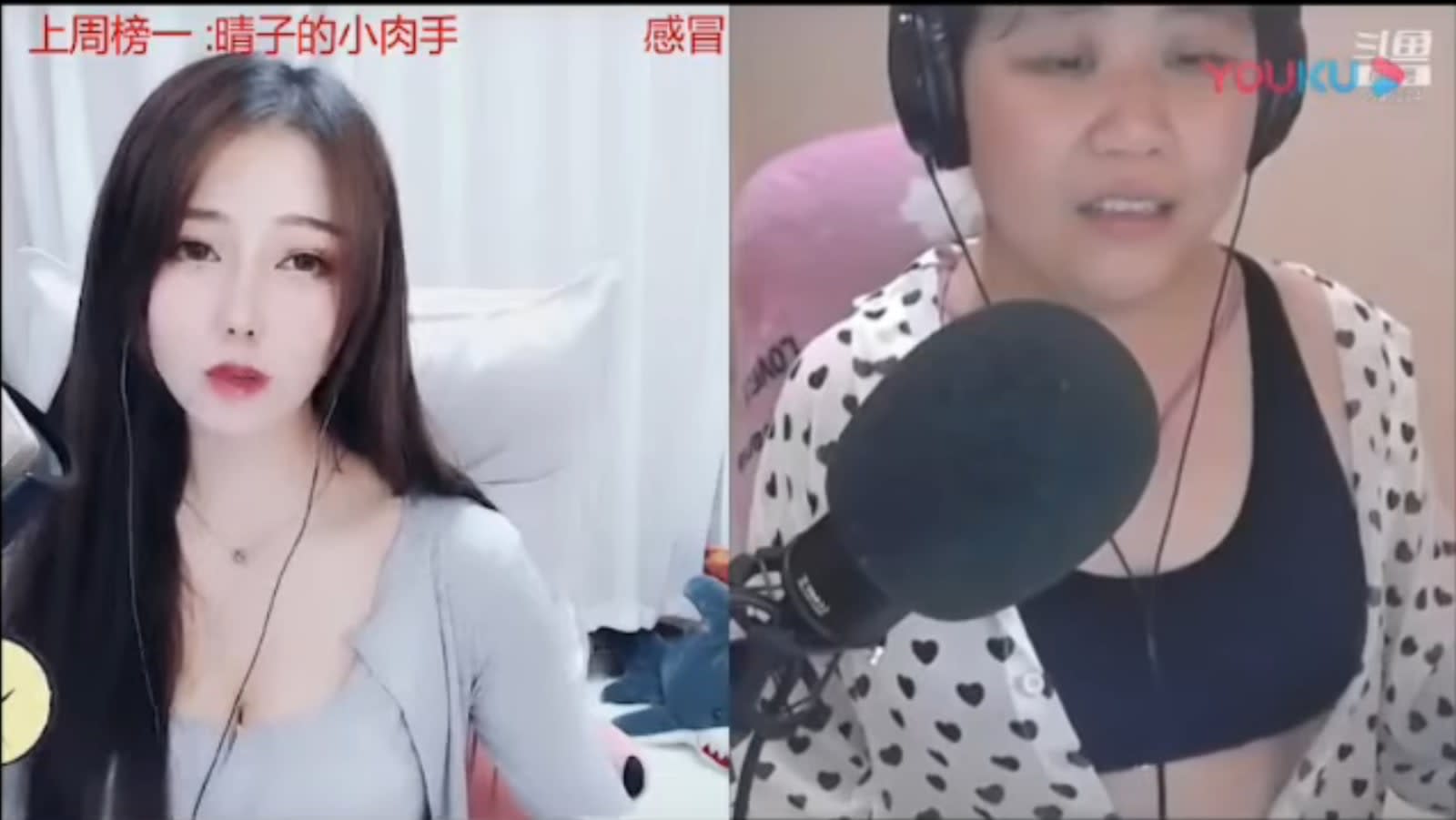 It appears we're now in the era of face filter malfunctions. The popular Chinese vlogger known as "Your Highness Qiao Biluo" was revealed to be decades older than the online persona she projected to her thousands of fans. A technical glitch during one of the star's livestreams last week showed that she was using a face filter, reported Lychee News. The young, long-haired woman that China's Global Times said fans called a "cute goddess" was gone -- and in her place was an unrecognizable older woman.

The incident occurred while Your Highness Qiao Biluo was on a joint-live stream with another user on Douyu, a popular Chinese livestream platform that has been likened to Twitch. As the Global Times reported, fans began urging Qiao Biluo to remove her filter and show her real face. The star demurred, countering that she would only do so if fans sent higher donations. "I can't show my face until I receive gifts worth 100,000 yuan (or $11,950). After all, I'm a good-looking host," she said. Donations began pouring in, with the largest gift reported to be upwards of $5,000 dollars. But at one point, the filter faded -- and the man (or in this case, woman) behind the curtain was revealed. The streamer only noticed there was a problem when followers began exiting a paid VIP room in droves. Footage of the revealing moment has been uploaded to YouTube, which you can see below.

While the incident has gone viral on Chinese social media due to the surprising nature of the reveal, the act of using filters is a common practice in the country's livestreaming community. A documentary by the South China Morning Post revealed popular livestreaming stars using makeup and filters to create entirely different faces; poreless, highlighted visages that bear a passing resemblance to the actual vlogger. Some vloggers even use heavy makeup to create fake collarbones and abs.

This type of AR-assisted grift among influential internet personalities is hardly unique to China. While cases of all-out deception such as Biluo's are rare, the practice of using more subtle filters or airbrushing is widespread among influencers on YouTube and Instagram. American YouTube makeup artist Tati Westbrook was revealed to be using filters during her tutorial videos. A British makeup artist, Kadeeja Sel Khan, admitted to extensively editing her photos for Instagram. But as filters become more common and less easy to detect, so does the potential for backlash among fans. In an ironic twist, while Your Highness Qiao Biluo lost some followers after the initial revelation, the BBC reported that negative attention has led to her gaining roughly 500,000 new followers and counting.

In this article: ar filters, av, entertainment, face filters, facetune, internet, twitch, Vlogger, tomorrow
All products recommended by Engadget are selected by our editorial team, independent of our parent company. Some of our stories include affiliate links. If you buy something through one of these links, we may earn an affiliate commission.