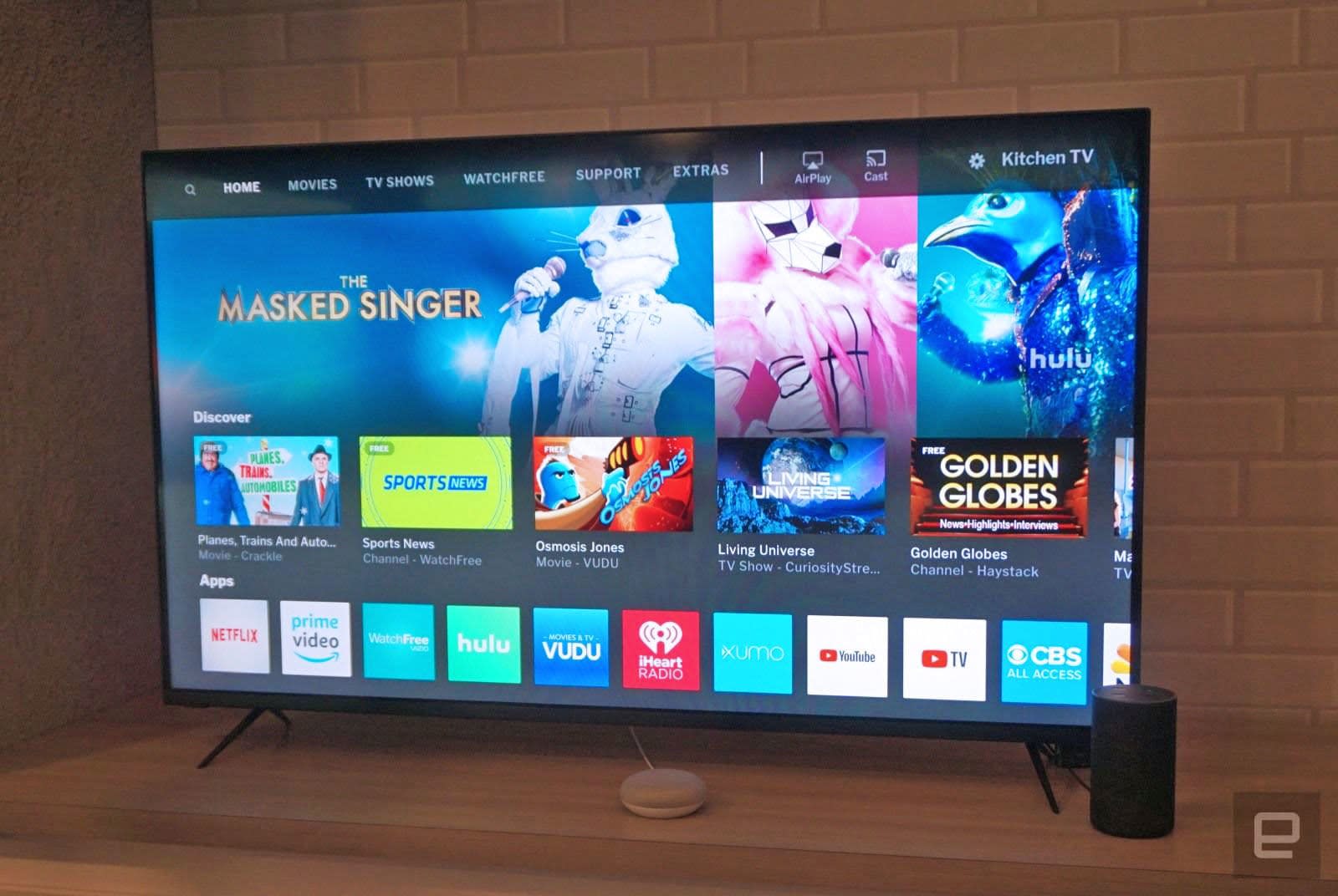 After unveiling it at CES 2019, Vizio has announced that it's finally rolling out support for Apple's AirPlay 2 and HomeKit platforms. Coming via an update to its SmartCast 3.0 platform, it'll let users play videos, music and photos directly from iPhone, iPad and Mac devices. Best of all, it'll work not just on its recent 2019 TVs, but on Vizio SmartCast models dating all the way back to 2016.

Apple device owners will be able to stream movies with 4K and Dolby Vision and play songs, or mirror photos, web pages, presentations and other content to Vizio SmartCast TVs. Thanks to AirPlay's multi-room powers, you'll be able to access video or audio across VIZIO SmartCast TVs, HomePod or other speakers at the same time, all in sync.

HomeKit support, meanwhile, lets you use an iPhone or iPad as a Vizio TV remote, or play movies, TV shows and music using Siri. A Vizio TV can also be used in "scenes" or automation programs just like any other HomeKit accessory. If Apple isn't your thing, Vizio TVs also support Google Assistant and Alexa via previous SmartCast 3.0 updates.

Vizio's SmartCast TVs range from $260 for a 40-inch V-series model to $3,500 for the 75-inch P-Series Quantum X. The update makes them a lot more useful to Apple owners, but Vizio said the update just started rolling out, so it might take a while to arrive to your neighborhood.

Update 7/31/19 1:42 PM ET: The post originally said that you can use a HomePod as a Vizio speaker, but Vizio tells Engadget that feature isn't supported. The post has been updated with the correct wording.

In this article: 4K, Airplay, av, entertainment, gear, Homekit, iPad, iPhone, SmartCast3.0, thebuyersguide, TVs, Vizio
All products recommended by Engadget are selected by our editorial team, independent of our parent company. Some of our stories include affiliate links. If you buy something through one of these links, we may earn an affiliate commission.