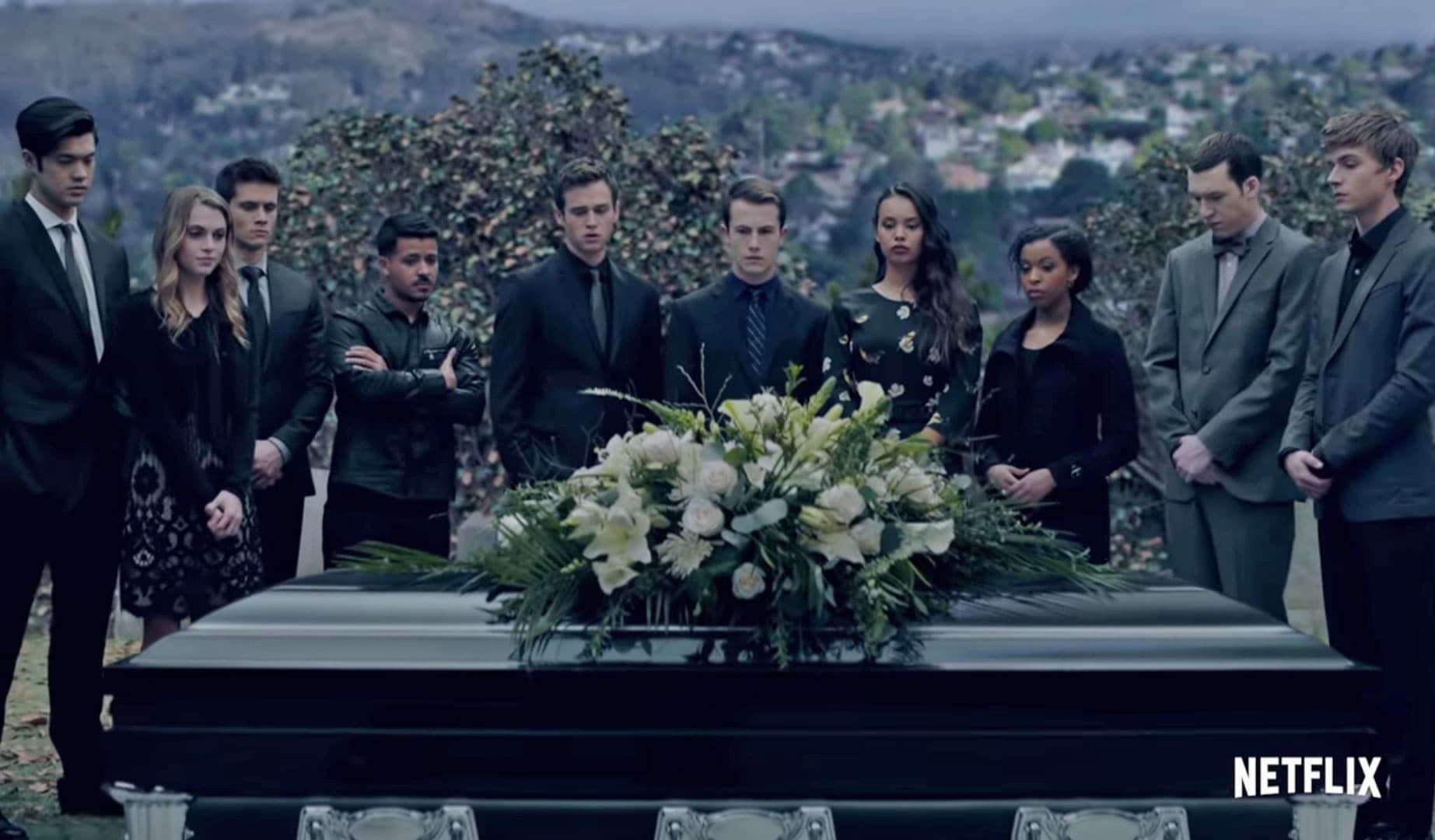 Spoiler alert: This post contains info on 13 Reasons Why seasons 1 and 2. If you haven't watched them yet, you've been warned.

Netflix unveiled the trailer for the third season of its controversial teenage drama, which debuts on the streaming service on August 23rd. The new season of 13 Reasons Why focuses on the unexplained murder of its reviled antagonist, football star Bryce Walker.

Fans are more than familiar with Walker (played by Justin Prentice), the popular high school senior who raped Hannah Baker, the show's main character. Baker's suicide after the incident and the mystery surrounding it serves as the first season's premise. The trailer opens with an unseen female narrator (not Baker) and ends with the students of Liberty High gathered at the funeral of Bryce Walker.

From Entertainment Weekly, here's the synopsis of the third season:

"Eight months after preventing Tyler from committing an unthinkable act at Spring Fling, Clay, Tony, Jessica, Alex, Justin, and Zach find ways to shoulder the burden of the cover-up together while helping Tyler move toward recovery. But when the aftermath of a tumultuous Homecoming game culminates in the disappearance of a football player, and Clay finds himself under police scrutiny, it's up to a shrewd outsider to steer the group through an investigation that threatens to lay bare everyone's deepest secrets. The stakes are raised in this riveting third season of 13 Reasons Why, as the consequences of even the most well-intended actions can alter a life forever."

Since the show first aired in 2017, its graphic depictions of suicide and sexual assault have raised concerns from clinical psychologists and school groups. The show's creators recently edited a particularly graphic scene in the season finale after speaking to medical experts. The second season was poorly received by critics, many of whom questioned the need for extending the storyline. Netflix has renewed the show for a fourth season, which will be its last.

In this article: 13 reasons why, av, entertainment, netflix
All products recommended by Engadget are selected by our editorial team, independent of our parent company. Some of our stories include affiliate links. If you buy something through one of these links, we may earn an affiliate commission.