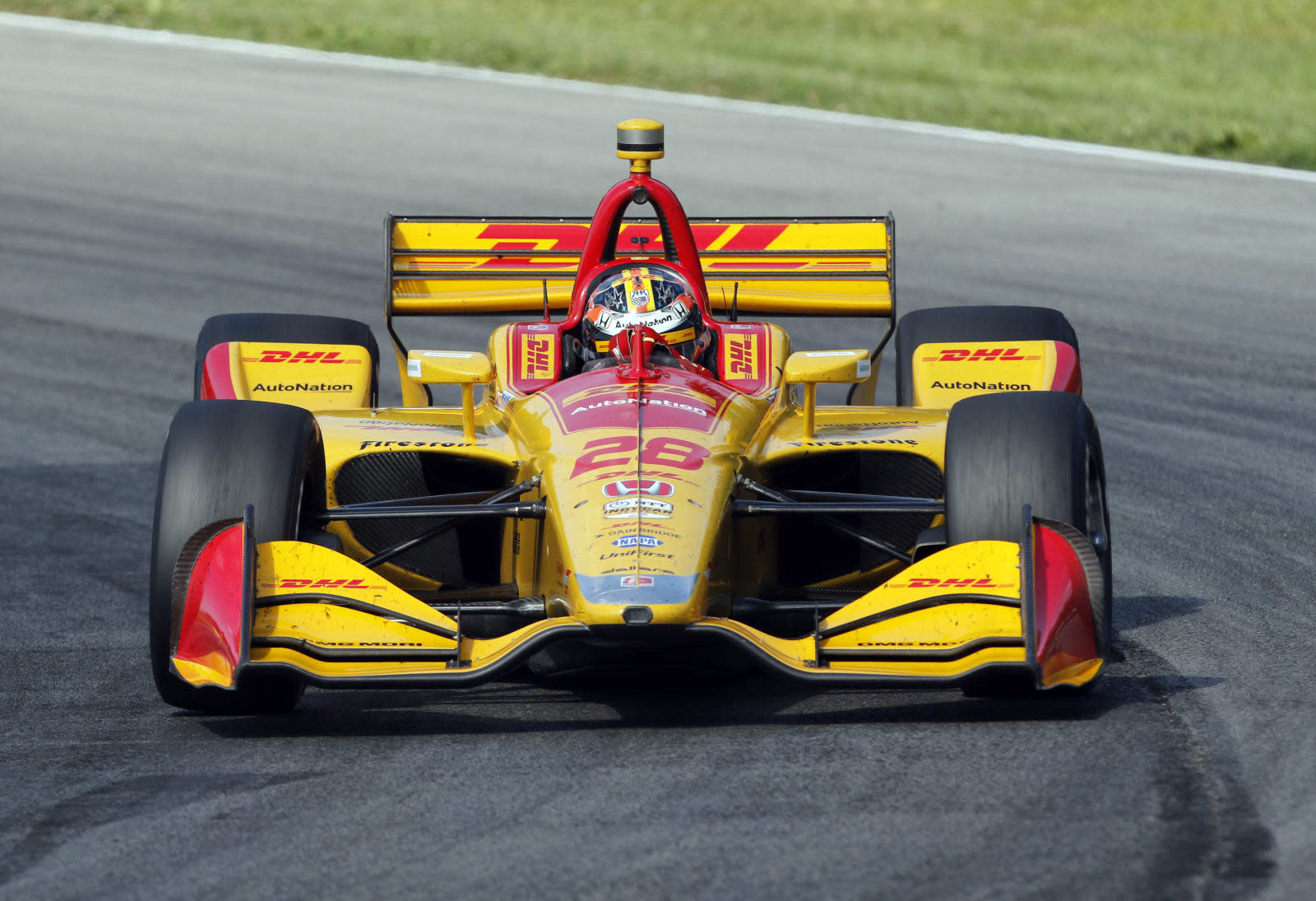 IndyCar just announced plans to get a little greener. Beginning in 2022, its race cars will be hybrids. They'll use a combination of internal combustion engines from Honda and Chevrolet and a hybrid system to produce somewhere in the ballpark of 900 horsepower. In comparison, current IndyCars race at between 500 and 700 horsepower.

According to IndyCar, the hybrid technology includes "a multi-phase motor, inverter and electric storage device that will create energy recovery from the car's braking system." It also plans to debut a new internal combustion engine, formula 2022. Not only will the cars burn less fuel, the hybrid system will allow drivers to restart their vehicle from inside the cockpit -- all previous IndyCars have used manual hand-held electric starters. That could reduce the time drivers spent stalled on the track and improve the overall pace and time of races.

"As we move toward the future, we will remain true to our racing roots of being fast, loud and authentic, and simultaneously have the ability to add hybrid technology that is an important element for the series and our engine manufacturers," said IndyCar President Jay Frye. This isn't the first time IndyCar has embraced the latest technology. It has used LEDs to show drivers' positions in real-time, streamed racer telemetry straight to fans and put HD cameras in select cars. As The Verge points out, a number of motorsports already use hybrid powertrains. These plans ensure IndyCar won't be left behind.

In this article: braking, chevrolet, engine, gear, green, honda, horsepower, hybrid, indycar, IndyCar Series, race car, transportation
All products recommended by Engadget are selected by our editorial team, independent of our parent company. Some of our stories include affiliate links. If you buy something through one of these links, we may earn an affiliate commission.