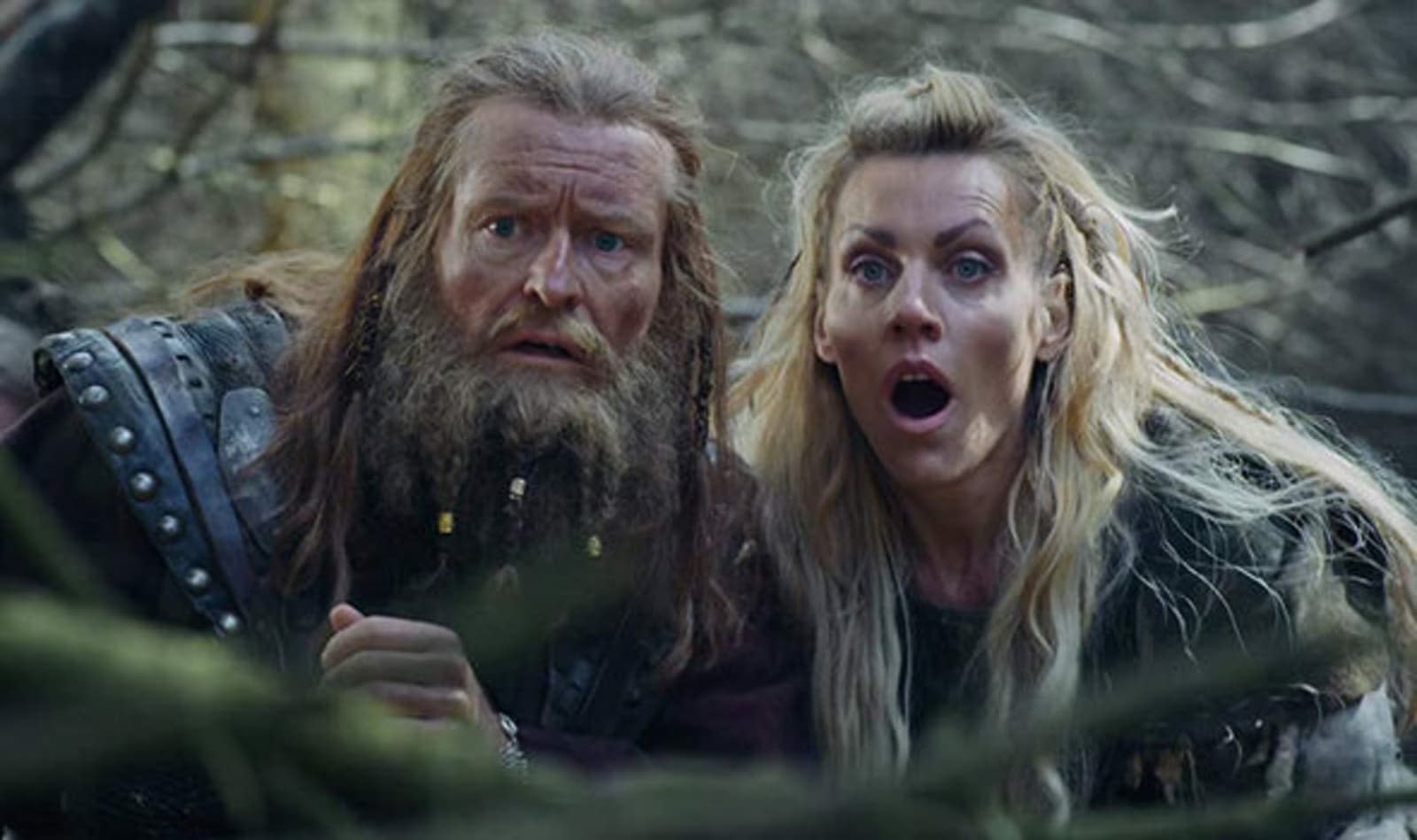 When you open up Netflix, you'll see a splashy promotion for one of its shows or movies. For me right now, it's highlighting the terrific GLOW, the third season of which arrived Friday, and there are other shows showcased alongside it such as in the Trending Now section. That's vital real estate, as what Netflix promotes there can drive a ton of viewership.

It's a bit of a vicious circle, as Netflix is more willing than in the past to cancel shows that perhaps don't hook enough viewers, yet it decides what to showcase in the so-called recommendation carousel. There's only so much of that promotion space available, but one producer found a way to make sure his show got some of the spotlight.

Anders Tangen sold Viking comedy Norsemen to Netflix in 2017. As a series it acquired from another country (it originally aired on a Norwegian network), Netflix probably wasn't as likely to shove as much of its marketing heft behind it as it might with one of its original shows.

There are around 1,700 shows on Netflix US alone, so there's a lot of internal competition for viewers. A few weeks before Norsemen debuted on the streaming service, Tangen and his production partners took matters into their own hands. They spent about $18,500 on targeted Facebook ads in major cities (Los Angeles, New York, Miami, Chicago) as well as Minnesota, Wisconsin and South Dakota -- states with big Norwegian populations.

The ads typically showcased clips from the show and links to the show's website and coverage of it. The strategy worked, as more than 5.5 million Facebook users saw the ads and about 6,000 followed the show on the platform. It seems word-of-mouth helped too, leading more people to watch and eventually prompting Netflix's algorithm to place Norsemen in the recommendation carousel. Tangen later spent $15,000 to promote the show on Facebook outside of the US.

"Three weeks after we launched, Netflix called me: 'You need to come to LA, your show is exploding,'" Tangen told The Hollywood Reporter. Tangen should find it a little easier to attract viewers to future seasons. Following the first season's success, Netflix rebranded Norsemen as a Netflix Original, ensuring it'd have the company's marketing machine behind it. The show's third season is currently in production.

It might seem wild that showrunners and producers have to dig into their own pockets to independently try to find viewers. But even Netflix's marketing reach is limited. Not every project can get video games, makeovers for an entire town or big awards campaigns. "You can't blame Netflix," Tangen said. "They have so many shows, they can't market everything."

Just because the strategy worked for Tangen and Norsemen, that doesn't mean it would for every show. If every producer tried it (assuming they can afford to do so), the campaigns may cancel each other out, putting shows in roughly the same place. There's a finite number of Netflix viewers, after all. Still, Tangen's tactic is an interesting case study on how to game Netflix's systems.

In this article: algorithm, entertainment, facebook, facebook ads, facebookads, gadgetry, gadgets, netflix, norsemen, streaming
All products recommended by Engadget are selected by our editorial team, independent of our parent company. Some of our stories include affiliate links. If you buy something through one of these links, we may earn an affiliate commission.