As Valve is continues its forays into VR hardware, the company has shared some insights into the development process for the headphones included in its Index VR kit.

The "Value Index Ear Speakers" aimed to achieve more immersive audio by creating player-relative stereo sound and focusing on the mid-high frequency range which is important for identifying the source of a noise.

The Ear Speakers are different from headphones, Valve says, because headphones are optimized for low power usage and sound isolation. These features are less important in a VR environment. Instead, the Ear Speakers try to replicate the experience of lying between two inward-facing loud speakers in a headphone format. They do this by placing the speakers near to, but not in contact with, the ear. 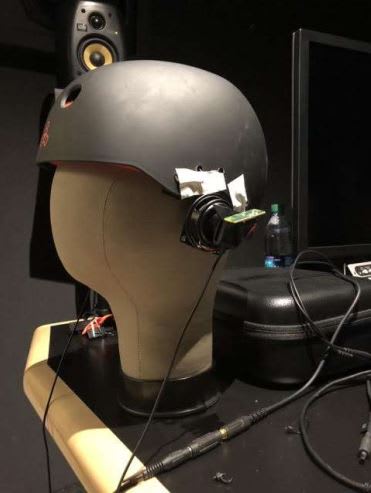 The first prototype was simply two full-range desktop speaker drivers attached to a skateboard helmet. The immersion effect was good, but the speakers were too heavy to be comfortable and the bass response was limited. Value tried replacing the desktop speaker drivers with large headphone drivers but the drivers weren't powerful enough to send sound through the air to the ear at a reasonable volume.

Then it tried 3D printing prototype headphones, called Hummingbirds, which delivered sound well but sat a small distance away from the ear. That made them comfortable and more immersive, according to playtesters. Then the ear speaker system had to be integrated into the VR headset and have a microphone added for streamers and multiplayer games.

The resulting ear speakers impressed us with their quality sound and comfort, so it's interesting to learn more about how they were developed. You can pick up a Valve Index VR kit now from the Steam store.