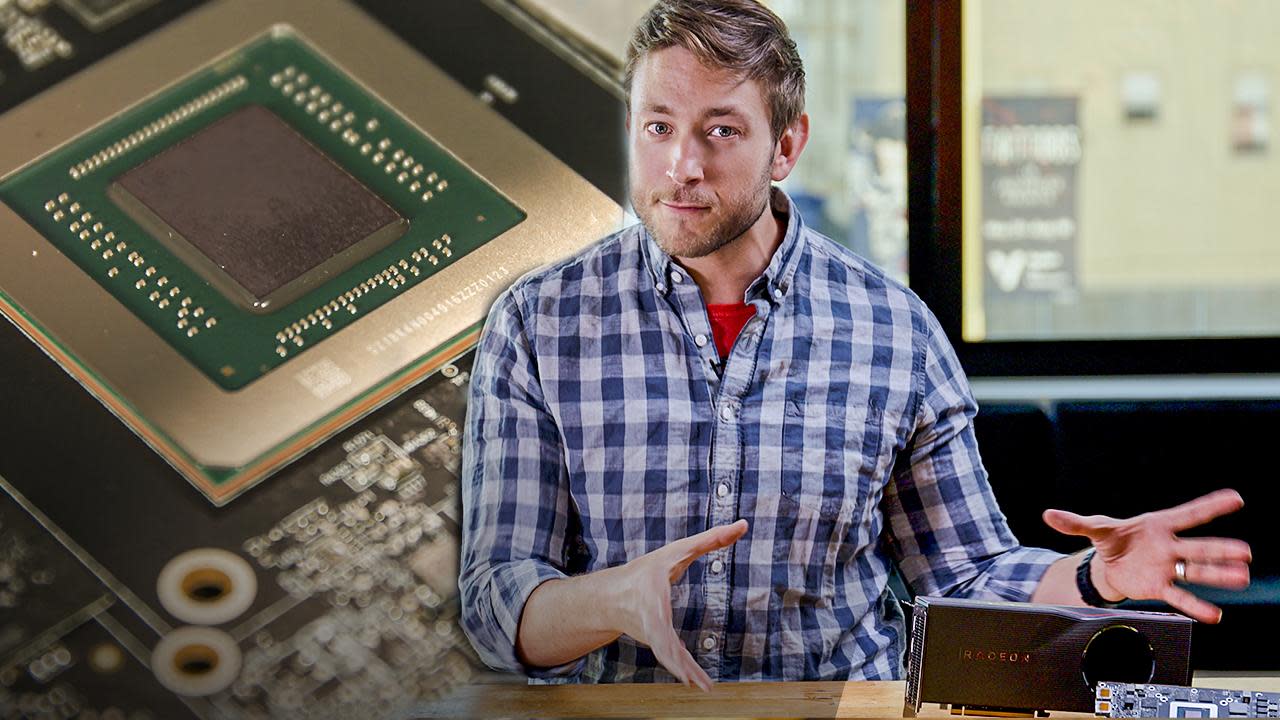 Welcome to the latest episode of Upscaled, our explainer show where we look at the components that make our tech faster. In this episode, we're taking a close look at AMD's RDNA graphics architecture. AMD's previous architecture, GCN, powered the Xbox One and PlayStation 4, and for the past few years has also provided the graphics power for Apple's higher-end laptops and desktops.

But in the high-performance gaming space, AMD has been struggling in recent years, and many people were looking to RDNA as the product that would put AMD back on top. So does it live up to the hype? Well, not yet. The RDNA-based cards that AMD has released to far, the 5700 and 5700XT are perfectly fine performers, but they didn't exactly set the high-end graphics market on fire the way many people had hoped they would.

So what actually makes RDNA different from the GCN-based graphics cards that came before it? Despite some claims that they're too similar to really be called a new architecture, RDNA does redesign how it processes graphical data at a pretty fundamental level. These changes should dramatically increase the efficiency of the GPU, and couple with a more flexible design, could lead to graphics processors that scale all the way from super-high end PC cards down to smartphone chips.

But for all the new technology packed into these graphics cards, they're still lacking ray-tracing, the powerful lighting technique used by Hollywood special effects. A year ago NVIDIA released the first cards with hardware acceleration for ray-tracing, and AMD still doesn't have that capability. But with only a few games currently supporting NVIDIA's ray-tracing solution, AMD still has time to catch up, and all signs point to a future version of RDNA, perhaps the one in the next-gen PlayStation 5 and "Project Scarlett" Xbox, bringing ray-tracing to AMD in the near future.

In this article: amd, engadgetupscaled, gadgetry, gadgets, gaming, gear, nvidia, personal computing, personalcomputing, upscaled, video
All products recommended by Engadget are selected by our editorial team, independent of our parent company. Some of our stories include affiliate links. If you buy something through one of these links, we may earn an affiliate commission.
Share
Tweet
Share