The robust B.R.U.T.E. can kill players in a flash.

When Fortnite's Season X started two weeks ago, developer Epic Games introduced a new mechanic that significantly changed how matches play out. The two-player B.R.U.T.E. mechs caused uproar, with many players suggesting the machines are overpowered. They have large health pools, are able to leap around the map with ease and can quickly delete structures and players with a devastating volley of rockets. Epic reduced the frequency of the mechs in Fortnite's competitive modes, but it now says it added them precisely to help more players rack up kills and wins.

"The mission of Fortnite is to bring players of all skill levels together to have a fun experience where anyone can win," the team wrote in a blog post. Another part of Fortnite's mission is to "provide spectacle and entertainment when playing." Hence the decision to add the mechs. 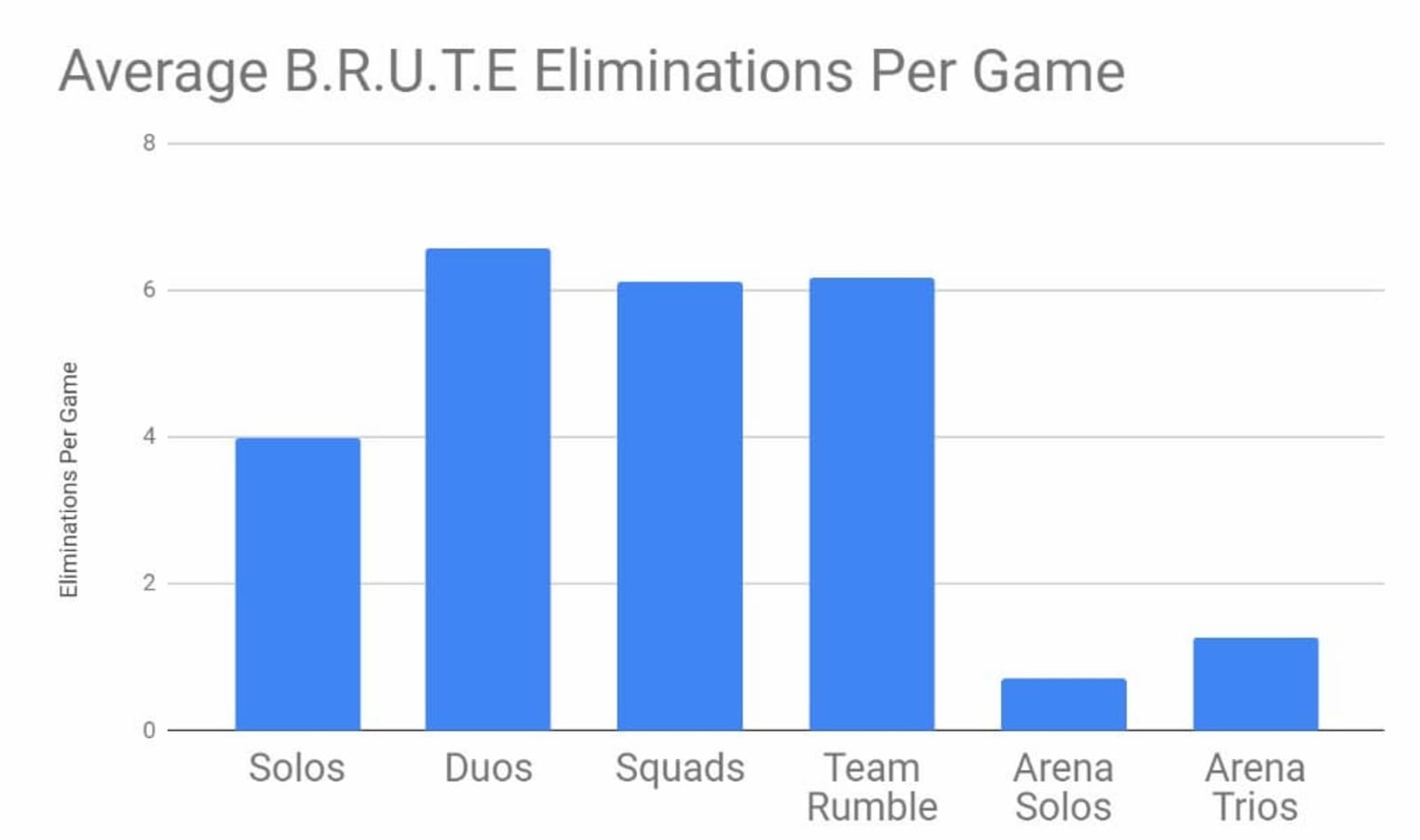 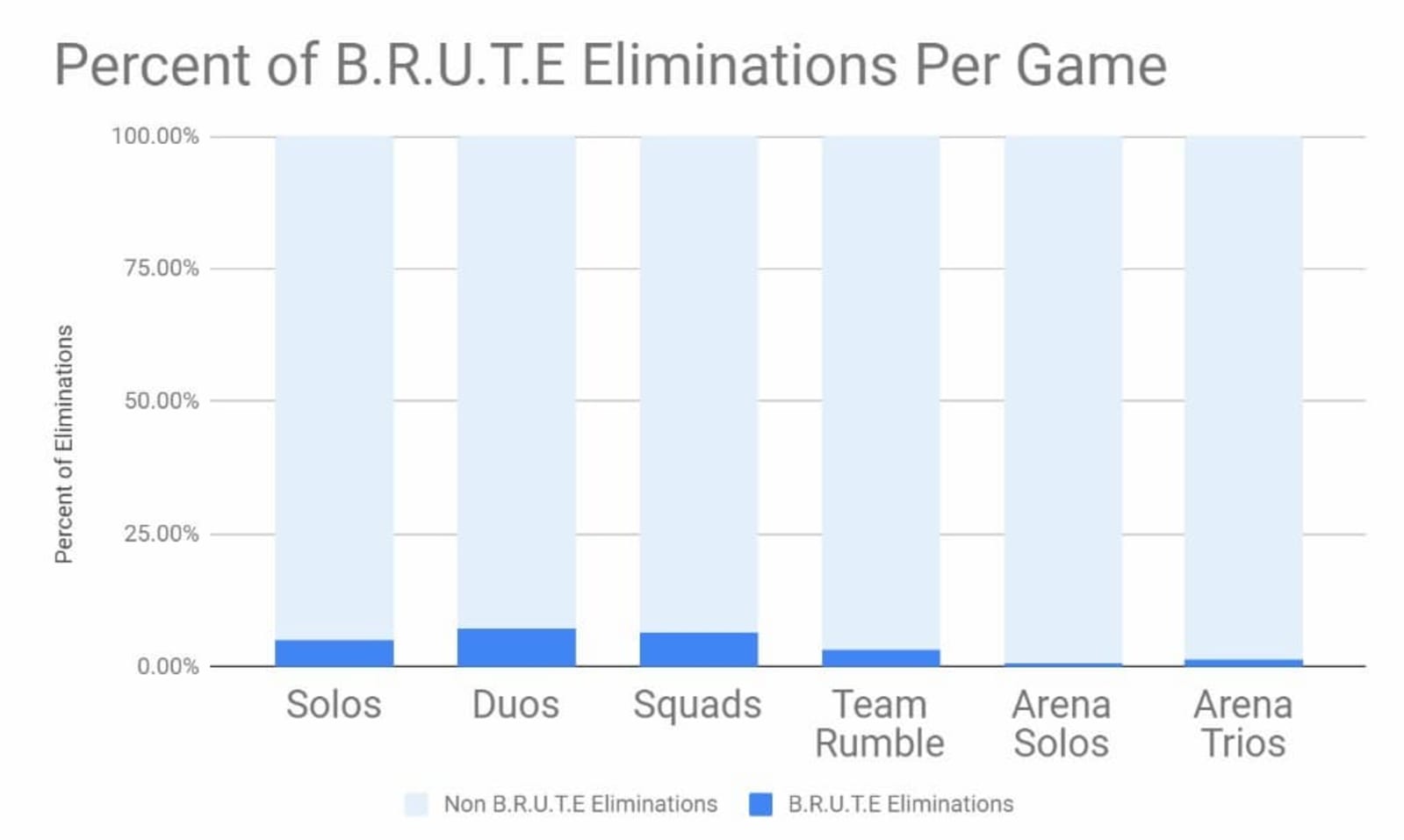 Since the mechs arrived, Epic said players who have struggled to pick up eliminations claiming more of them, while more experienced players are getting around the same number of kills. That suggests the mechs are working as it intended.

However, the explanation wasn't entirely satisfying for everyone. Some questioned the actual impact of the B.R.U.T.E. given the mech can destroy structures players built with ease. Others wondered about the true nature of the kill stats.

HORRIBLE GRAPH.
Why don't you show us the % builds broken// Material wasted // Damage dealt to players when used per BRUTE? 🤡

Do your stats include the eliminations where your team gets obliterated down to less than 50 health by a mech then some idiot jumps out and mini guns you?

I don't think the amount of kills they are getting is the issue, it's HOW they get them. There is no way to play against one that fires ten missiles at you over and over again. The first 5 destroy the builds, the next 5 destroy the player.

Epic's reasoning behind the mechs is understandable, at least on the surface. Fortnite has more than 250 million players it's trying to keep hooked, and not everyone has the skill to nail a headshot from across the map unless they get immensely lucky.

But finding a balance to keep Fortnite fun and edifying for everyone -- from casual gamers whose aim may not be great to top-tier players and their Twitch or Mixer viewers -- with a fairly level playing field is a tough ask. It'll need to tweak the mechs further before more players will embrace them.