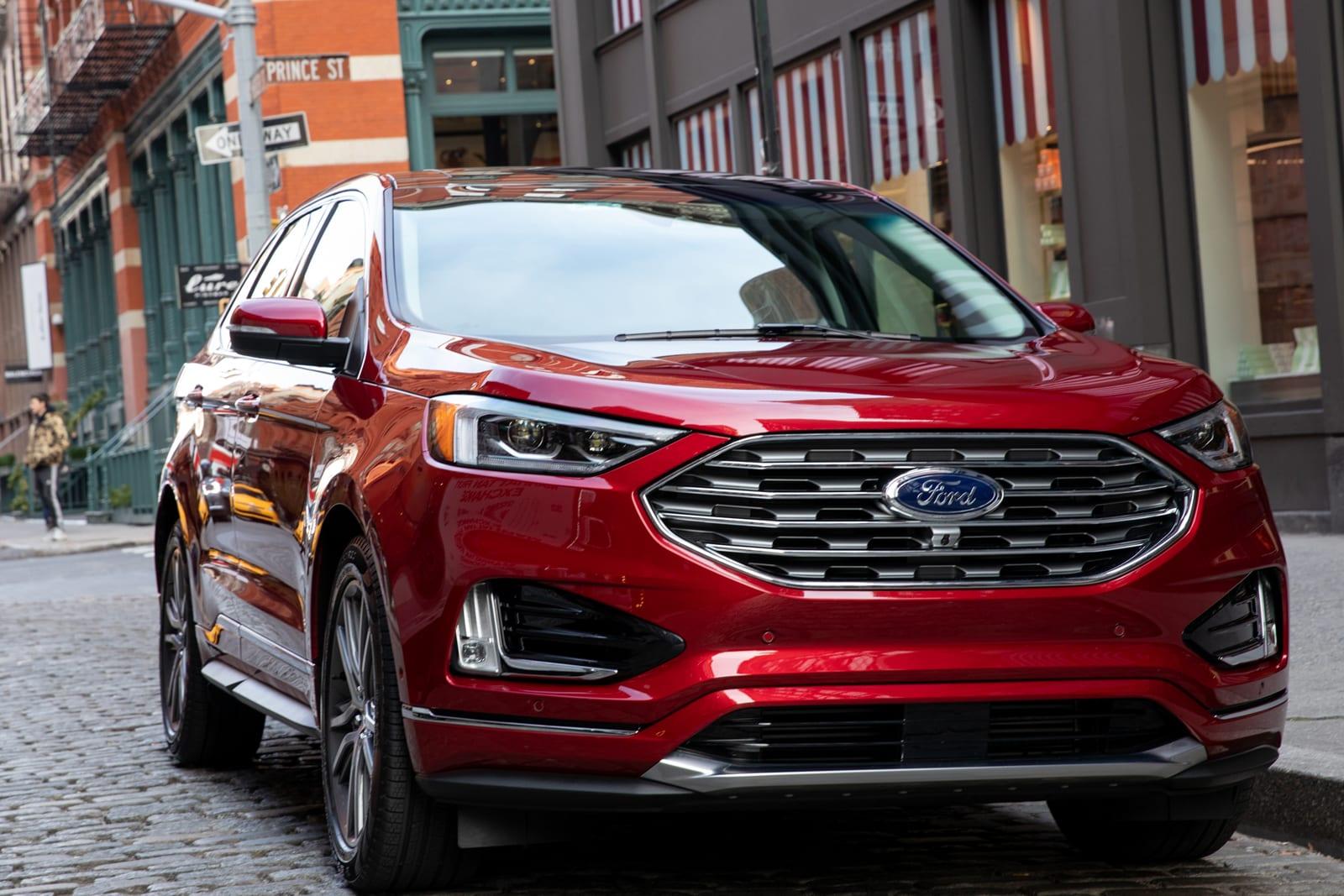 Ford might not lean solely on its Mustang-inspired electric SUV to draw EV fans in the next few years. Automotive News sources claim the automaker is building two "mid-size" electric crossovers at its Flat Rock plant in Michigan, with both to be released no later than the 2023 model year. Details are unsurprisingly scarce, but they'll include a Lincoln model and will be comparable in size to the Ford Edge (above) and Lincoln Nautilus. Both should be based on Ford's own BEV platform.

The EVs were originally slated to be produced in Mexico, according to the tipsters, but it's not clear why production would shift to Flat Rock beyond its recent $850 million investment. The timing suggests this isn't the Mustang-like SUV -- that's due to appear much sooner, in 2020.

The brand hasn't been shy about stepping up its electrification plans. On top of pouring money into manufacturing, Ford is making at least one EV based on VW's platform, investing in Rivian to produce another EV and has otherwise made clear that its future is electric. However, it wasn't certain that Ford would have much variety in its all-electric cars. It appears ready to offer more than just one or two models, and it's willing to include Lincoln in these early stages of EV adoption.

In this article: crossover, electric car, electric vehicle, ford, gear, lincoln, suv, transportation
All products recommended by Engadget are selected by our editorial team, independent of our parent company. Some of our stories include affiliate links. If you buy something through one of these links, we may earn an affiliate commission.