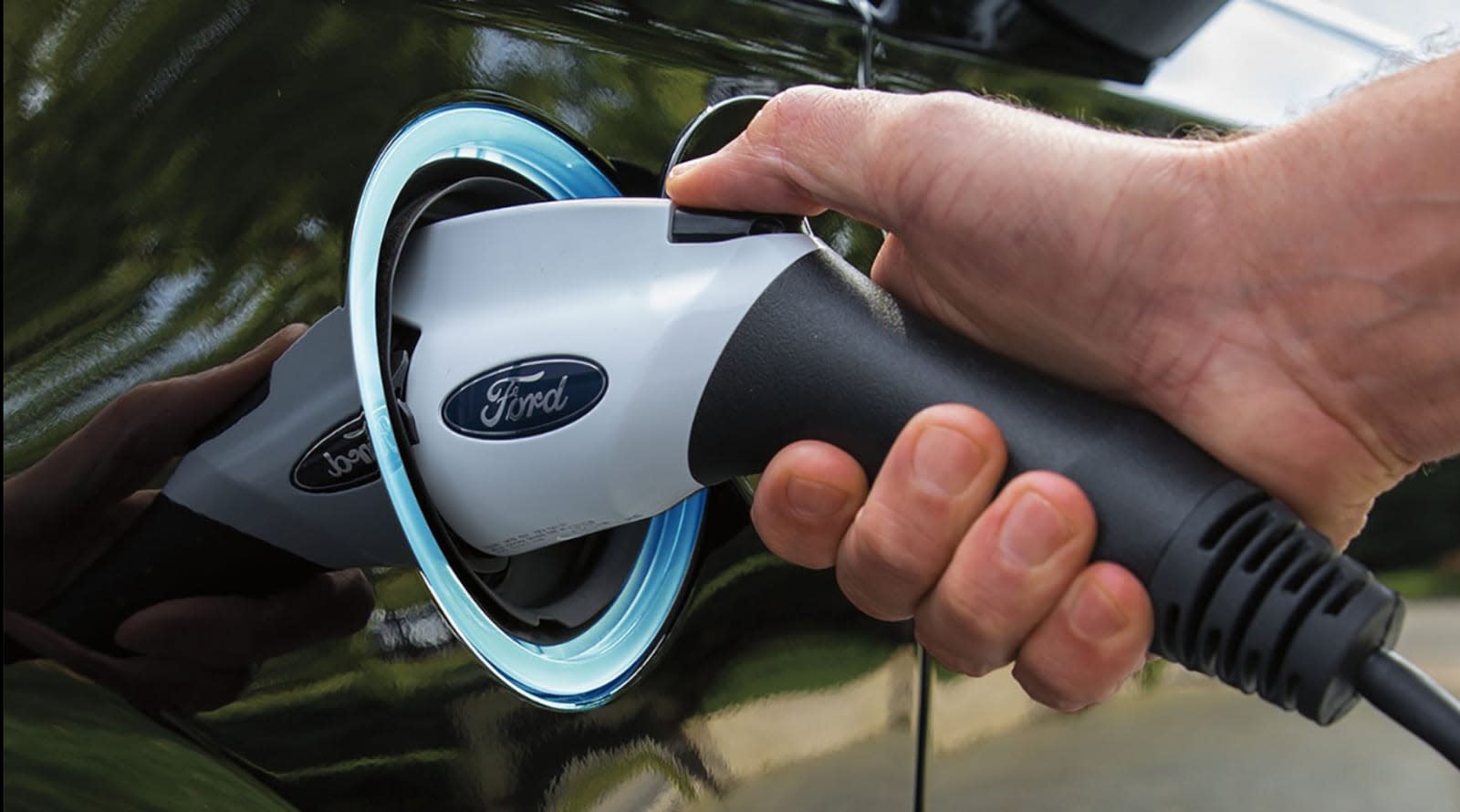 To boost its electric vehicle (EV) production, Ford is investing $850 million in its Flat Rock, Michigan, assembly plant. It hopes to make the plant the home of its EV production. To do so, the company will also hire 900 employees incrementally through 2023. This investment is part of Ford's $11.1 billion commitment to electric vehicles, and it includes funding to build Ford's next-generation Mustang in Michigan.

"We've taken a fresh look at the growth rates of electrified vehicles and know we need to protect additional production capacity given our accelerated plans for fully electric vehicles," said Joe Hinrichs, Ford's president of global operations, in a press release. The company previously announced it's moving away from car production and simultaneously going electric. Ford is working on both a hybrid and an electric F-series, and it has partnered with VW on electric commercial vans and pickups.

In addition to its EV plans, Ford also announced it will complete its first autonomous vehicles in southeast Michigan--they'll be available in 2021. In the meantime, the company says, it has an all-electric performance SUV coming from its Cuautitlan, Mexico, plant in 2020. It will also build its next-gen North American Transit Connect -- a small van -- in Mexico beginning in 2021. Ford recently announced plans to exit the heavy truck business in Brazil, and it's working to "improve results" in Europe and China. With all these planned changes coming to Ford's business in the next few years, it won't be long before it barely resembles the car company as we've known it over the last decade.

In this article: battery electric vehicles, electric vehicles, EV, flat rock, ford, gear, green, investment, michigan, production, transportation
All products recommended by Engadget are selected by our editorial team, independent of our parent company. Some of our stories include affiliate links. If you buy something through one of these links, we may earn an affiliate commission.