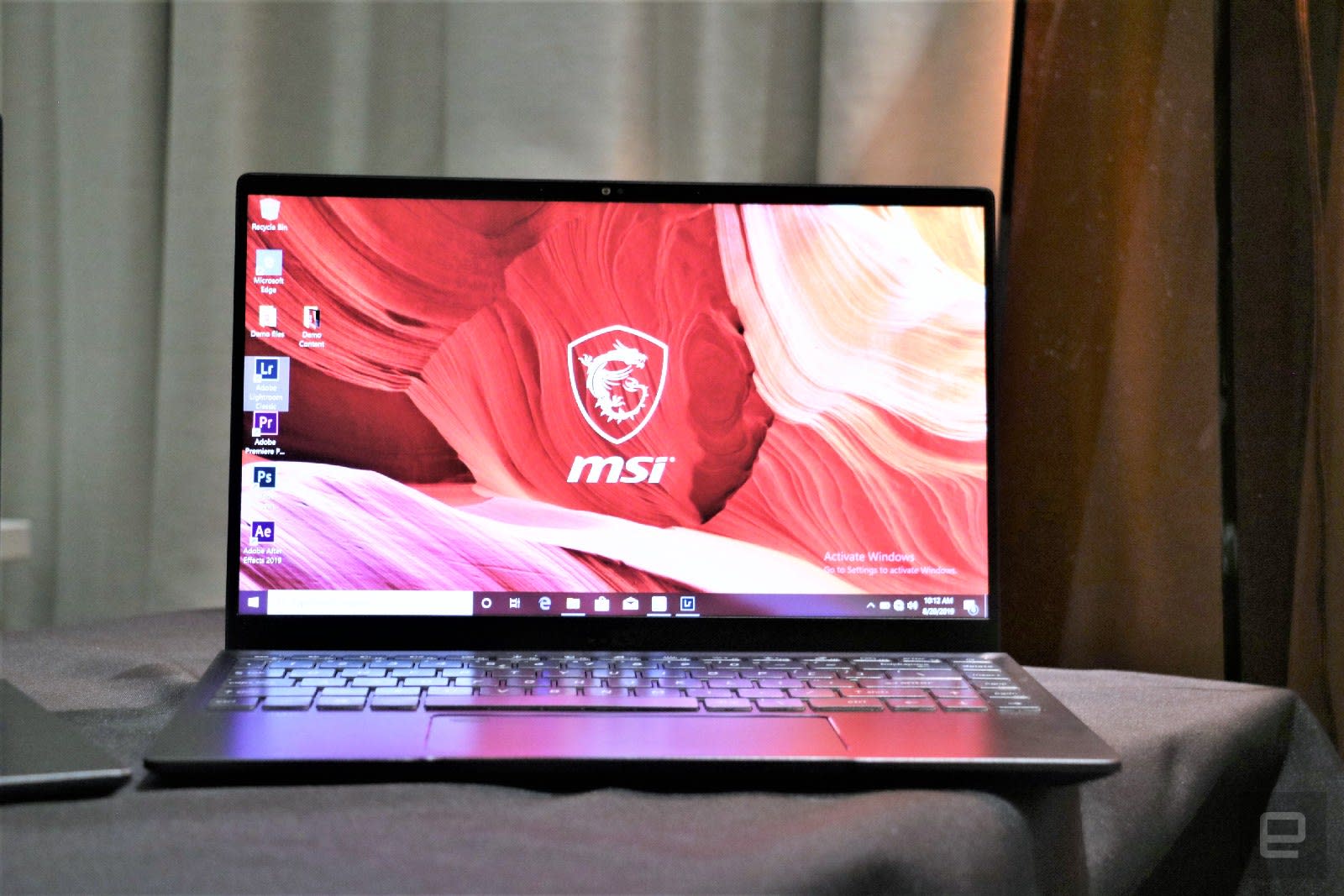 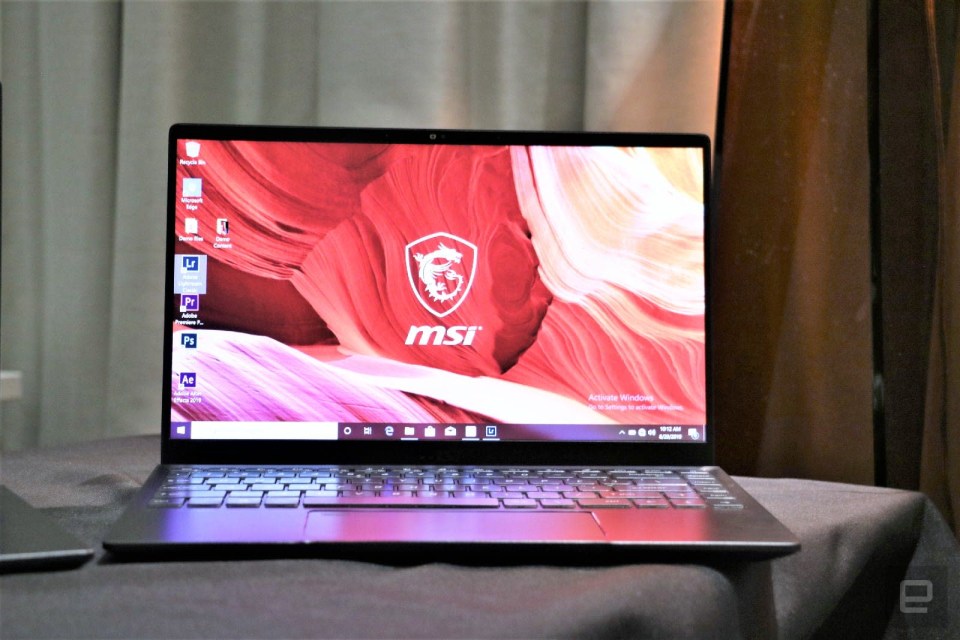 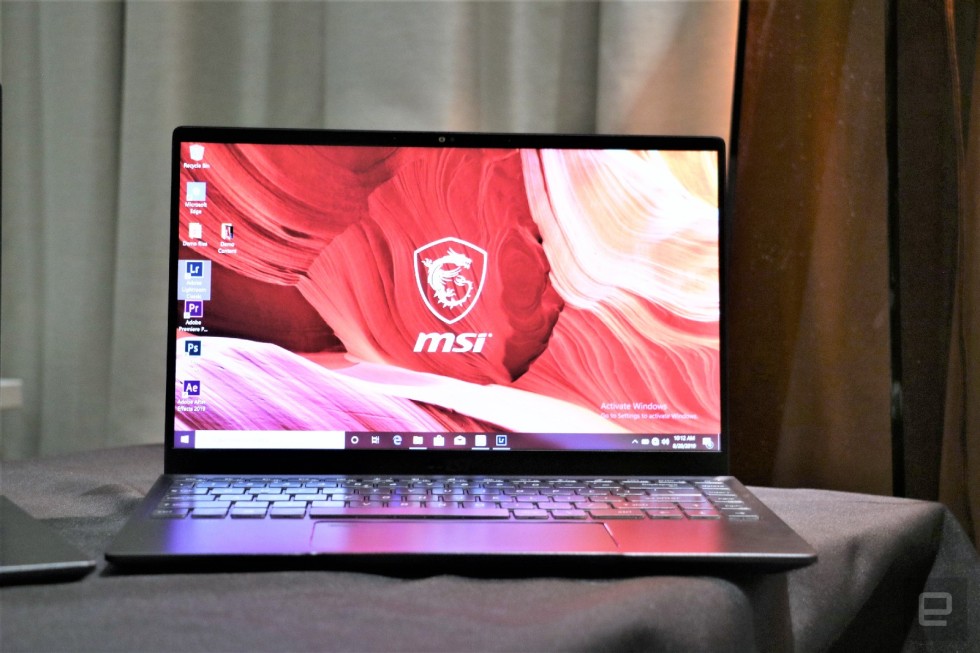 The new laptops pack powerful guts, but also offer colorful, accurate screens to cater to creators' workflows. MSI made what it's calling True Pixel displays that render 100 percent of the Adobe RGB wide color gamut, and have a Delta-E color accuracy rating of less than two (the closer to 0 the better). The True Pixel panels also run at 4K UHD and support HDR, though MSI hasn't said which standard of dynamic range it's complying with yet.

The company doesn't have those displays ready yet, though, so I didn't see any of them at my recent demo in New York. The units I saw had full HD displays instead, which looked as colorful as most laptops I've tested.

The new Prestige 14 and 15 are, as expected, 14- and 15-inch laptops that can be configured with up to NVIDIA's GeForce GTX 1650 graphics cards, as well as Intel's tenth-generation 6-core CPUs. From my briefing, the Prestige devices appeared nondescript and felt expensive, thanks to their sandblasted aluminum chassis. Both of them had roomy, responsive trackpads and comfortable keyboards.

Typing on them was made more ergonomically friendly thanks to the slight tilt provided by the hinge which propped up the back of the keyboard. Both models offer a generous selection of ports including two USB-C with Thunderbolt two USB-A and a micro SD card reader. If you want HDMI too, you'll have to get the larger model.

With the new Prestige machines, MSI made some changes over last year's model, including changing the font on the keyboard's buttons to a more neutral style. 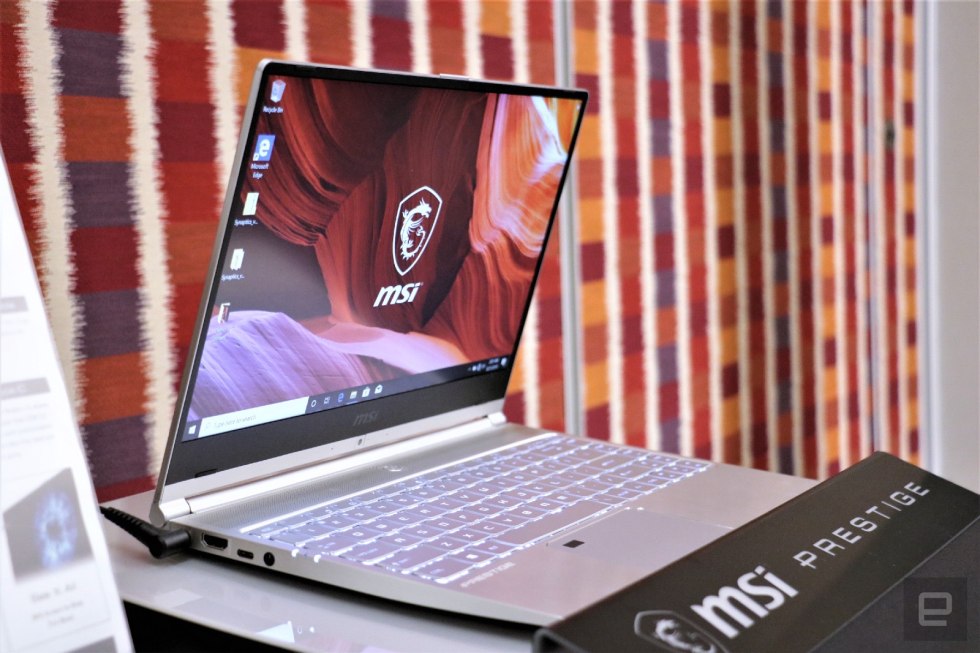 Meanwhile, the Modern 14 I saw at MSI's demo looked pretty much identical to the PS42 from last year. It had the same silver frame and blocky Space Invader-esque font on the keyboard, as well as a dotted grille above the function row for ventilation. Most disappointing is the webcam's position below the screen, you'll have to wait until the next year's Modern laptops arrive for that to change. Before that, though, an MSI rep told me that models with updated keyboard font (to the more-neutral style as on the new Prestiges) as well as a 15-inch Modern should be available in the coming months.

What's compelling about the Modern 14, in addition to its good-looking exterior, is its price. The Modern 14 will start at $749 with an Intel Core i5 CPU, Intel's UMA graphics, 8GB of RAM and 512GB of storage. You can get it with NVIDIA's MX250 GPU for $899. Considering powerful yet elegant laptops are hard to find at under $1,000 these days, this package seems like a good deal.