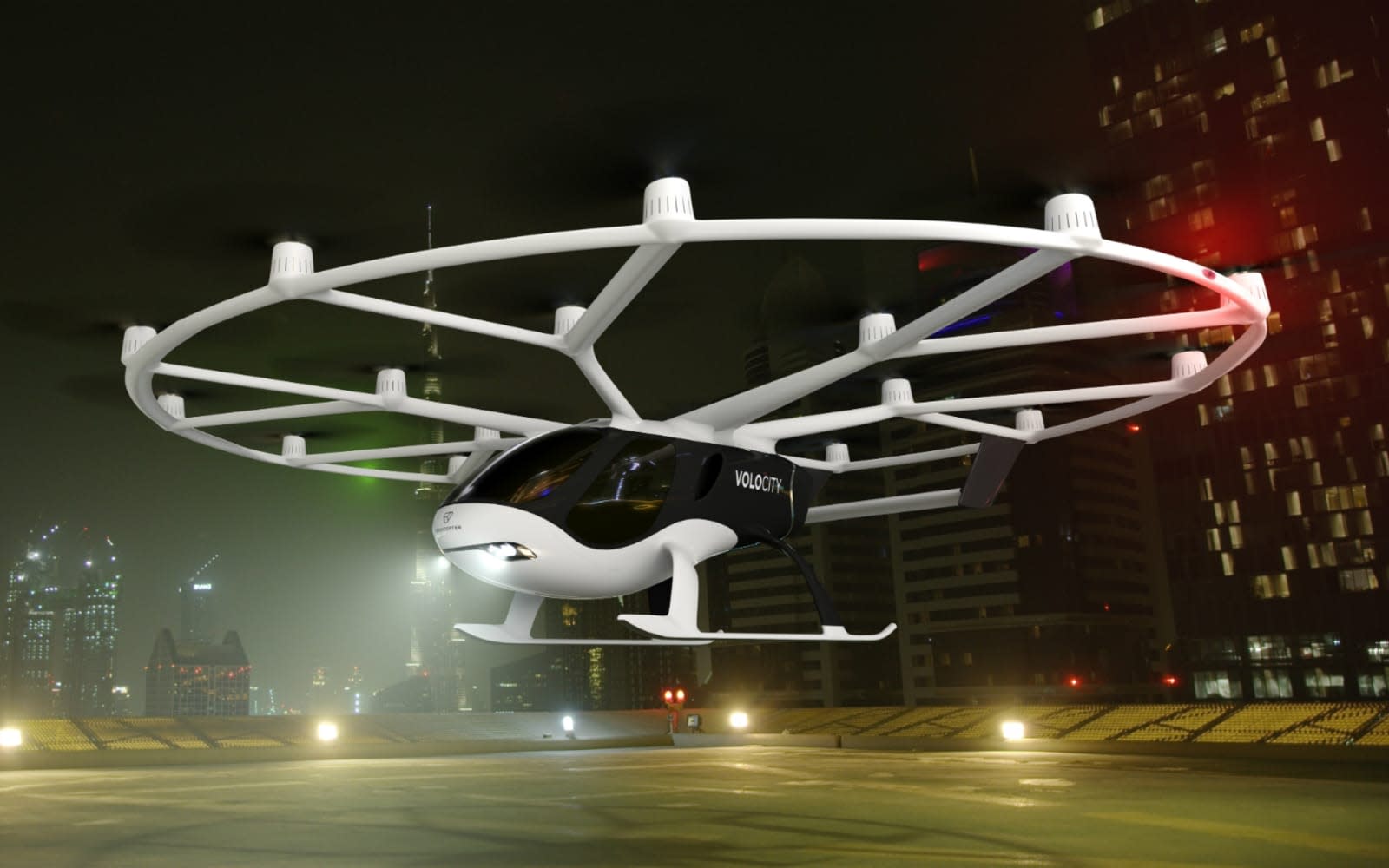 Just yesterday we said flying taxis may be a reality in the not-too-distant future. Today, Volocopter revealed its first commercial air taxi, the VoloCity. Designed to serve as an on-demand, inner-city vehicle, it can carry two passengers and their hand luggage. It's capable of an estimated range of 35 km (or roughly 22 miles) and an airspeed of 110 km/h (or about 68 mph). This is the fourth-generation eVTOL, or electric take-off and landing aircraft, by the German company, and like models we've seen in the past, the VoloCity has 18 rotors, redundancy in all critical systems and a promise of low noise.

This is a big step, but before Volocopter can offer commercial rides, it will have to build take-off and landing infrastructure and integrate into air traffic management systems. In the meantime, it will use its current 2X pre-series model to conduct public test flights, like the one scheduled in Singapore later this year. We've already seen Volocopter in action, thanks to tests in Dubai in 2017 and at CES in Las Vegas in 2018.

The company has come a long way since 2011, when it conducted the first manned eVTOL flight. At the time, that aircraft looked like an exercise ball with rotors strapped to it. Volocopter previously said it wanted to have air taxis in the sky in five years, by 2023. With VoloCity, it appears to be on track to meet that goal.

In this article: air taxi, autonomous, commercial, evtol, flying, flying taxi, gear, green, robots, tomorrow, transportation, volocity, Volocopter
All products recommended by Engadget are selected by our editorial team, independent of our parent company. Some of our stories include affiliate links. If you buy something through one of these links, we may earn an affiliate commission.