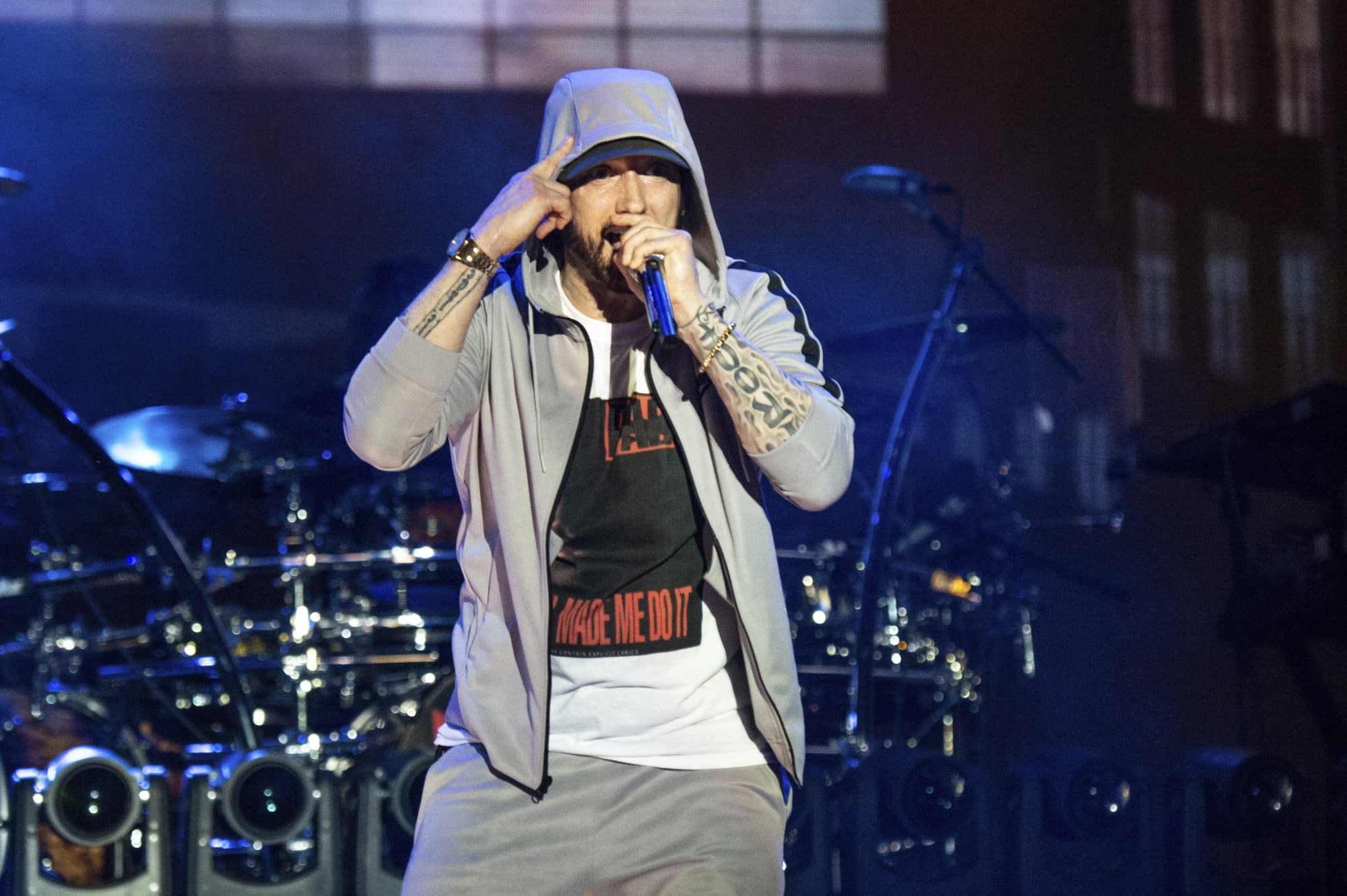 Eminem's publisher Eight Mile Style filed a suit in federal court Wednesday alleging that Spotify has streamed the artist's songs without having properly licensed them. "Spotify has not accounted to Eight Mile or paid Eight Mile for these streams but instead remitted random payments of some sort, which only purport to account for a fraction of those streams," states the complaint obtained by The Hollywood Reporter.

The Music Modernization Act, which is meant to simplify the licensing process for tech companies, allows them to license songs of unknown owners by placing them in a category called Copyright Control. The lawsuit alleges that Spotify placed Eminem's songs, including the Grammy-winning "Lose Yourself," in this category despite having full knowledge of the songs' ownership. Even if they somehow weren't familiar with Eminem's songs, they could have simply Googled the titles; the MMA requires a good faith effort of determining a song's owner before placing them into the Copyright Control category. The claim argues that Spotify "did not engage in the required commercially reasonable efforts to match sound recordings with the Eight Mile Compositions as required by the MMA."

The lawsuit goes on to challenge the constitutionality of the MMA, as the act essentially prohibits copyright holders from suing streaming companies for infringements that took place before its enactment. This stipulation puts the MMA in violation of the Takings Clause of the Fifth Amendment, according to the suit, giving the companies a clean slate and a "get out of jail free" card.

Eight Mile Style is suing for what could be billions in damages, but they also have a fallback; the suit will alternatively seek maximum in statutory damages, which would equate to $150,000 per each of the 243 songs on Spotify, which comes out to $36.45 million.

The publishing group is represented by Richard Busch whose arguments have helped inform the digital era of music sales. He has represented Eight Mile Style in the past, successfully suing Apple and Aftermath Records for failing to properly obtain licenses before selling Eminem's songs on iTunes.

It's not exactly surprising that even a high profile artist like Eminem is facing challenges from the likes of Spotify. While positioned as an underdog, the streaming company is now owned in part by powerful organizations like Warner, Sony and Universal, who seem to benefit much more from the Music Modernization Act than artists do. It's doubtful that Eminem is the only artist whose music wasn't properly licensed by Spotify given the MMA's lax rules, so we may be hearing from more musicians soon.

In this article: av, Eminem, entertainment, lawsuit, Music, Music Modernization Act, Music Streaming, Richard Busch, services, Spotify
All products recommended by Engadget are selected by our editorial team, independent of our parent company. Some of our stories include affiliate links. If you buy something through one of these links, we may earn an affiliate commission.