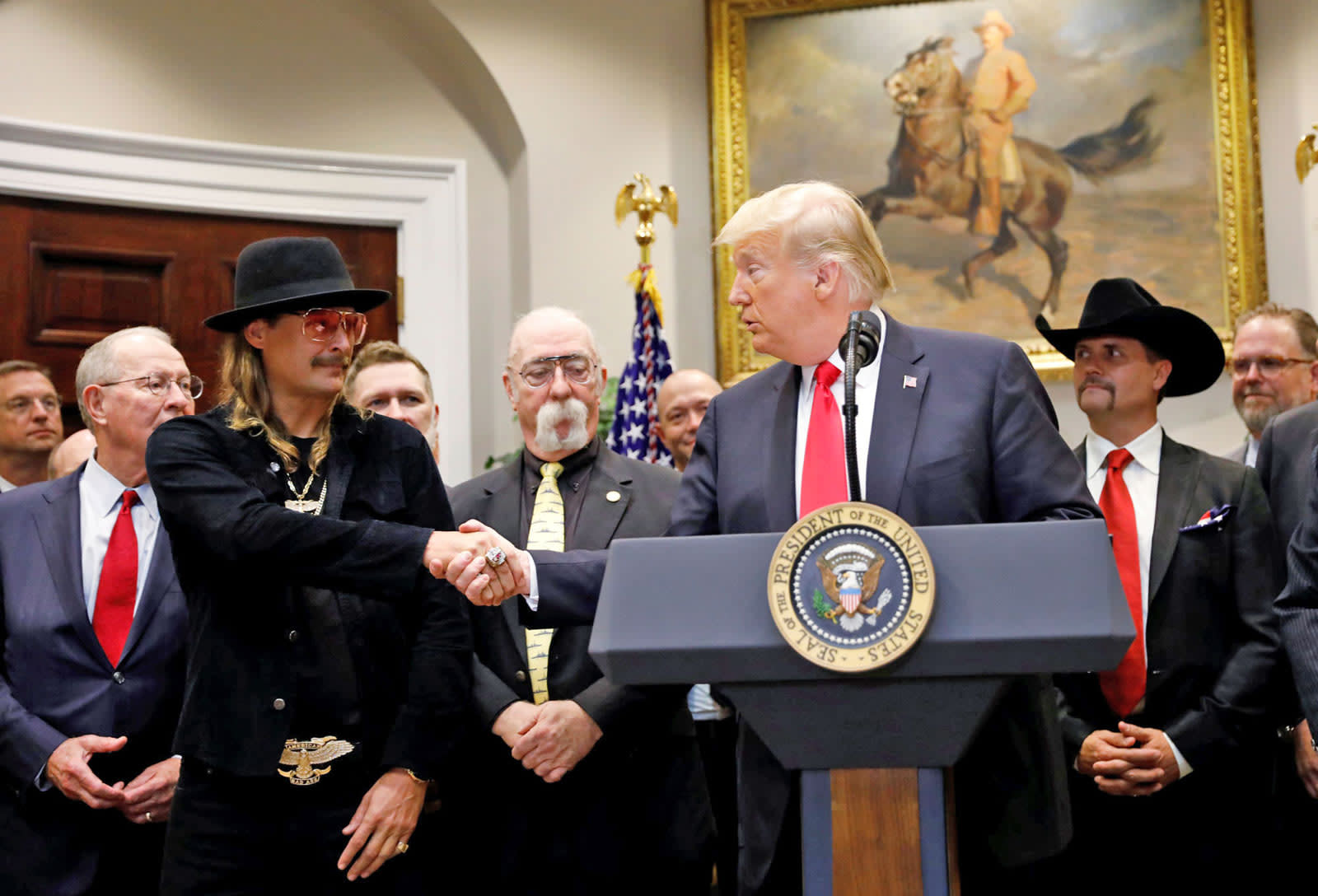 Today, the president signed the Music Modernization Act into law with various celebrities, including Kid Rock, Mike Love and John Rich, present. This is one of the largest reforms to copyright law in decades, and it focuses on updating music copyright law to be current with the streaming era. It also will hopefully mean more royalties for artists and songwriters.

The Music Modernization Act was unanimously passed by both the House and the Senate. The bill, which is officially named the Orrin G. Hatch-Bob Goodlatte Music Modernization Act, streamlines the process for music licensing and updates rules about royalties for streaming music. The goal is to ensure that both artists and songwriters are compensated for this method of listening. It also creates a publicly accessible database to make it easier to discern who should be paid for a particular song.

The Classics Act is another part of the bill, and it ensures that artists are properly compensated for pre-1972 master recordings. Additionally, the Allocation for Music Producers (AMP) Act provides for increased compensation for producers and engineers when their music is used on online and satellite radio.

In this article: business, entertainment, musicmodernizationact, streamingmusic, hidden:vv_3x4:8c41cf6a-8fad-3abe-99eb-5db4ea27b850, hidden:vv_16x09:d6701b0b-a8be-35ed-8219-e01fa6ec3fba
All products recommended by Engadget are selected by our editorial team, independent of our parent company. Some of our stories include affiliate links. If you buy something through one of these links, we may earn an affiliate commission.