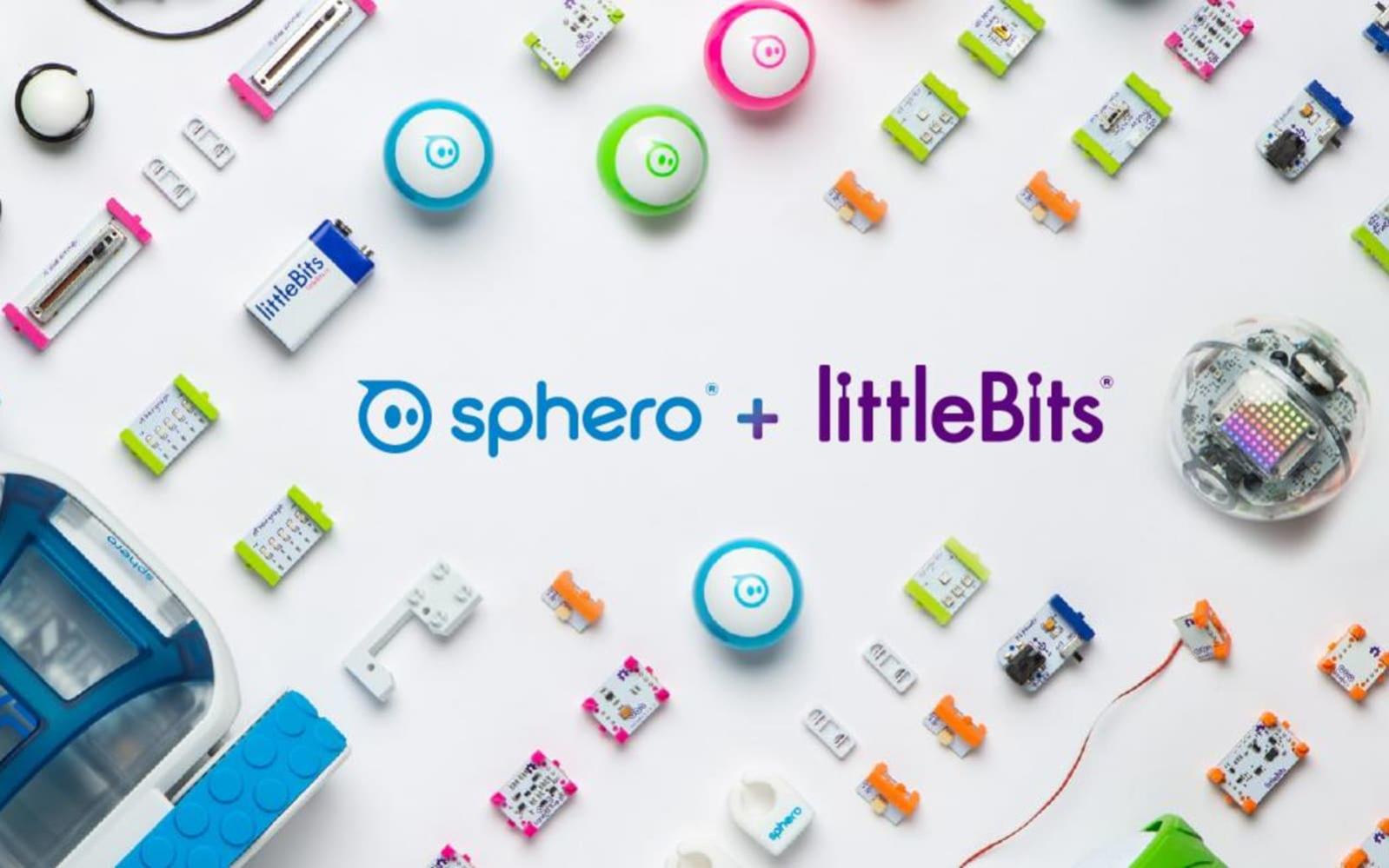 The popular STEAM education company Sphero announced today that it has acquired LittleBits. You may remember LittleBits as the company behind toys that teach kids about electronics, and Sphero has made a name for itself creating educational coding robots. Together, the companies plan to bring STEAM and coding products to more classrooms, homes and educational programs.

Combined, Sphero and LittleBits have sold more than $500 million in robots and electronics. They've reached over six million students globally. And with this acquisition, Sphero now has over 140 patents in robotics, electronics, software and IoT.

This isn't the first time Sphero has branched out beyond robotics. Last year, it acquired Specdrums, and it went on to produce an updated version of Specdrums' signature music-centric wearable ring. The company seems to have passed the rocky point at which it laid off 45 employees and re-focussed on educational products. Now, Sphero says it plans to accelerate international growth. Though, it may have to compete with the likes of iRobot, which recently made its own push into the classroom.

In this article: acquired, acquisition, business, classroom, educational, educational toys, electronics, gadgetry, gadgets, gear, littlebits, robotics, robots, sphero, steam, STEM
All products recommended by Engadget are selected by our editorial team, independent of our parent company. Some of our stories include affiliate links. If you buy something through one of these links, we may earn an affiliate commission.