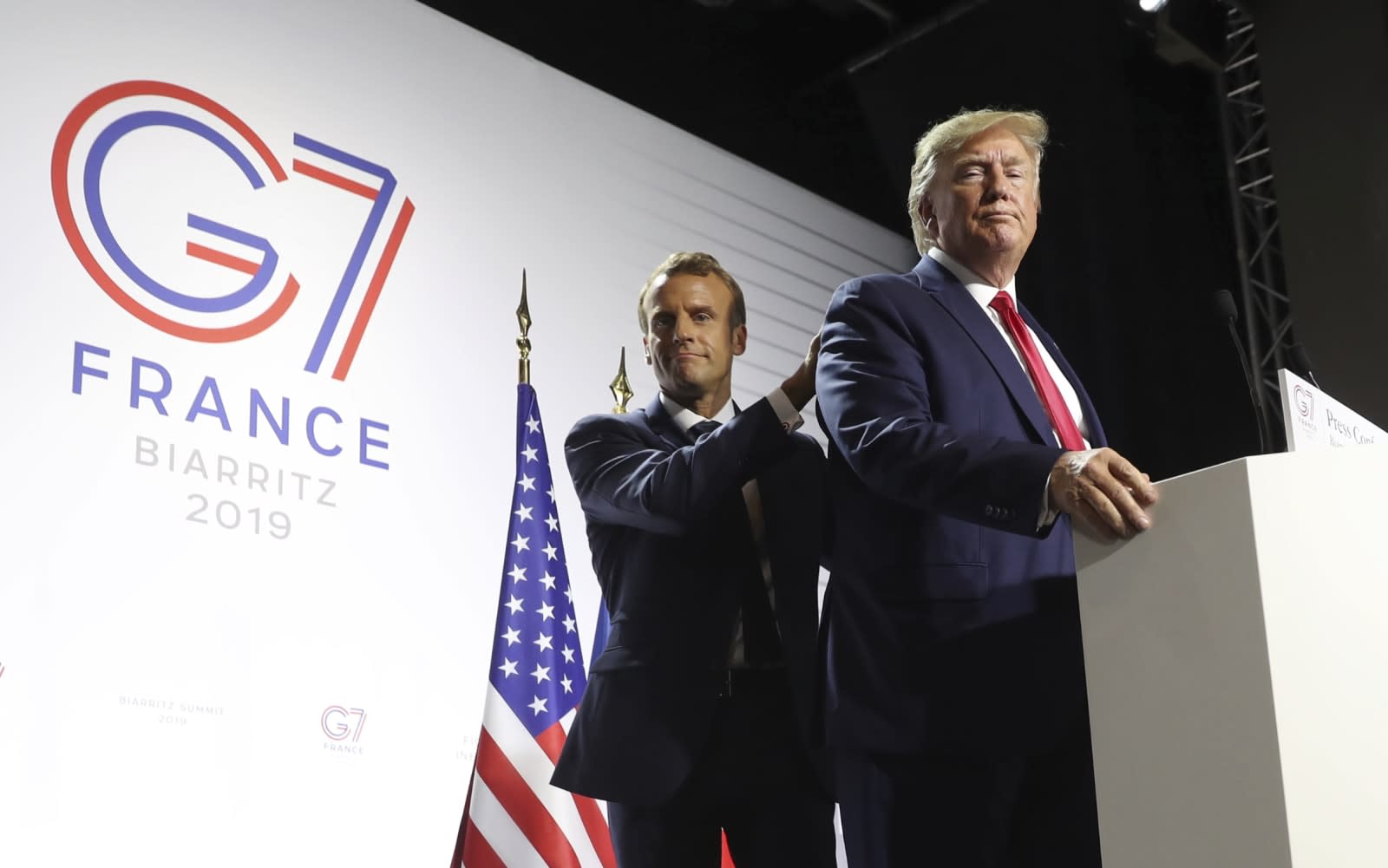 The Trump Administration and the French government have supposedly reached a deal that ends a feud over France's tax on tech giants, Bloomberg reports. Earlier this year, French President Emmanuel Macron proposed a three percent tax on revenues earned on digital services in France. President Trump threatened a tariff on French wine if the tax went through, sparking a standoff. Trump and Macron reportedly worked through some of their differences at a G7 summit, and today, Macron told reporters, "We have a deal to overcome the difficulties between us."

We don't know the details of the deal yet, but according to Macron, companies that pay the three percent tax will be able to deduct the amount after an international deal on how to tax internet companies is reached. The tax will apply to companies with at least 750 million euros ($845 million) in global revenue sales and digital sales of 25 million euros in France. It will affect an estimated 30 US-based businesses, including Facebook and Amazon, as well as British, Chinese, French and German companies.

Macron has faced pressure over criticism that tech giants don't pay enough in taxes, a sentiment that's felt in Germany and Italy, as well as France. While companies operating in Europe pay over 20 percent in taxes, it's estimated that tech giants pay less than half of that. Apple did agree to pay 500 million euro in back taxes to France earlier this year, but the need for legislation still stands. "We are pushing for international rules on this," Macron said. "It is not against any company in particular, it's just to solve the problem."

In this article: amazon, apple, business, companies, deal, emmanuel macron, europe, facebook, feud, france, G7, gear, google, international, internet, politics, revenues, rules, services, tariff, tech, tech giant, trump, Trump Administration
All products recommended by Engadget are selected by our editorial team, independent of our parent company. Some of our stories include affiliate links. If you buy something through one of these links, we may earn an affiliate commission.