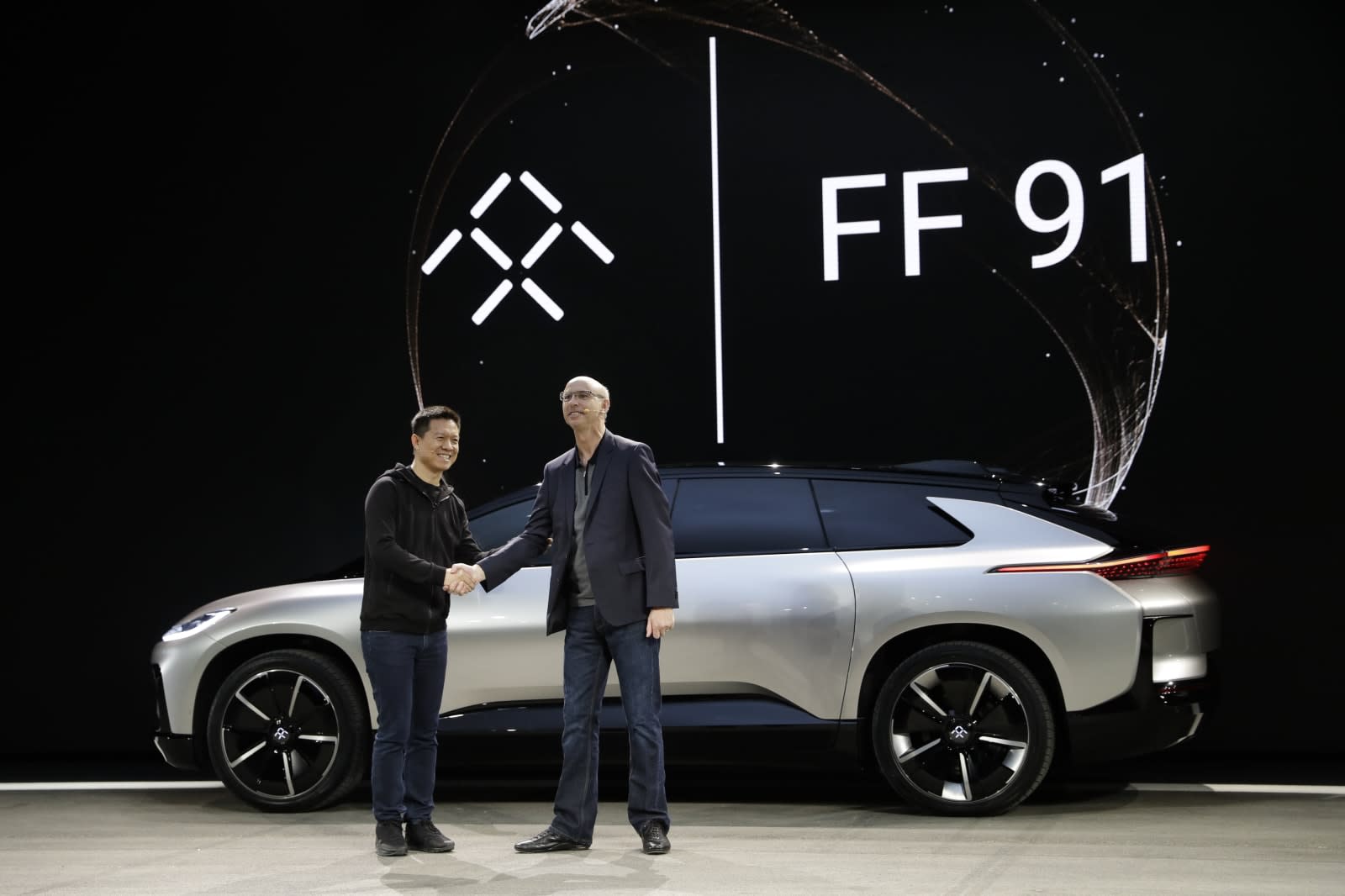 Faraday Future isn't just relying on its recent bailout to bring its electric car plans back on track. According to Pandaily, it's embarking on a restructuring plan that will see its polarizing CEO Jia Yueting step down. He's reportedly aiming to address both the company's debt and his own, and will set up a trust fund (paid with his Faraday Future shares) to repay creditors. He's betting that a future initial public offering will net enough funds to clear the debts. The executive will also sell an unspecified number of his shares.

The company hasn't delved into specifics for the restructuring strategy, according to the report, but said this would likely involve a partnership.

However well a restructuring works, the departure of Jia Yueting could play a crucial role in the company's chances -- or at least, its perception. The executive has been embroiled in multiple financial controversies, including his refusal to return to China to pay debts in 2017 as well as court moves to freeze his assets (including his ownership stake in Faraday Future). On paper, at least, removing Jia Yueting also removes all the leadership and financial headaches that come with his involvement.

It's far from certain this would help in practice. Faraday has already lost key talent and sold assets that were important to its strategy. This isn't the company that dazzled people at CES 2017 -- it has a long way to go to show that it can put an EV on the market. There's also the question of competitiveness. While the FF91 was an attention-getter when it was first revealed, the market has changed with both technical innovations and fresh competition. What was meant to be cutting edge may seem behind the curve by the time it's available.

In this article: business, electric car, electric vehicle, ev, faraday future, ff91, gear, jia yueting, restructuring, transportation
All products recommended by Engadget are selected by our editorial team, independent of our parent company. Some of our stories include affiliate links. If you buy something through one of these links, we may earn an affiliate commission.