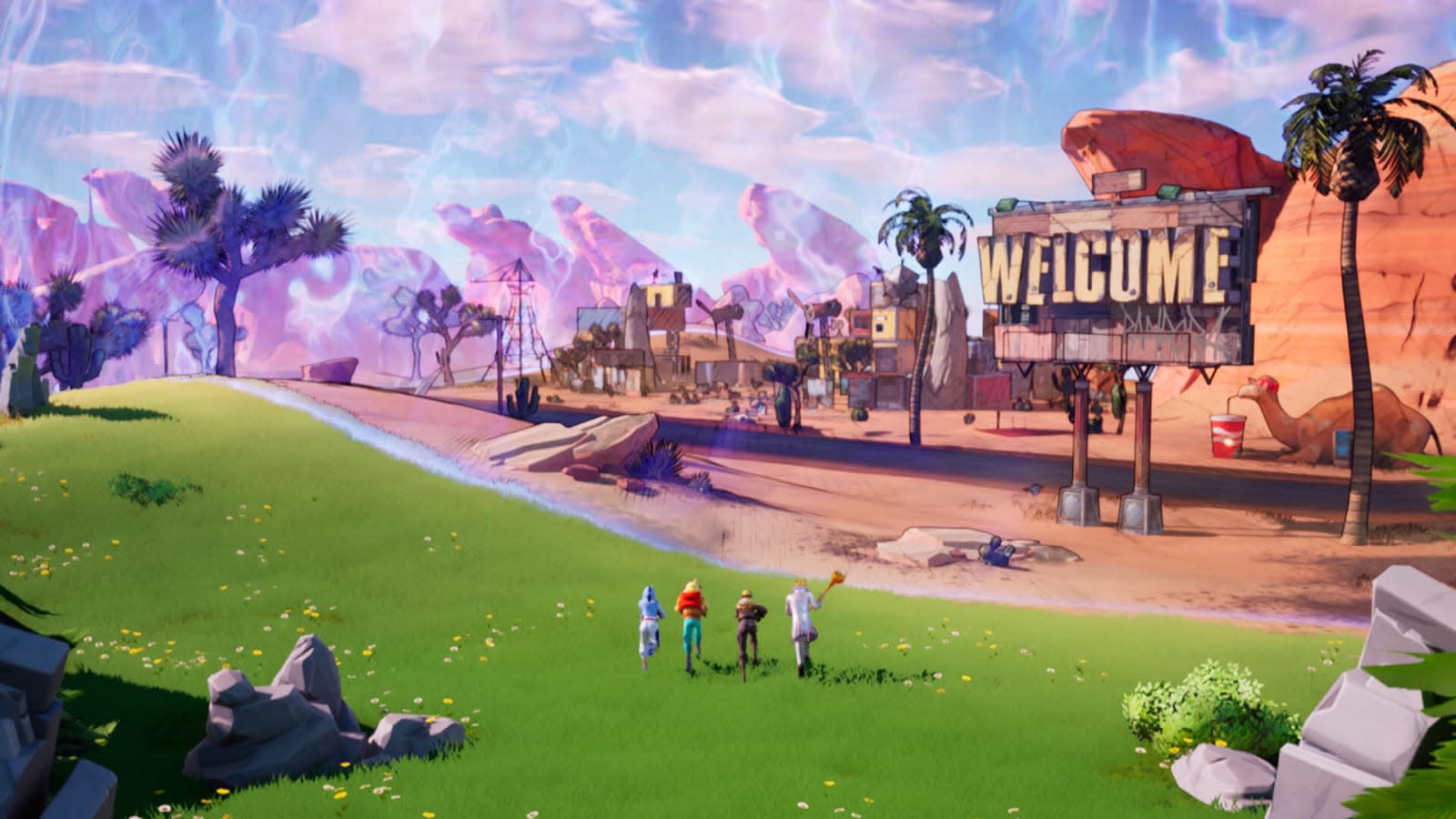 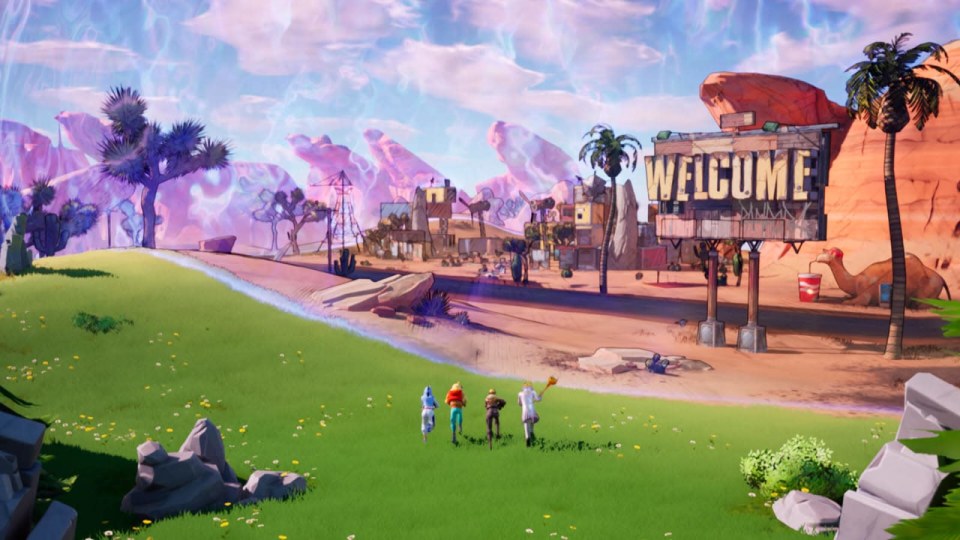 Epic Games heard you like games, so it's putting a blockbuster game inside its own blockbuster game. Not just any title, though: Gearbox's Borderlands. That's right, as part of its latest "Rift Zone" transformation, Epic has brought a small slice of Pandora to Fortnite, its popular battle royale shooter.

The crossover comes as part of the v10.20 update, adapting the gas station location in Fortnite's desert biome into a town realized with Borderlands' distinctive art style, full of bright colors and thick, comic book-inspired outlines. Oh, and Psycho and Claptrap are playable characters too -- if you're willing to pay, of course.

Epic says that if you don't take any damage within four seconds while in the Pandora zone, you'll generate shield, increasing your odds of survival. There are also some "other surprises," including unique gun wraps and Borderlands sprays.

Fortunately, they aren't the only new items coming to Fortnite as part of this week's content update. There's also a new Shield Bubble, which appears to be a direct response to the B.R.U.T.E mechs. When deployed, players will be protected from projectiles and explosives for 30 seconds or until its 400 health is depleted. Players will be able to run through it and deal damage to enemies inside, but it will also block the same weapons from hurting players on the outside.

Following the earlier B.R.U.T.E nerf, Epic has also seen fit to show the location of all mechs on the island, regardless of whether there are players in them or not. "This is to increase awareness of a B.R.U.T.E.'s presence and location to all players in the match," the company says.

The Borderlands event will run from today until September 10th, giving you enough time to work out whether the third instalment of the franchise is worth picking up three days later.

In this article: av, borderlands, borderlands 3, epic games, fortnite, gaming, gearbox, internet
All products recommended by Engadget are selected by our editorial team, independent of our parent company. Some of our stories include affiliate links. If you buy something through one of these links, we may earn an affiliate commission.