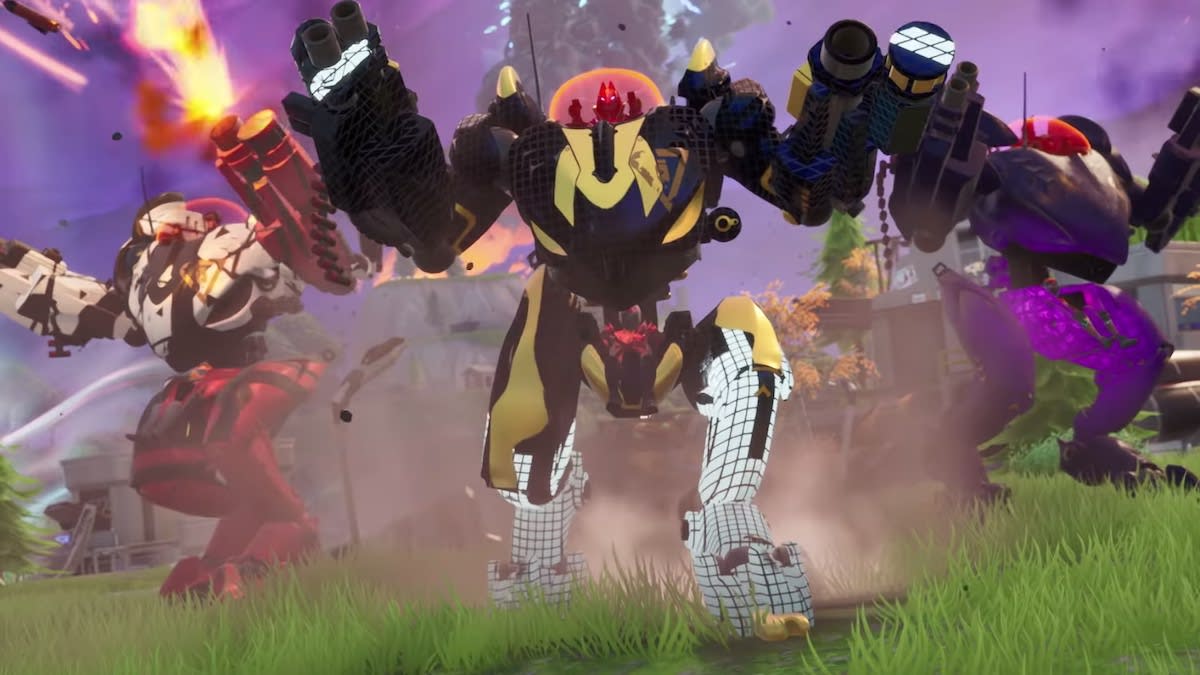 With the debut of Fortnite season X a few weeks ago, Epic Games added some superpowered B.R.U.T.E. mech suits to its battle royale game. According to the company, its mechs were intended to help level the playing field, but many high-level and even more every day-type players complained that they were just too powerful. Epic responded initially by limiting their appearances during the game's competitive mode, and added a new weapon, the "junk rift," that could help players fight back against them.

That still wasn't enough to make players happy, and now changes are live across all platforms for Fortnite that have significantly depowered the B.R.U.T.E. by reducing the number of missiles it fires, how fast it fires them, the radius of the explosions caused by its weapons, and reduced spawning rates. Also, now players can't pick up materials while stomping or dashing through the environment.

Thank you. Keep this up. 🤟 https://t.co/abvM4ivNiH

It's not all downside for the mechs though -- their health has been bumped up from 1,000 points to 1,250. Overall, it should reduce much of the frustration players have had because they could so quickly kill someone even if that person had full health, with the changes designed to make it so mechs can still destroy a structure quickly, without being as hard to fight against.

Epic has also temporarily removed the Junk Rift weapon from Arena playlists, which it says is the result of an audio issue.

The response from the community so far seems positive, as reflected by streamer TimTheTatMan and pro player FaZe Ewok showing their appreciation. There's no patch to download, so go ahead and try out the game now, then let us know if it's finally moving in the right direction.

In this article: B.R.U.T.E., Epic, Epic Games, esports, Fortnite, gaming, mechs, nerf, patch, season 10, services
All products recommended by Engadget are selected by our editorial team, independent of our parent company. Some of our stories include affiliate links. If you buy something through one of these links, we may earn an affiliate commission.