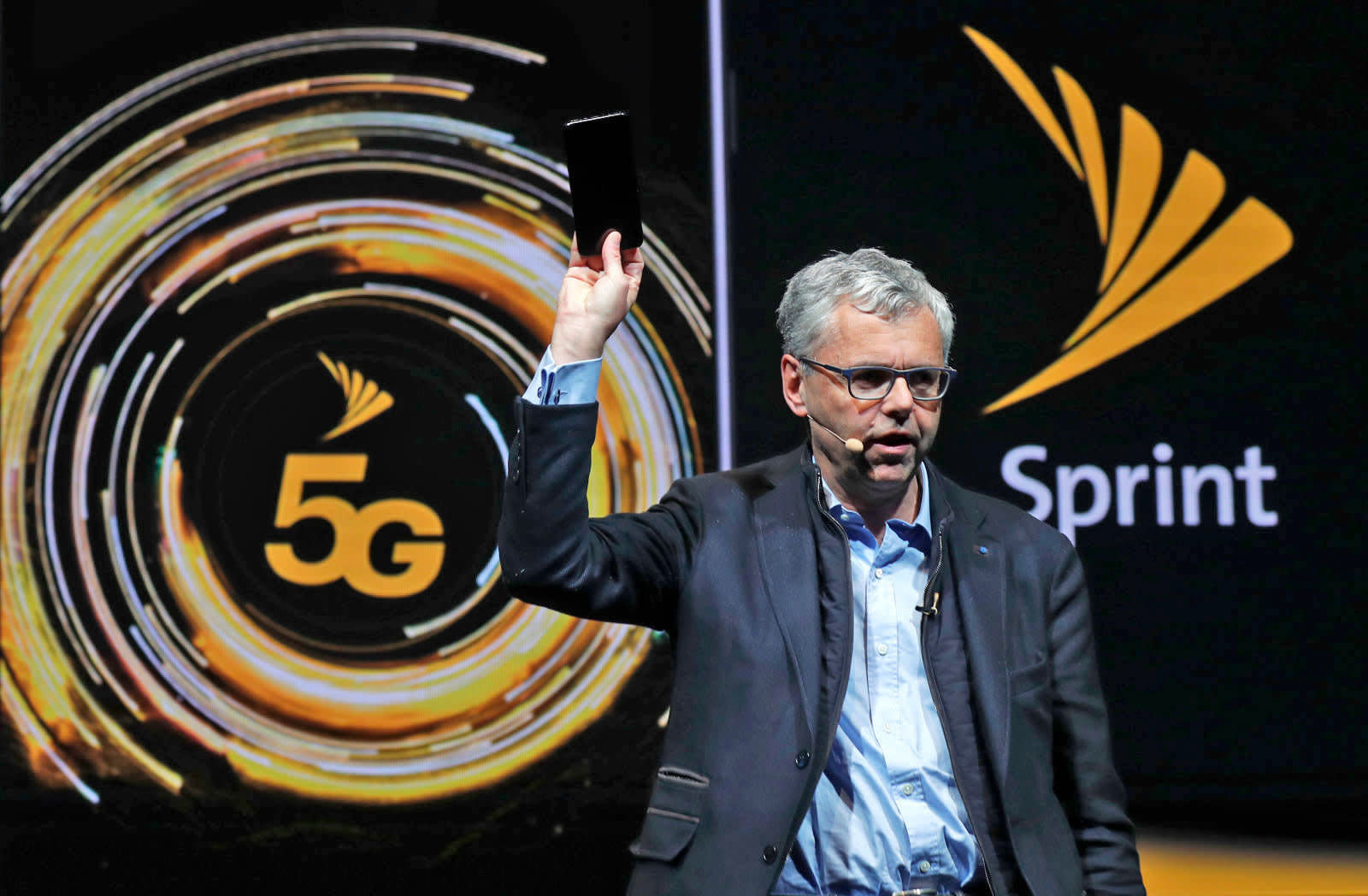 As promised earlier this year, Sprint's 5G footprint is getting a little bigger. This morning, the carrier officially lit up four new 5G markets — New York City, Washington D.C., Phoenix and Los Angeles — bringing Sprint's total to nine. When you include its original 5G markets in Texas, Illinois and Kansas, that brings the carrier's total coverage area up to about 2,100 square miles, where some 11 million customers will have access to what Sprint calls "true" 5G.

The thing to keep in mind is that Sprint's approach lacks the sheer speed that comes with mmWave network deployments. When we tested Verizon's 5G network in Chicago earlier this year, we found real-world peak speeds of about 600Mbps down — around New York City, Sprint reported peak download speeds closer to 400Mbps. That's a notable difference, certainly, but Sprint claims that its 5G network focuses on offering broader, more consistent service to its customers, rather than high speeds only few people can access. Sounds great, but that we'll test that claim ourselves with some Sprint 5G hardware later today.

Those keeping count might notice that Sprint was running slightly behind schedule here; it originally promised that it would get its 5G live in nine markets by the end of the first half of 2019. For now, though, the carrier is staying mum about markets it plans to light up with 5G next — Sprint CEO Michel Combes told gathered reporters that the current plan is to devote resources to strengthening those original nine markets, at least partially because those cities are also the carrier's largest markets in terms of LTE usage.

Keying in on markets where it's already popular and relied-upon is a savvy move on Sprint's part, but the move is enough to make us wonder whether Sprint will hold off on expanding further until its merger with T-Mobile is complete. After all, Combes himself just said that the merger would give Sprint the right "financials, assets and skills to expand everything we're seeing today" nationwide.

In this article: 5g, carrier, gear, mobile, smartphone, sprint, t-mobile, verizon
All products recommended by Engadget are selected by our editorial team, independent of our parent company. Some of our stories include affiliate links. If you buy something through one of these links, we may earn an affiliate commission.