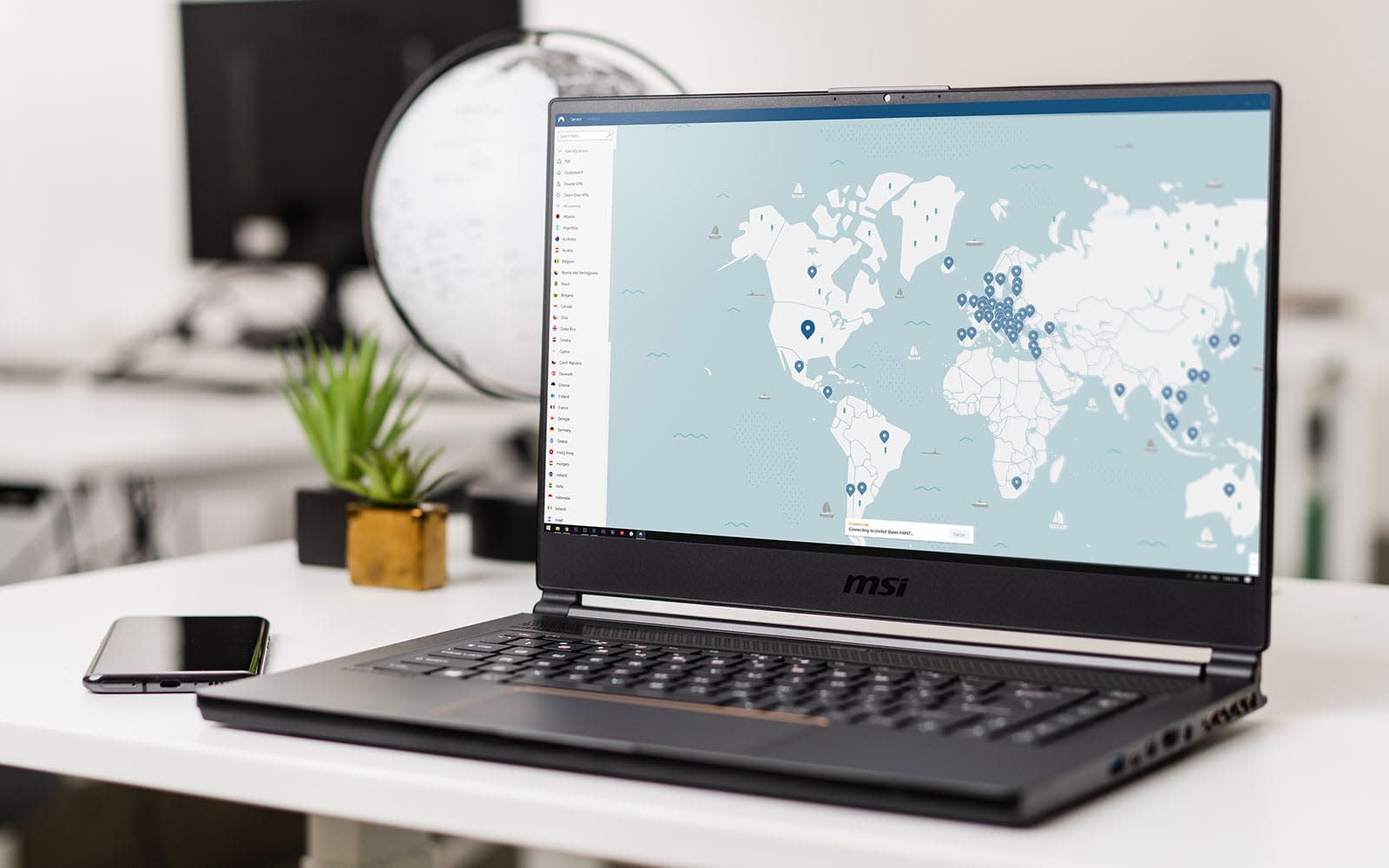 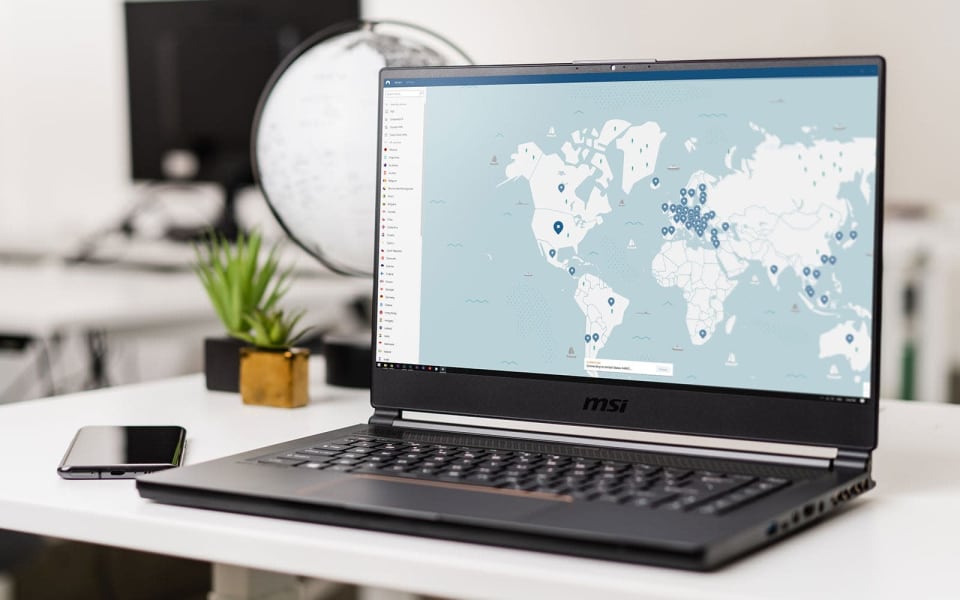 If we've learned anything in the past few years, it's that the internet is full of creeps trying to spy on us. And I don't just mean malicious hackers, scammers, wi-fi snoopers, account hijackers and wankers in trench coats. Often the creeps in question are companies snatching our private data. And advertisers following us around like mouth-breathing Peeping Toms.

It's a lot to deal with, which is why many people decide to just ignore the problem and take terrible risks with their security and privacy. The bigger problem, of course, is that we're all so damn connected. So anytime we do the computer security equivalent of peeing into the wind, there's a whole bunch of people in our address books and contacts who have no idea they need an umbrella.

So whether you're online on your phone, tablet or desktop -- stop doing that! It's gross. Plus, you also don't need to be connected all buck naked like that. Cover your assets, and use a nifty little tool known as a VPN.

A VPN, or virtual private network, keeps your computer's IP address -- and your physical location -- private. More and more, people are using a VPN to create a private path for their computers and mobile devices to use when they access the internet. It's a great way to keep your browsing private and attack-proof. 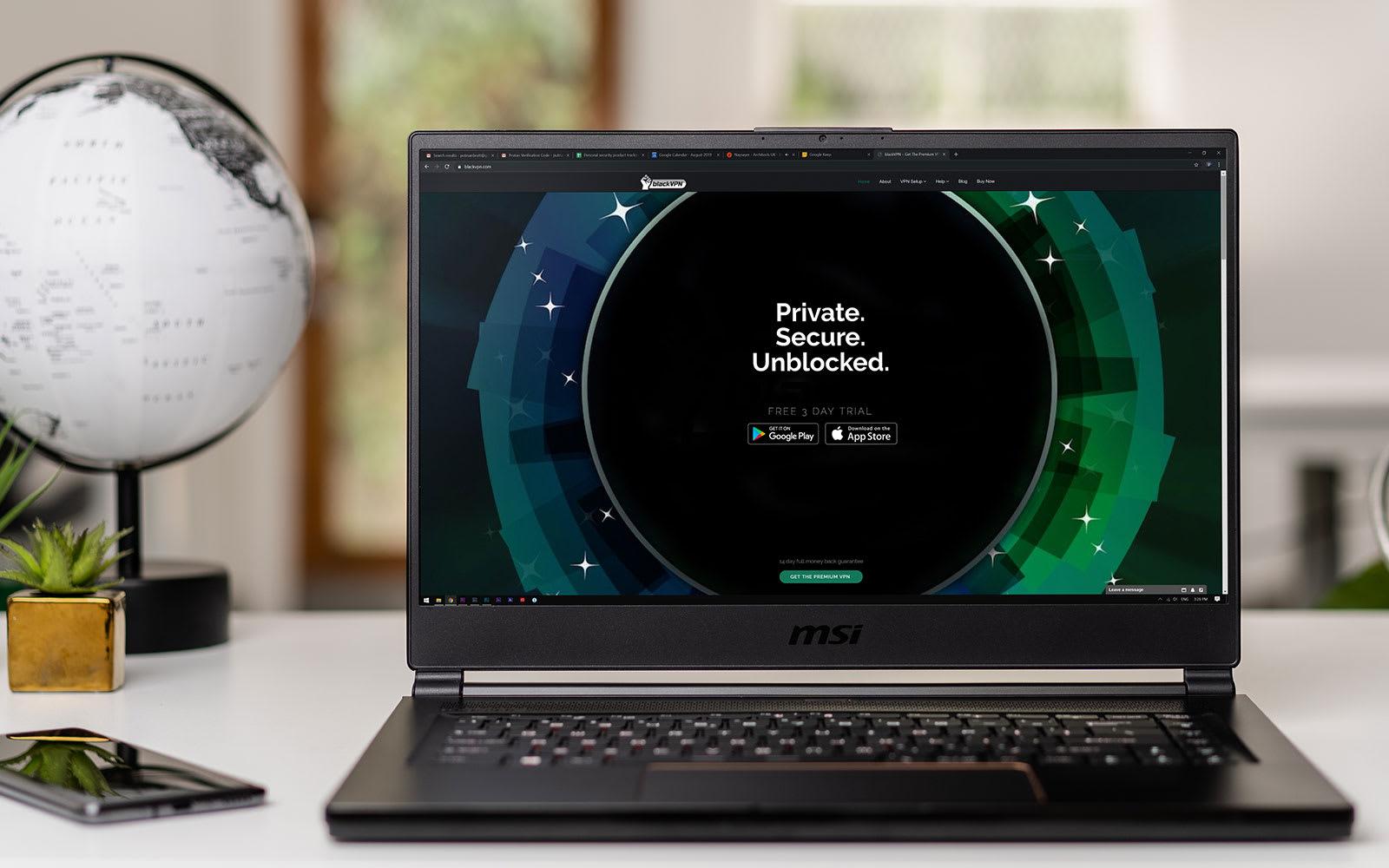 With a VPN, your data travels encrypted from you to a VPN server; from there, your connection travels to your final destination (a website, or the server of whichever app you're using). This way, websites -- and anyone else, like advertisers or attackers -- only see the VPN's IP address and not yours. In addition, your ISP (internet service provider, like AT&T and Comcast) only sees you visiting the VPN and doesn't get to tag along and spy on where you go or what you do.

That's why a VPN is essential for personal security and privacy whenever you use public wi-fi. You should never use public WiFi, or someone else's WiFi, without one. Why? A VPN protects your data, including instant messages, e-mails, downloads, uploads, login information, which sites you visit, which apps you use and even your physical location.

A good VPN encrypts your internet traffic, preventing people from intercepting your connection. Though if a VPN offers "military grade" encryption, be suspicious: This is a BS marketing claim. Many companies use the same encryption standards as the US government, so pretty much anyone can make the "military grade" claim, and it does not mean they have the same security protections as the military.

A VPN is also a handy way to protect your identity if you want to leave a comment or browse secretly without the website you're visiting knowing your location.

VPNs protect you from:

Oh, and in case you're wondering -- yes, they're perfectly legal and actually pretty normal for business use. In companies, VPNs are typically used to connect employees who aren't at the workplace to a computer at work. They connect remote employees to central work servers. Many companies have VPNs so workers can access files and other resources safely over the internet when they're not in the office. However, VPNs are currently restricted in some countries, like the United Arab Emirates, Russia and China. 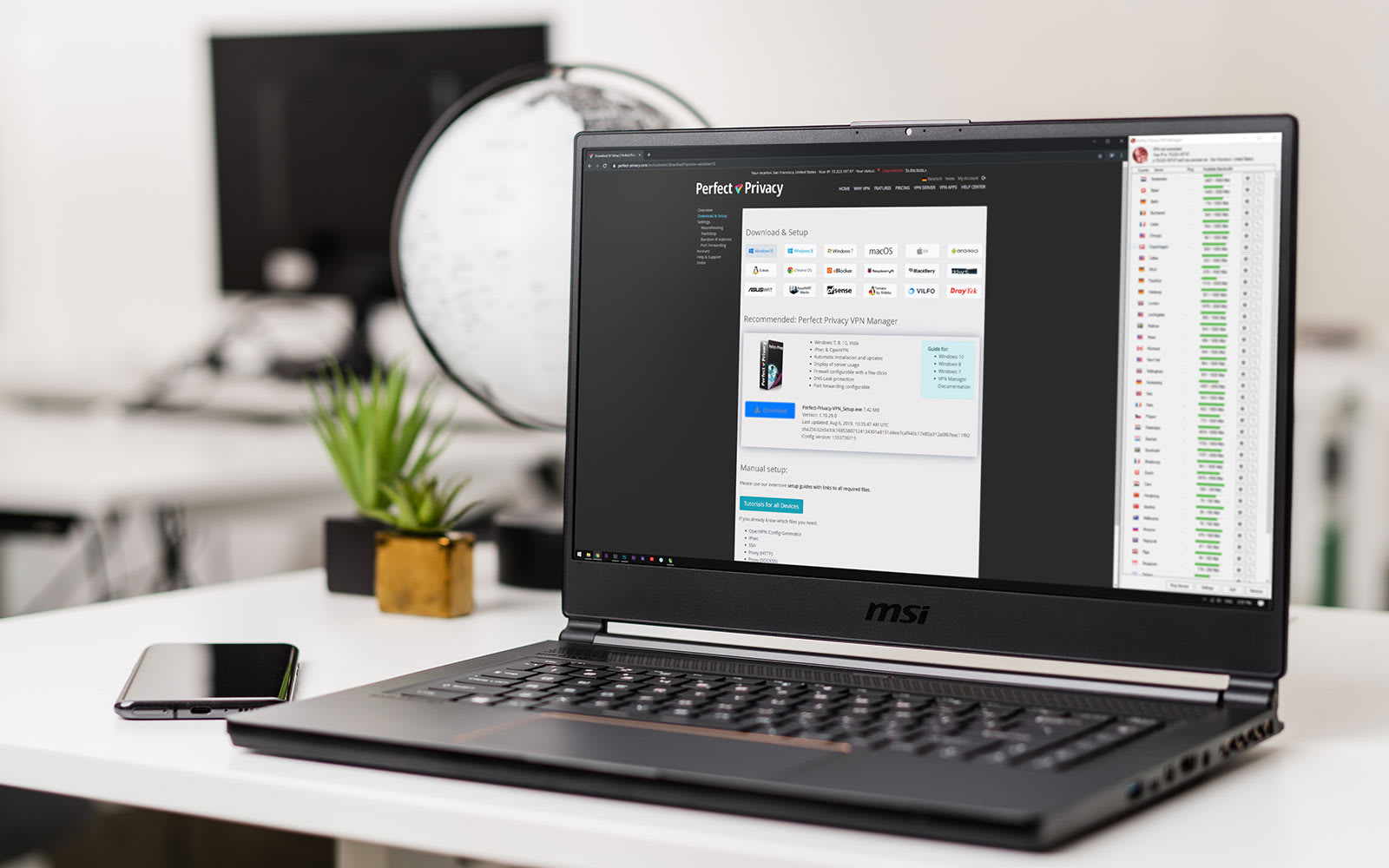 Outside of company use, VPNs are being used more and more by people who just want to make their internet use more secure from attackers or nosy, data-snarfling companies. The post-Snowden panic pushed conversations about VPN use beyond the social circles of privacy and security nerds.

And VPN use moved even closer to the mainstream in March 2017, when the current administration and FCC came together to remove consumer privacy protections from ISPs. These changes made ISPs free to track you and sell your data to third parties -- and ushered in a boom in VPN use and awareness.

VPNs are generally easy to use, and there are many to choose from. Your home internet service provider might even offer one for free. For instance, California-based ISP Sonic offers all its customers a free OpenVPN app as does security service Cloudflare. But all you need to do is pick the right VPN for you, install its app, follow any setup instructions (they're minimal, if any), click to turn it on, and forget about it while you safely use the internet. 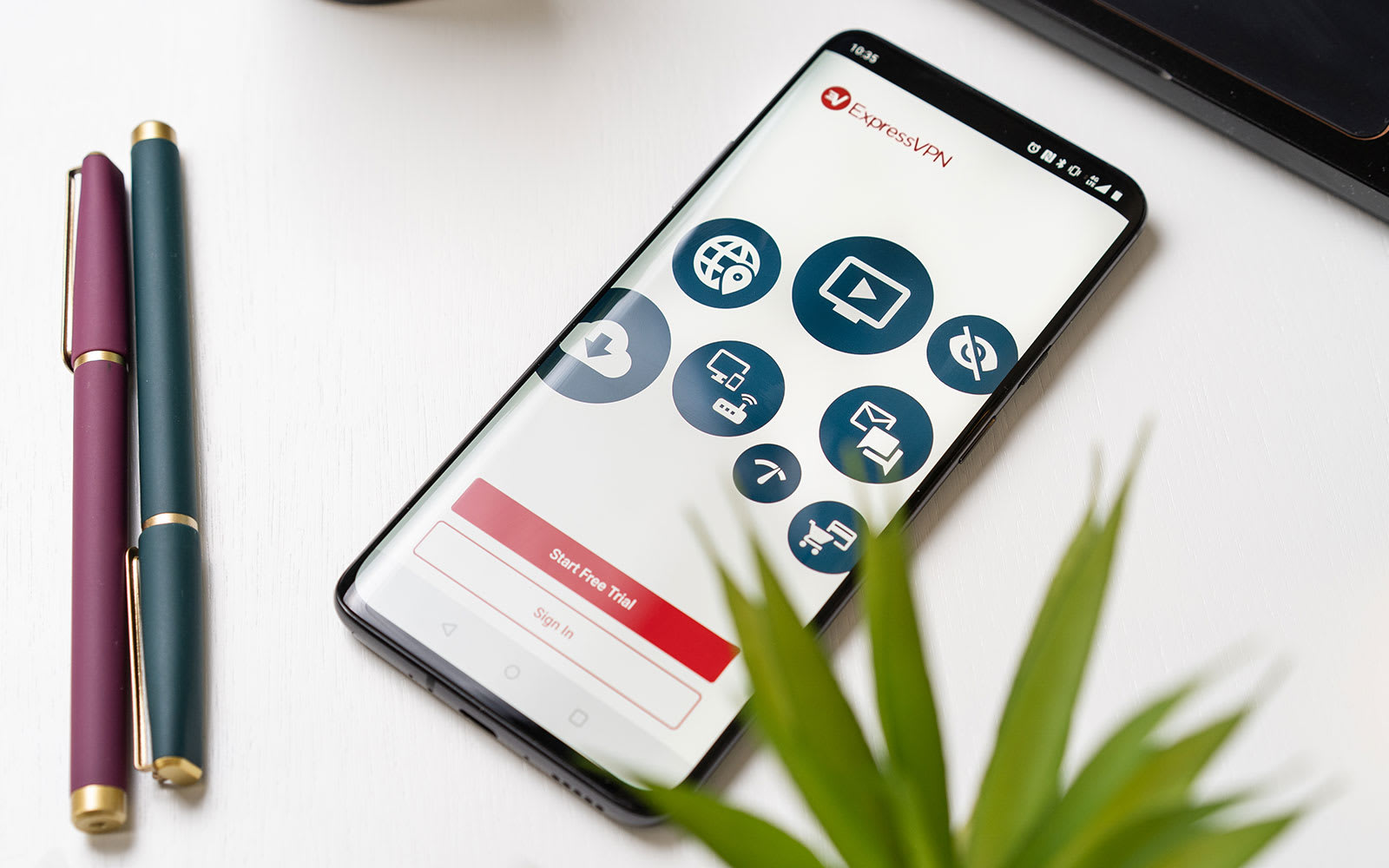 Many VPNs have the option of a login and password when you turn it on, if you want that extra layer of security. Some VPNs give users a selection at startup, in which you can choose the physical location of the server you use for connecting to the internet. So if you want website to think you're in a different city or country, that's a pretty typical option you can expect to encounter.

Now you just need to pick one. With the interest in VPNs surging recently on surveillance worries and consumer concern about overzealous tracking by companies, there's been a bit of a boom in the VPN market. Of course, this also means there has been an increase in shady and shoddy VPN charlatans. Like with most security tools, you just need to shop smart. One great filter is to avoid free VPNs unless they come from a trusted provider, like Sonic. (If it's free, there's a hidden cost somewhere -- like your privacy or security.)

In general, what you want to look for is a VPN with a good reputation: Use Google, and see if any issues come up in searches. You'll want to look for ones that don't have known data leaks, have good performance, feature quality apps for all your devices, that support the OpenVPN protocol and encryption standards, and ideally have a money-back guarantee.

Restore Privacy does a ton of work on finding safe VPNs, and they keep a current list of the best. If you want to get down and nerdy about it, a very thorough chart of VPN comparisons can be found at That One Privacy Site. Another good spot to use for VPN research is TorrentFreak's yearly "Which VPN Services Keep You Anonymous?" post.

Once downloaded, a VPN is simple to use: Just turn it on before you go online (before you open your email, open a browser window, and so on), and you're all set. In a public WiFi environment like a café or airport, you'll need to log in to the WiFi first and then open your VPN before making another move.

And that's it! Go get a VPN, install it on your devices, use it whenever you're out and about (or even when you're home), and Bob's your uncle! Okay, I don't actually know what that saying means. But I do know my way around privacy and security, and I hope you don't wait to get going with a VPN. It may not feel like it nowadays, but your data is still yours, and it's very much worth protecting. 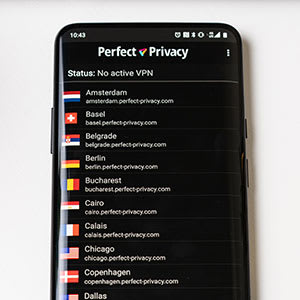 *ProtonVPN is endorsed by Firefox

In this article: badpassword, blackvpn, expressvpn, gear, nordvpn, perfect privacy, personalsecurity2019, protonvpn, security, thebuyersguide, torguard, tunnelbear, vpn
All products recommended by Engadget are selected by our editorial team, independent of our parent company. Some of our stories include affiliate links. If you buy something through one of these links, we may earn an affiliate commission.
Share
Tweet
Share