Canon isn't the only one introducing new cameras today. At an event in New York City, Sony has revealed its A6600 and A6100 shooters, the latest additions to its APS-C mirrorless lineup. Of the two, the flagship model is the A6600, which features a 24.2-megapixel APS-C sensor, an AI-powered Z-Bionz image processor, 425 phase-detection autofocus points and a ridiculously fast 0.02-second AF speed -- which Sony calls the "world's fastest." The A6100, meanwhile, comes with the same autofocus speed, 11-frames-per-second continuous shooting mode and 24.2-megapixel sensor as as the A6500, with the main differences being that it has a smaller battery and lacks a headphone port.

Sony says that, with these two new cameras, the goal was to bring the imaging quality of its full-frame mirrorless cameras to the more compact format that is APS-C. For videographers, in particular, the larger battery and the presence of an 3.5mm audio jack will likely gear them toward the higher-end A6600 -- as Sony says those are features the "creator" community has been long been waiting for. The A6500 from 2016, for instance, did not have have a headphone port. Both the A6600 and A6100 can shoot 4K/HDR video and have a 180-degree tilting touchscreen on the back, along with real-time tracking and Eye AF (thanks to that AI processor) and a built-in OLED viewfinder. 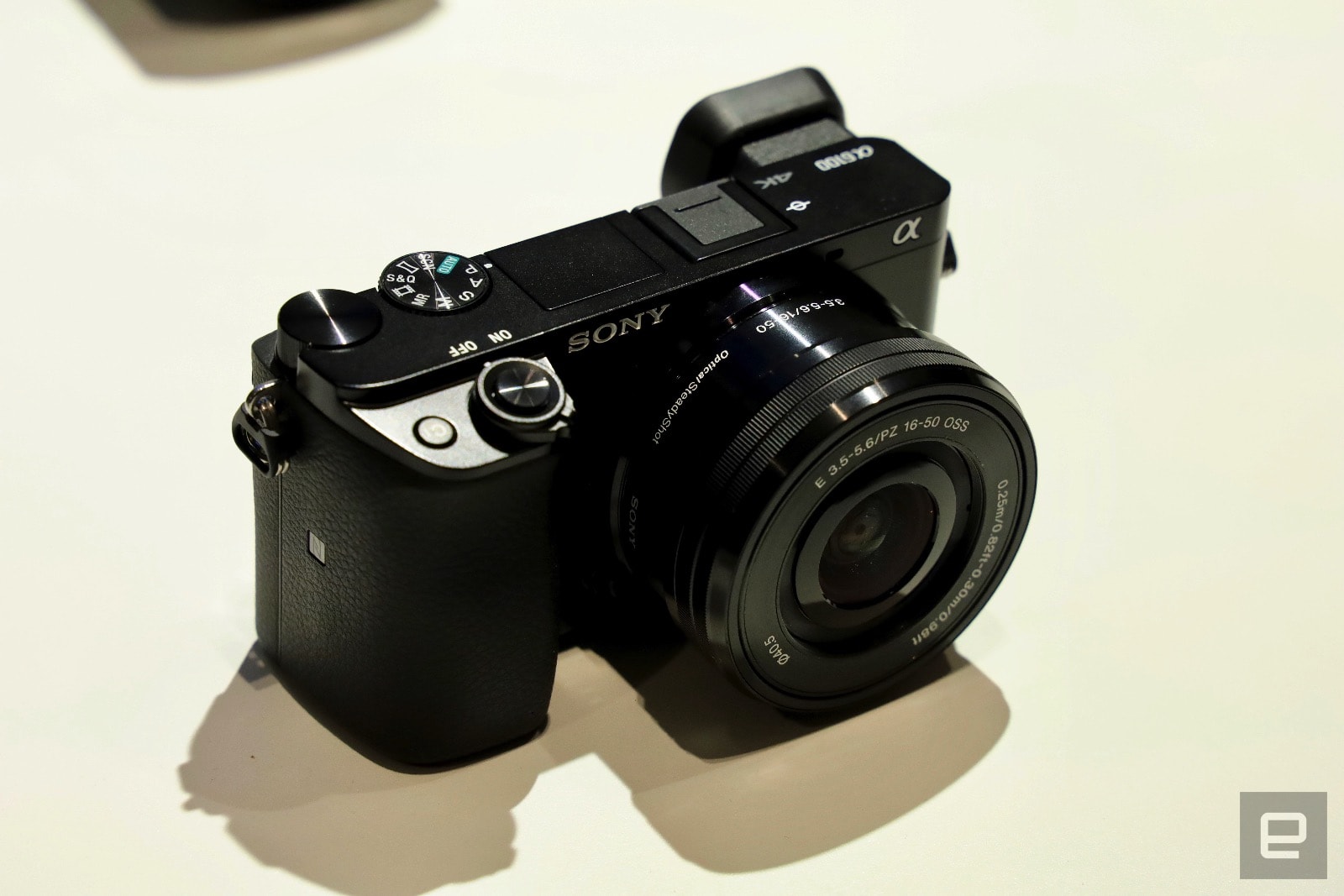 If you've ever held one of Sony's APS-C mirrorless shooters, the A6600 and A6100 will feel quite familiar. They're slightly lighter and less bulky than, say, the full-frame, 61-megapixel A7R IV, which is great for photographers or videographers who would rather carry around a more compact body -- and, most importantly perhaps, who aren't looking to spend a few thousand dollars on a camera. To complement the A6600 and A6100, Sony also announced two E-Mount lenses, the E 16-55mm F2.8 G and E 70-350mm F4.5-6.3 G OSS. One of the A6600s that was at the event here in NYC was paired with the new super-telephoto zoom, and I do have to say it looked a bit odd on such a small body -- though that doesn't mean it won't take solid, crispy photos.