"One of the best gadgets you can have is a doorstop."

Douglas White has been in the personal security business for nearly 30 years. He started training in martial arts 24 years ago, and he's been a bail enforcement agent -- a bounty hunter -- for 13 years. He's done international security tours with Linkin Park and the Stone Temple Pilots, but he's currently prioritizing fatherhood and capturing fugitives from his home base in Connecticut.

White can handily navigate a dark alley filled with foes, even when his only weapons are his hands. However, in an ideal scenario, White will always have a tool at his disposal. Not necessarily a weapon -- then again, anything can be weaponized if you try hard enough.

"The self-defense seminars that I teach are all weapons-based," White said. "Because I do believe, even after all this time doing martial arts, that the empty-hands stuff, it's effective but it takes time to distill. And it's not always going to work out for you on the street. I always promote somebody leveling the playing field by getting something in their hand."

White's doorstop advice isn't a suggestion to bring down assailants by smacking them with rubber wedges. It's about prevention, and it's proof that your self-defense tools don't need to be high-tech to get the job done (though a little electricity certainly helps).

We asked White to break down the best gadgets to have in your bag, pocket or hand when walking alone down a dark alley, and he had plenty of suggestions. He also had a story for every situation.

One night years ago, White found himself in a teachable moment.

Instead of diving in, fists flailing, White wanted to defuse the situation with whatever he had on hand. In this case, it was a bamboo fan.

"One of the weapons we use in Chinese kung fu is a fan," he said, "and people don't realize when you really pop it open, it's loud. It's really close to the sound of a gunshot."

So, White pulled out his fan and made his move.

"These guys were pounding the shit out of each other," he said. "And when you take the fan and pop it, you go like pop-pop-pop-pop-pop five times quick, what actually occurs there mentally is it's a state-breaker. And that's what happened. Every single person just stopped. They were still holding each other mid-punch and just looked, and everyone went from anger to what the?" 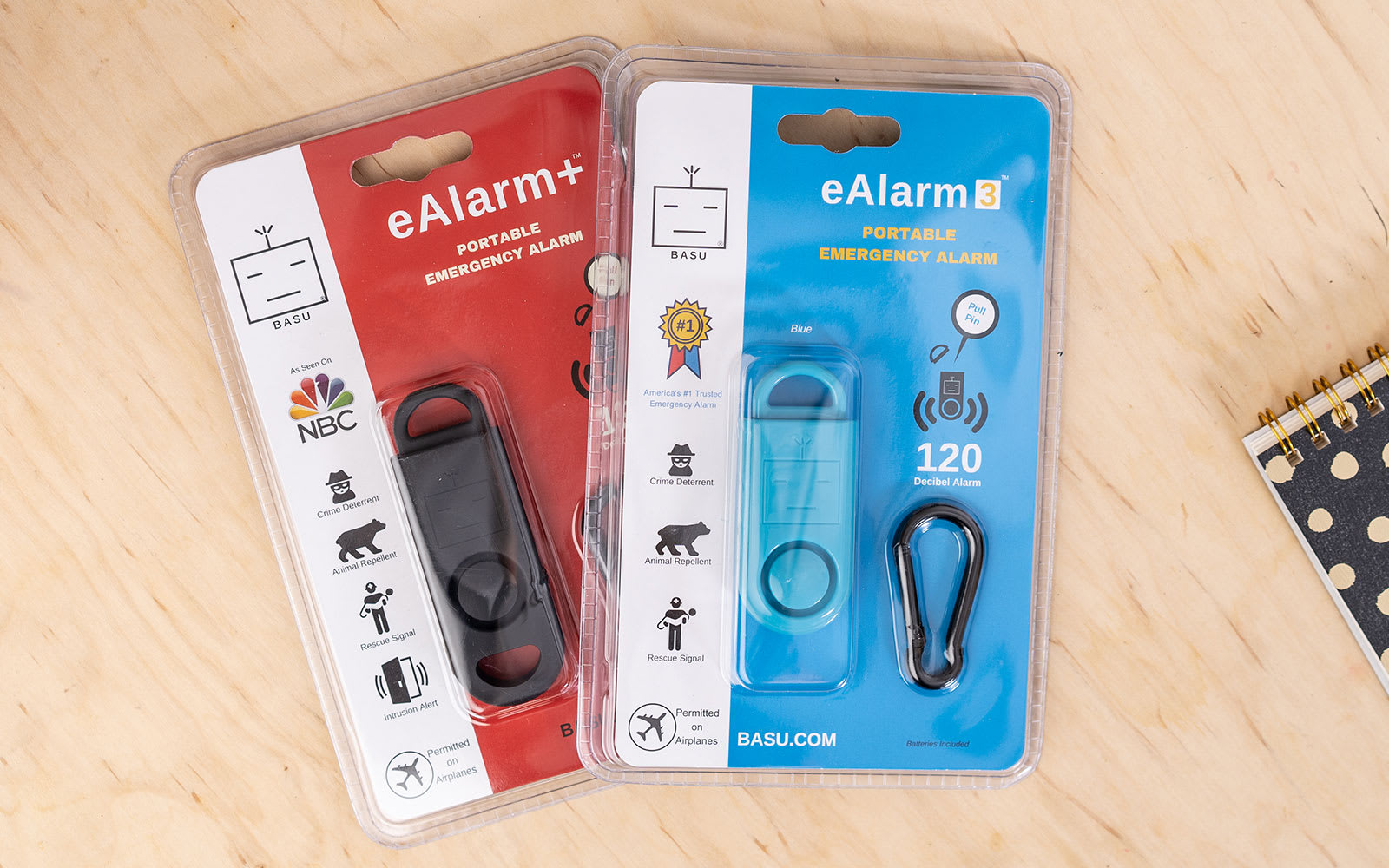 State-breakers come in myriad forms, from jarring sounds to bright lights, but they essentially cover anything that shocks an attacker into temporary confusion, pausing the assault and providing a window to escape or fight back. White doesn't recommend everyday folks carry fans in their back pockets, but there are plenty of tools on the market designed with state-breaking in mind. For instance, there's the BASU eAlarm+ ($25), a gadget that emits a loud sound when the top pin is pulled. It looks like a USB device and it's small enough to fit on a keychain, but when activated it emits an alarm at 130 decibels, a noise level comparable with standing 50 feet away from a military jet, complete with afterburner, as it takes off from an aircraft carrier.

"It's not so much the gadget as what the application is," White said. "Like the flashlight, just blinding somebody with a flashlight for a second is a state-breaker."

A flashlight is one of White's go-to personal defense tools. Not only can one temporarily blind someone, but many are heavy and sturdy enough to also be used in a physical altercation.

"A really good flashlight, it's not obvious, but when you look on the end of the bezel, which is where the light comes out, they have these crenellated striking edges on them," White said. "And they're so underrated as a self-defense tool because you can hit with it, but you don't even really have to. You can press it into somebody's clavicle and they'll just wilt under it."

Some flashlights are built specifically for self-defense purposes, with exaggerated bezels and textured grips. The SureFire Defender Ultra ($179) is an LED tactical light designed for fighting, with an aluminum body and Mil-Spec hard-anodized coating. It's small enough to fit in a pocket and strike with one hand. It's also a powerful flashlight, of course.

"Obviously with a flashlight you can blind them, but in general just illuminating your path and seeing what you're coming up against -- it's just good practice to have a flashlight," White said. The Venn diagram of "tech gadgets" and "self-defense weapons" has one giant, all-caps word at the heart of its intersection: TASER.

"I can only recommend what I know is going to work for people, and when it comes to using self-defense tools, the obvious one when it comes to tech, to me, is the taser," White said, "which is a great option."

He took a few seconds to talk through that last statement before adding, "Where they are allowed, a taser is a good option." 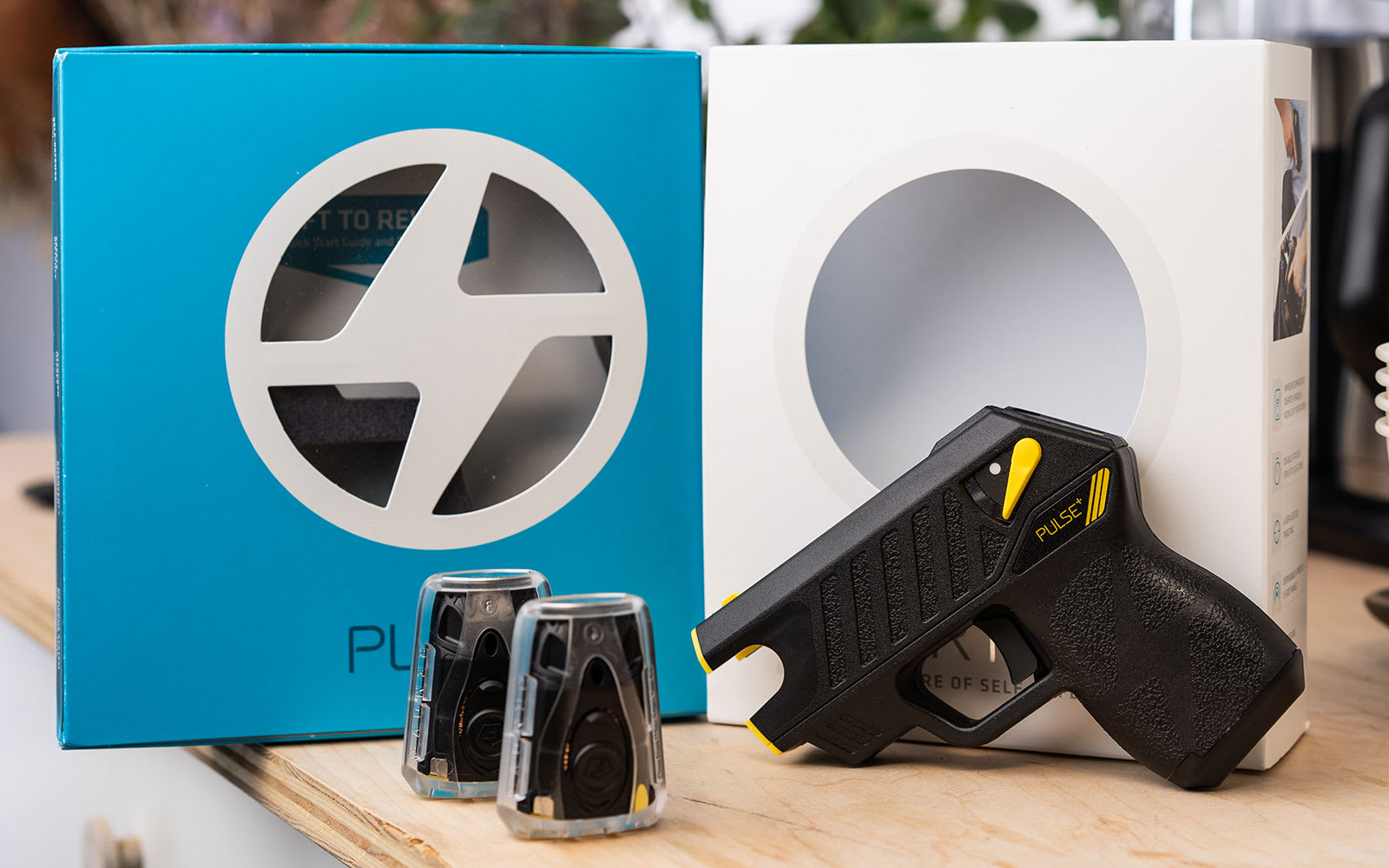 Tasers may be the ultimate self-defense tool, but they come with a handful of limitations. First, here's how they work: Pulling the trigger expels two tiny electrified probes that stay connected to the weapon via conductive wire measuring up to 15 feet in commercial models. The darts in newer iterations are designed to puncture thick layers of clothing and stay embedded in the skin once they make contact, firing electrical pulses into a person and resulting in neuromuscular incapacitation -- the loss of control of their muscles.

Tasers are high-reward and also high-risk. They're effective when wielded properly, but they can be extremely dangerous, even lethal, for anyone who hasn't studied up and practiced using one. Tasers are more expensive than many other self-defense tools, and they're not legal for civilian use in every state.

But if you can get a taser and invest time in training, it's the number one option for personal self-defense. The Pulse+ ($450) is the latest model from TASER, the company and proprietary eponym. It's equipped to work in the Information Age -- the Pulse+ pairs with the Noonlight app, which can alert authorities the second your weapon is fired, using your phone's GPS to track your location. That service costs $9.99 a month.

"There's a lot of training involved," White said. "They're not cheap. But that's kind of the ultimate, I would say, gadget. ...I teach more locally in the northeast, and again, it's just not an option because you can't carry one." Which brings us to the final scenario: weapons you can bring nearly anywhere.

White's next recommendation sounds like something out of Spy Kids.

"When I travel internationally," he said, "I usually have what's called an Unbreakable Umbrella."

Unbreakable Umbrellas come from NTOI, and the walking-stick model that White favors runs $129.95. On top of functioning as a perfectly fine umbrella, an Unbreakable is light, weighing just over one pound. It still "whacks just as strong as a steel pipe," according to NTOI, and it's legal to carry everywhere. 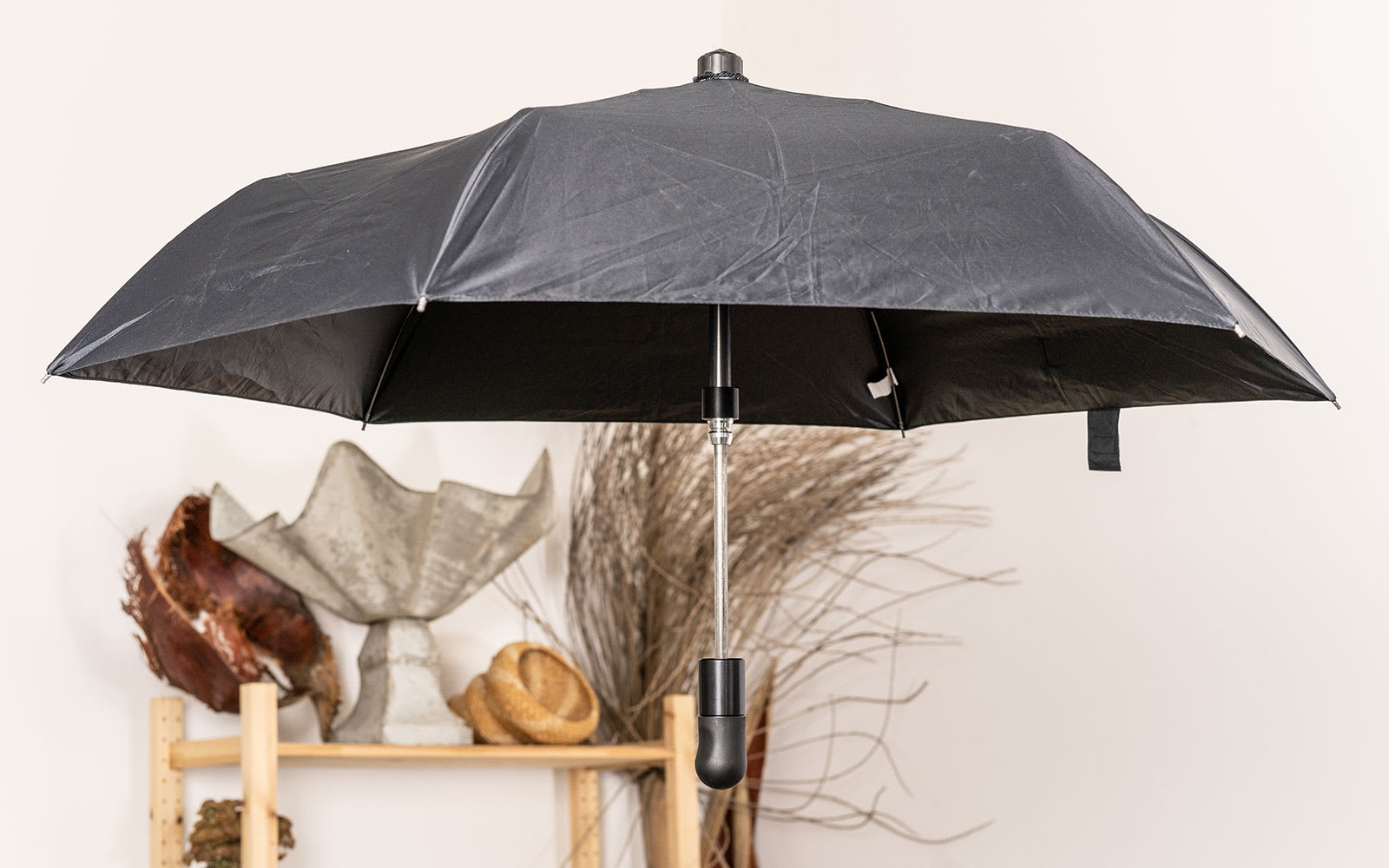 "It's really cool," White said. "Just a super sturdy umbrella with a metal rod all the way down the center, and it's got a crook on it like a cane does. And, because it's an umbrella, it really comes in under the radar."

Another everyday item that works well as a defense tool is the tactical pen. This one is a little trickier, when it comes to airplanes -- the Transportation Security Administration considers tactical pens to be weapons, and therefore they're banned from flights. However, many models are sleek enough that they simply look like high-quality or extra-rugged writing devices, meaning they can be carried into most scenarios without raising alarm.

Take the ISBOSI Tactical Pen ($39.95), for example. It's a large, stainless-steel device with a knob on the back and an extra-long, extra-pointy tip, but it's still immediately recognizable as a pen, not a weapon. An unspoken refrain runs beneath all of White's advice: Practice. Practice. Practice. He teaches self-defense classes and highly recommends them to anyone curious about personal-security gadgets. Even with all of the fighting and defense styles at a student's disposal, White said some of the most powerful moments in his lessons aren't physical at all. They occur when a student actually gets their hands on a tool, and suddenly recognizes their personal limits of violence and security.

"These tech items are part of the recommended self-defense spectrum," White said. "I teach all those different things because I understand that choosing to carry a weapon is a very personal thing for somebody. Not everybody is willing to grab a blade and cut somebody -- nor should they. And vice versa with firearms and any weapons. So it's really a bit of discovery you have to go on internally to decide what's good with you morally."

There's absolutely nothing wrong, morally or otherwise, with buying a new umbrella. And if you're going to buy a new umbrella, you might as well get the one with a metal rod running down the center for protection from the rain and anything else.

All products recommended by Engadget are selected by our editorial team, independent of our parent company. Some of our stories include affiliate links. If you buy something through one of these links, we may earn an affiliate commission. All prices are correct at the time of publishing.
Dark-alley defense: Tech tools to keep you safe
alarm
basu
defense
gadgetry
gadgets
gear
isbosi
ntoi
personalsecurity2019
security
SureFire
taser
thebuyersguide
umbrella