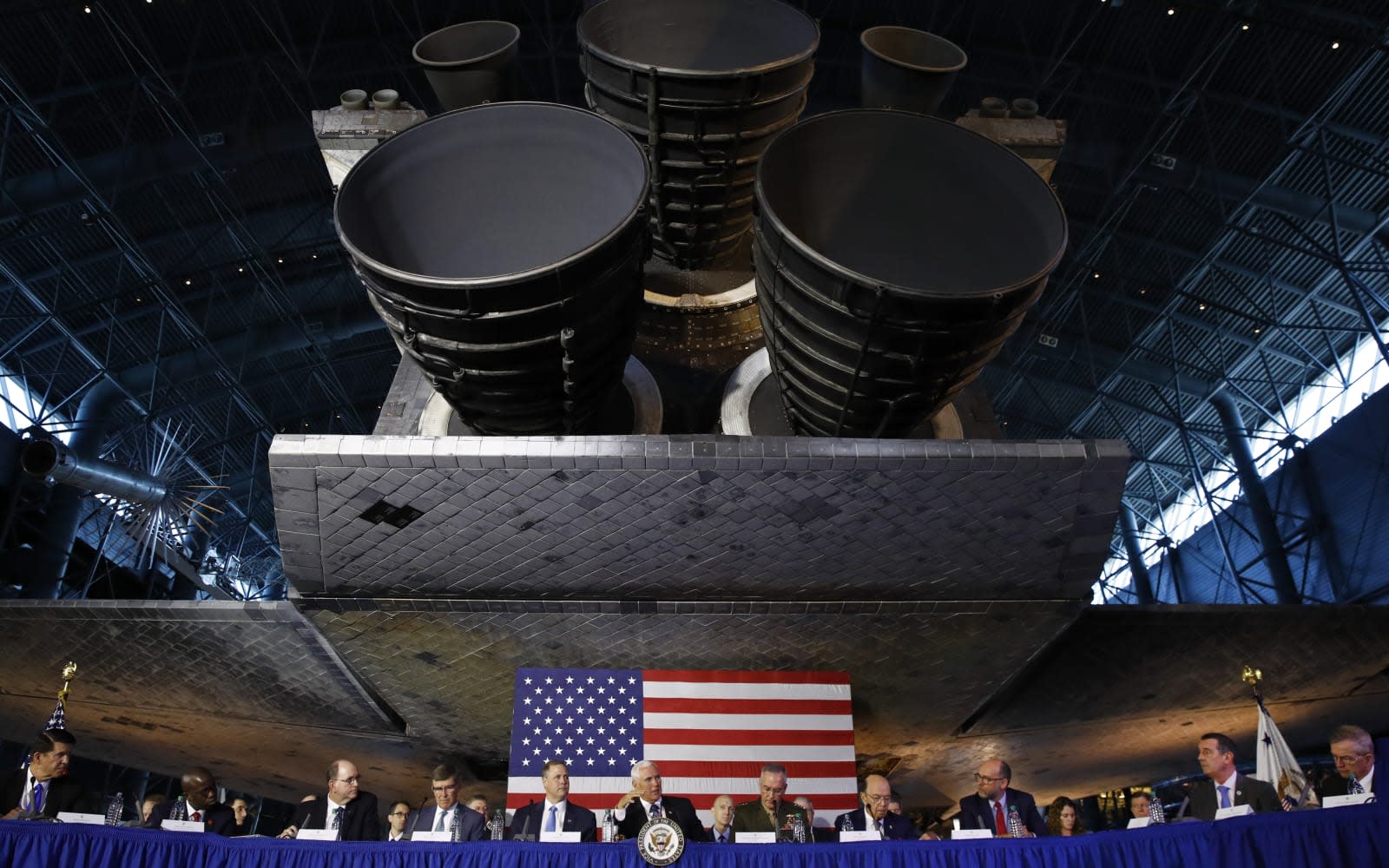 Today, President Trump and Vice President Pence announced the return of the US Space Command -- a Cold War-era division of the Air Force that's been on a 17-year hiatus. The revival of the US Space Command is meant to "ensure the protection of America's interests in space," Defense Secretary Mark Esper said at a news conference Wednesday. But it could be confused with Space Force -- the sixth branch of the military that Trump hopes to create -- or the existing Air Force Space Command, which focuses on Air Force operations in space.

"The dangers to our country constantly evolve, and so must we," Trump said at an event today. "Now, those who wish to harm the United States, who seek to challenge us in the ultimate high ground of space, it's going to be a whole different ballgame."

The revived Space Command was first established by the Air Force in 1985, NPR reports. As the Cold War was heating up, it was meant to coordinate missile defense and surveillance efforts. But by 2002, military focus had shifted to terrorism, and Space Command was merged into the unified Strategic Command. It was refocussed to the US-led invasion of Afghanistan.

Last year, Trump ordered the Pentagon to separate Space Command from Strategic Command and create a stand-alone entity for "space-related responsibilities." That would include defending American satellites, supporting troops from orbit and planning future space combat. Trump has also called for a space-related sixth branch of the military to be created, but that will require Congressional approval. In the meantime, reviving Space Command could allow the Oval Office to establish leadership structures and coordinate missions, so it will be ready if and when Space Force gets the green light.

In this article: air force, mike pence, military, national security, pentagon, politics, revive, space, space command, space force, tomorrow, trump, Trump Administration, us, us space command
All products recommended by Engadget are selected by our editorial team, independent of our parent company. Some of our stories include affiliate links. If you buy something through one of these links, we may earn an affiliate commission.