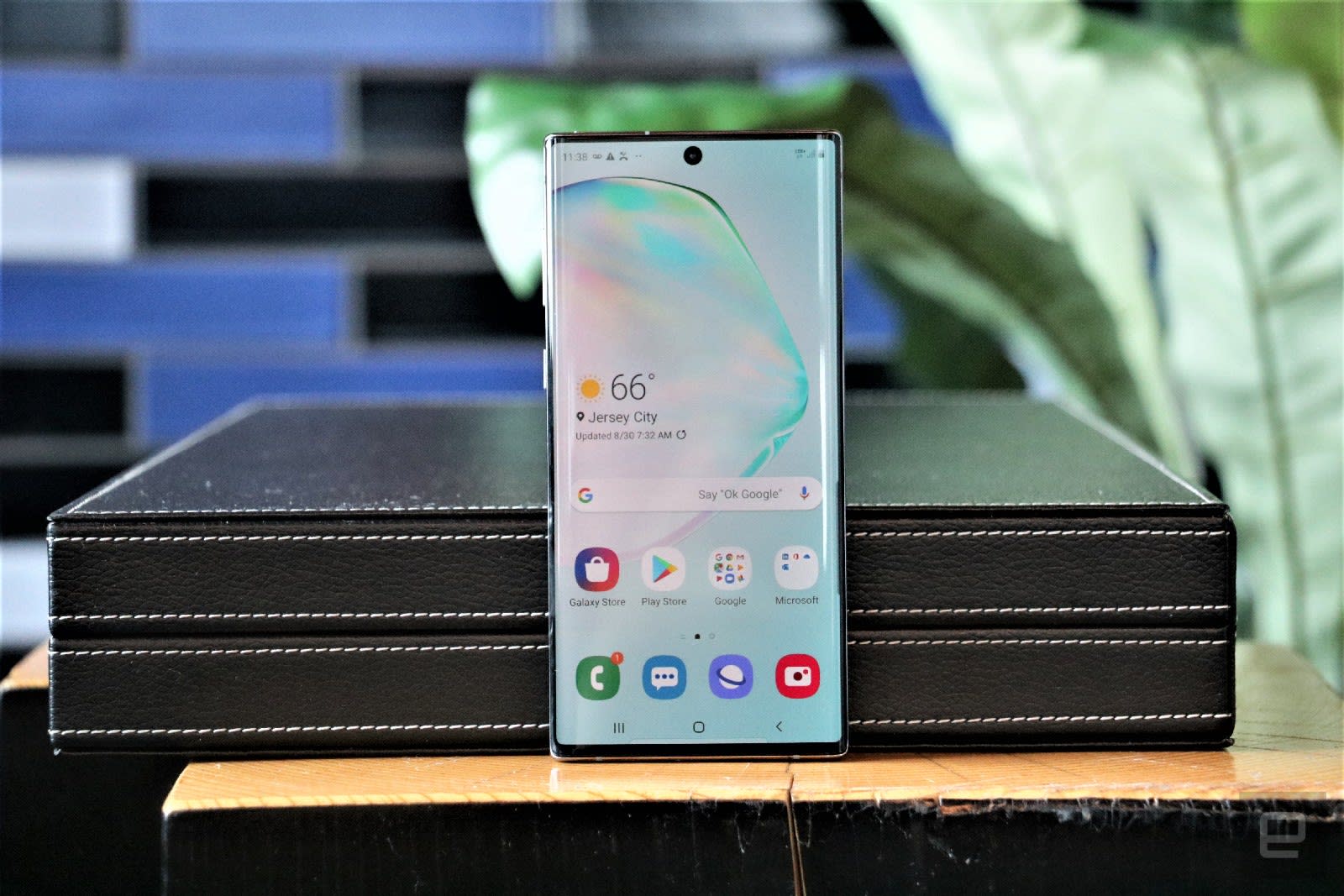 Having the S Pen in a smaller handset is great, but it’s not worth $950.

For the first time since launching the Galaxy Note, Samsung has made two sizes of its flagship big-phone. The Note 10+ is a powerhouse, but frankly, I find the smaller Note 10 more intriguing. It has a slightly smaller screen than the Note 9, squeezed into a body that's about the same size as the S10. Yes, it does have a 6.3-inch screen. But it's shoved inside a handset that's ever so slightly larger than an iPhone XS, which has only a 5.8-inch display. This offers a way for people to get the series' hallmark S Pen in something a little less cumbersome than the typically oversized Note. 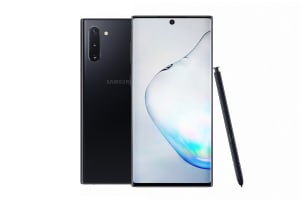 But Samsung had to make some tradeoffs to shave those millimeters. For example, the Note 10 has a full HD display, which would maybe be excusable if this were a $500 phone or if it were 2016. But the Note 10 costs $950. And in 2019, pretty much all high-end phones have gone quad HD. Samsung also ditched the microSD slot here -- something that has been a staple of the Note series since day one, and that power users will surely miss.

Yet the new, smaller phone isn't meant for the average Note fan. With it, Samsung is trying to sell the S Pen to a larger audience -- whether it's people who find Notes too big or those who obsess a little less over spec sheets.

Most of the Note 10's new features are the same as those in the Plus, and Chris Velazco has already gone over those in excruciating detail, so I'm not going to retread all of them. Instead, I'm going to focus on what makes the Note 10 different, and whether you should pick the smaller handset. 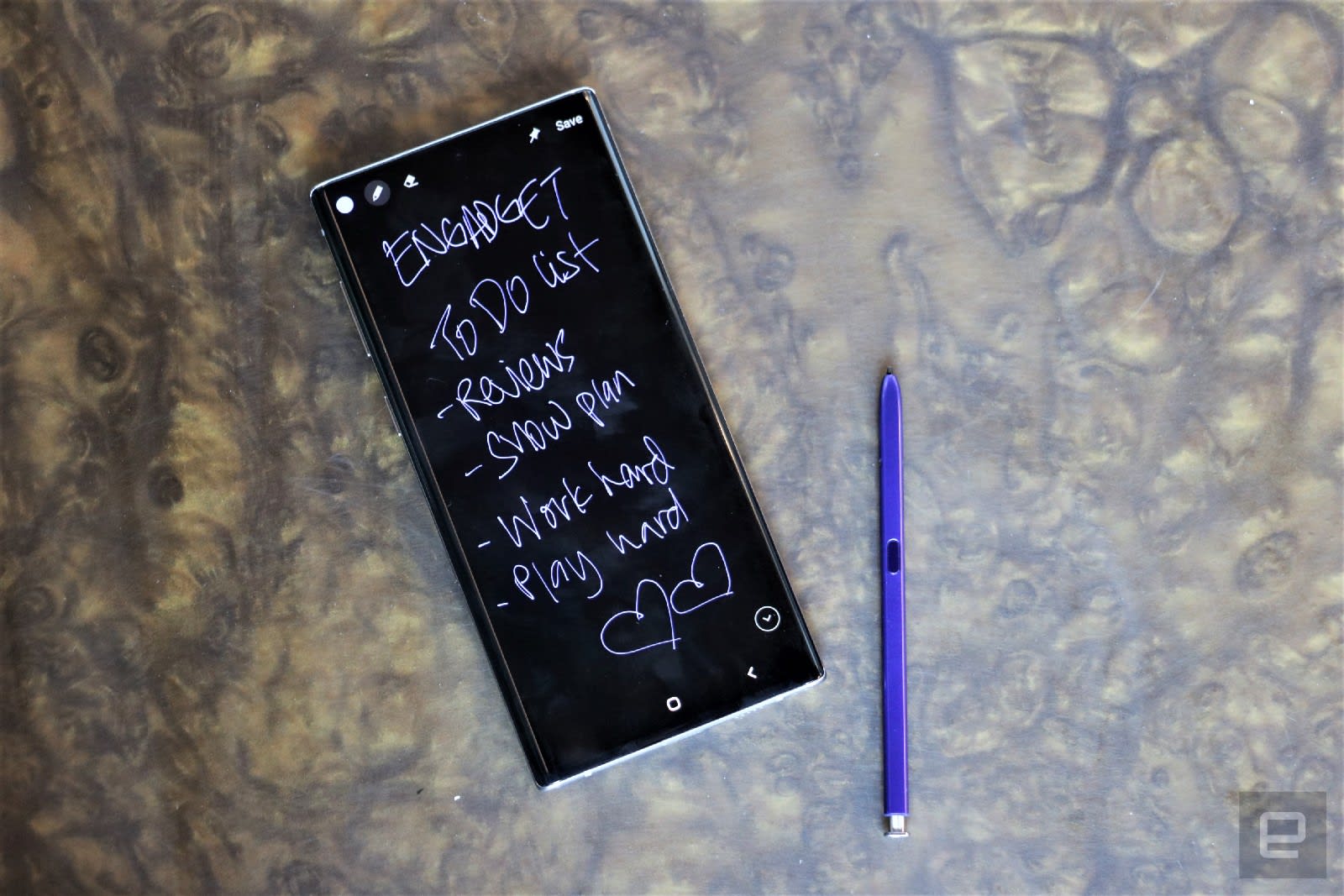 The importance of the S Pen

First, though, allow me to gush over the S Pen for a moment, since it is after all one of the biggest selling points of the Note series and is also why getting a smaller Note is a big deal. Back in the day, the stylus was really only useful for those who wanted to draw or write notes on their phones. Now, though, the S Pen is more than just a writing implement.

After adding Bluetooth support to the S Pen last year and turning it into a remote control, Samsung expanded the number of gestures you could use by giving the stylus a gyroscope and accelerometer. Instead of simply clicking once or twice to trigger actions, you can now swing the pen around to do things like switch cameras or zoom in on a scene from afar.

I really enjoyed having the S Pen as a wand-like controller for my camera, especially when my friend challenged me to a yoga pose-off where we needed to send each other pictures and videos of us beating the other at challenging poses. I was always too embarrassed to ask my friend to take a photo for me at the studio, plus I wanted to respect the privacy of my fellow yogis. I tried using my Pixel 3's timer to capture my achievements, but even with the maximum 10-second window, I couldn't get a picture of exactly when I had the right limbs up. The Note 10 came to the rescue -- I got into position in my own time and clicked the button when I was ready, and I won the challenge. Yay.

It's nice to have the S Pen in a device that fits in the snug pocket of my yoga pants, but that was a really specific instance where the Note 10 did something I couldn't do with another phone. What you might use it for more frequently is to take digital handwritten notes. You can write on the Note 10's face even when it's asleep thanks to Screen Off Memo, which was a great feature when Samsung first launched it in the Note 5 in 2015. But with the Note 10, the company made it easier to sort through and make sense of your scribbles by improving its handwriting recognition system. All your notes are now automatically converted in the background and the words are indexed so you can search for a specific thing you scrawled and find it even if you hadn't manually hit convert.

I wrote a list of things I had to do ahead of IFA 2019 on a Screen Off Memo and hit save. Later, I went into the Notes app and found the exact list by searching for "IFA." This, more than the wand-like controls, felt like magic.

But on to what makes the Note 10 different from the Plus. Other than how much easier the smaller device is to use, the main thing is that screen. Instead of the 6.8-inch quad HD+ display on the larger phone, the Note 10 has a 6.3-inch full HD+ panel. The specs nerd in me is pretty annoyed by this, but frankly I didn't notice a major difference in picture quality, unless I put the two phones side by side. I watched an episode of Shadowhunters on the Note 10 and still found the characters' tattoos clear. More importantly, colors were vibrant and the high dynamic range made landscapes look gorgeous.

Another major difference between the two sizes is the missing microSD card slot, but honestly, I don't miss it much... yet. The 256GB of storage on our review unit has been ample so far, though if you ask me again in two months after I've filled that up with apps and selfies, I might feel differently.

The Note 10 also only has 8GB of RAM compared to the Plus' 12GB. I haven't encountered a situation where I've run out of RAM yet, so it hasn't been a big issue. But the difference in performance caused by 4GB of RAM isn't something that most people will notice. The only people would complain are those who are probably going to buy the highest-specced Note 10+ anyway. 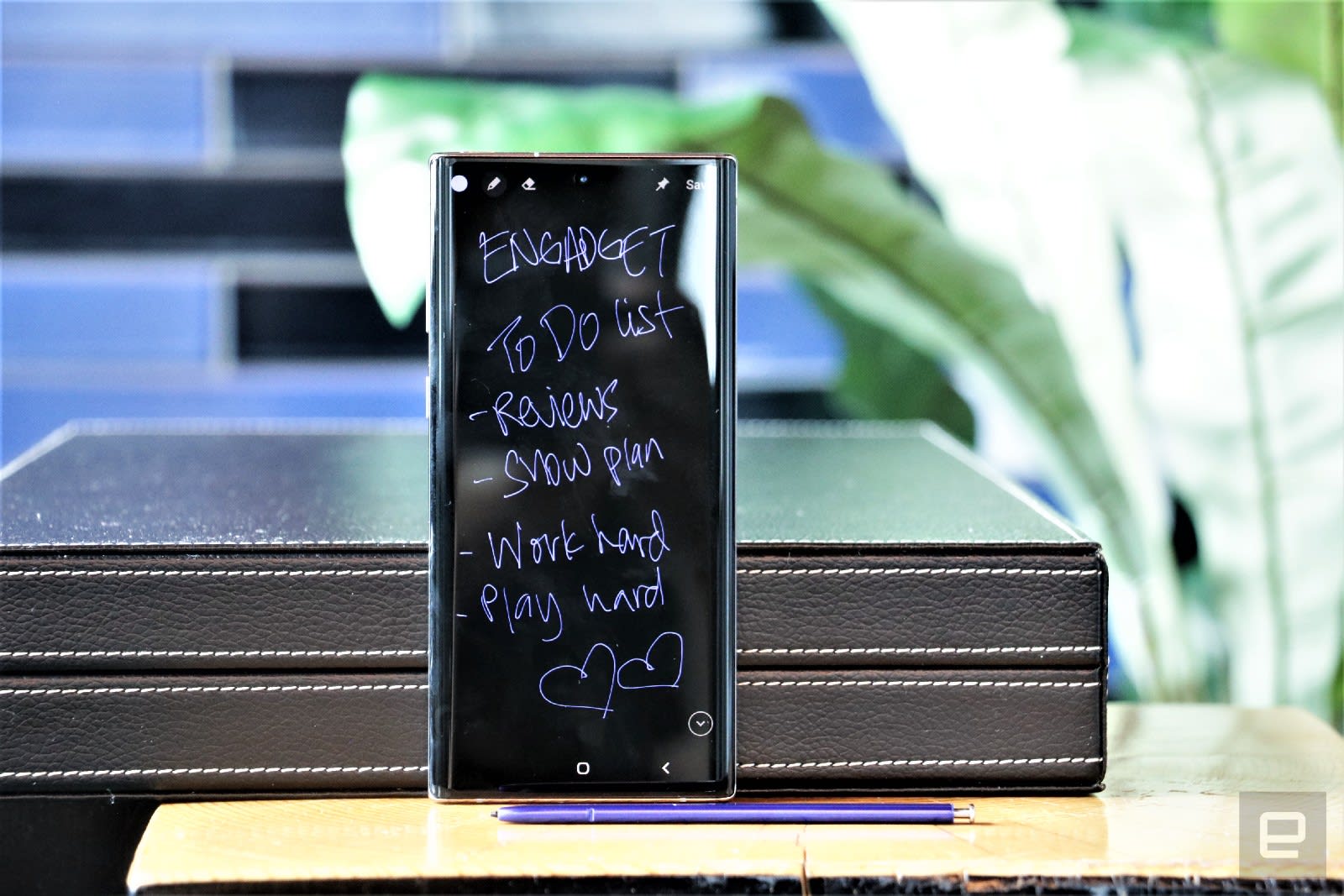 The other big thing that sets the two Note 10s apart is the battery. Predictably, a smaller phone equals a smaller battery, but in terms of actual runtime, I found no major difference between the two. I usually got about a day or slightly more out of the Note 10, which is on par with the larger handset and slightly longer than my Pixel 3. Its lower-res screen is probably helping to keep it humming along.

The only other thing you're missing on the small Note is a depth sensor on the rear. On the Plus it helps with AR effects and can make applying portrait blur to video more accurate, but the mini Note 10 does pretty well without it. As for the 3D scanning app, Velazco mentioned that the models he tried to create on the Note 10+ came out wonky, so it looks like you're not missing much here.

Aside from these differences, the Note 10 and Note 10+ are basically the same phone. They have the same Snapdragon 855 processor and the same primary cameras. If you can live with some of the tradeoffs and prefer a phone that's easier to navigate with one hand, the Note 10 might be the better option for you. Honestly, I struggle to come to terms with the exorbitant asking price for what it offers. But I wouldn't be shocked to see some tempting sales as the holiday season approaches -- T-Mobile is already offering a buy-one-get-one on the Note 10.

The big takeaway? If you can wait awhile for prices to drop, the smaller Note 10 is the best Note for most people. Power users who need a big, high-res screen, a microSD card slot and tons of RAM are probably going to buy the Note 10+ no matter what it costs. The rest of us who are somewhat intrigued by the S Pen but were previously deterred by the huge handset can now consider the Note 10.