This is the new Steam Library

Take a good look around, folks. This will be the home of your PC video game collection for the next decade or so, if history is anything to go by. The new Steam Library, complete with a fresh hub for events and a redesigned Categories section, will launch in public beta on September 17th. And, it's bringing a few other goodies along for the ride. 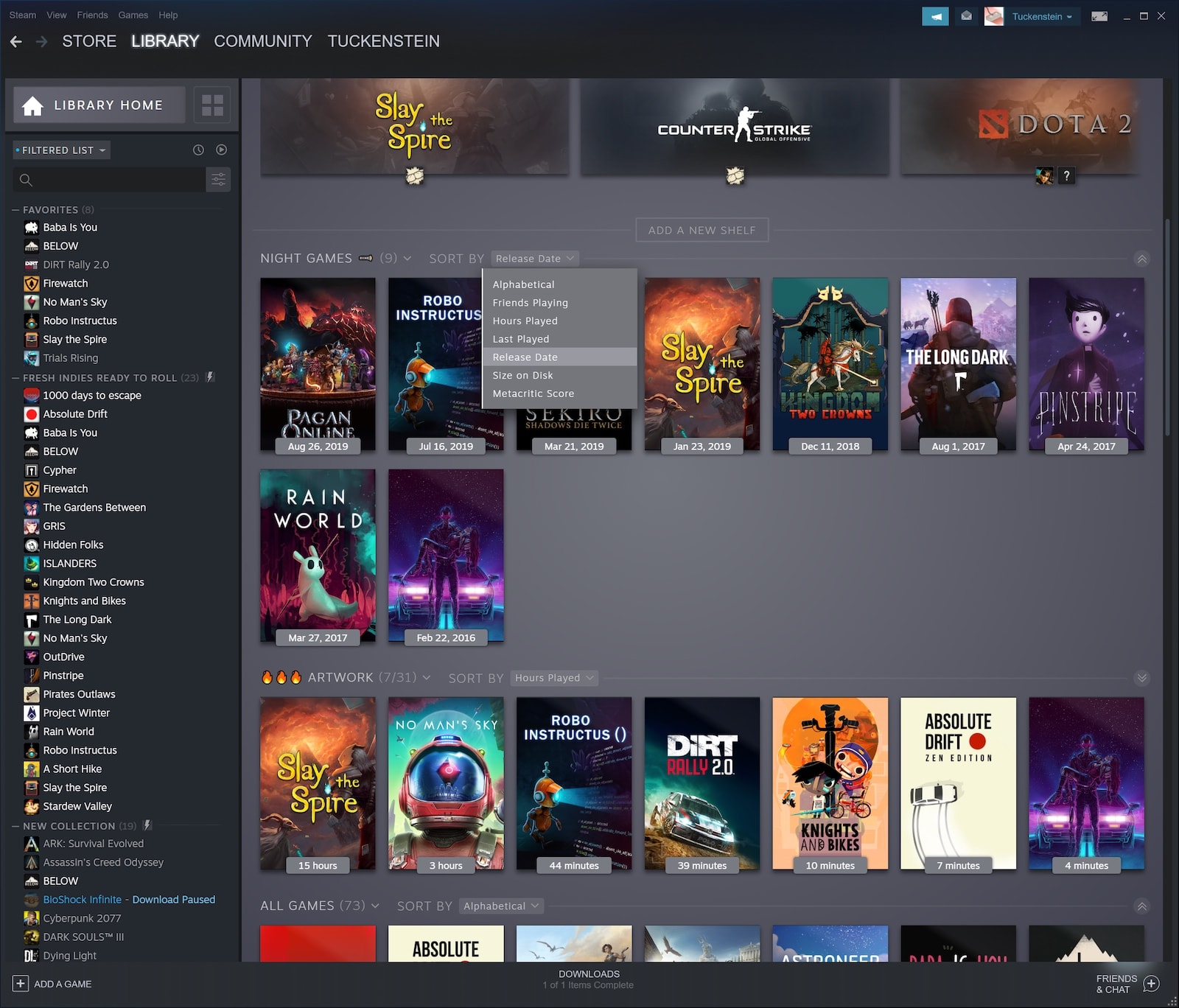 The new Library features carousels of games divided into sections. At the top under the What's New row, the Steam algorithm will populate games you own that are in the midst of live events, tournaments and fresh announcements. Recent Games shows thumbnails of titles you've been playing, while Recent Friend Activity lets you spy on your buddies' gaming selections. 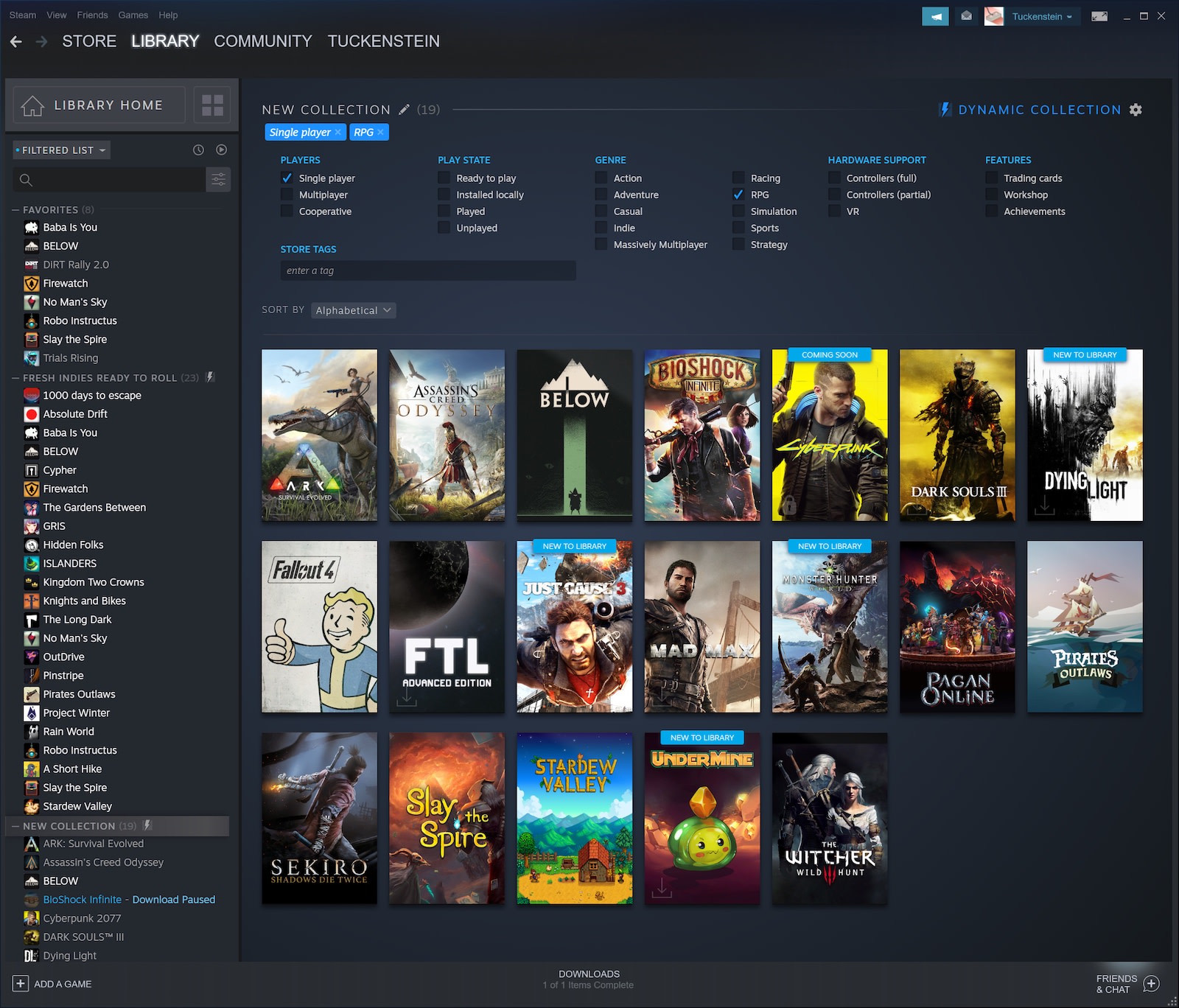 Which brings us to Collections. This section was formerly known as Categories, and the new system expands on this base idea, giving players more control over their digital organization goals. In advanced search, users are able to select specific criteria, such as only RPGs with controller support, and if they like the results, they can turn them into a Collection with those specific parameters. Any games added after the fact will be sorted into existing Collections, if they fit the tags.

Or, add games to a Collection manually by dragging and dropping titles from the left-hand side of the Library. The entire UI has been updated with new animations, and there's a fresh post-game summary page that pops up once you exit a title, showcasing screenshots and achievements. Think of it like a pat on the back for a game well played. 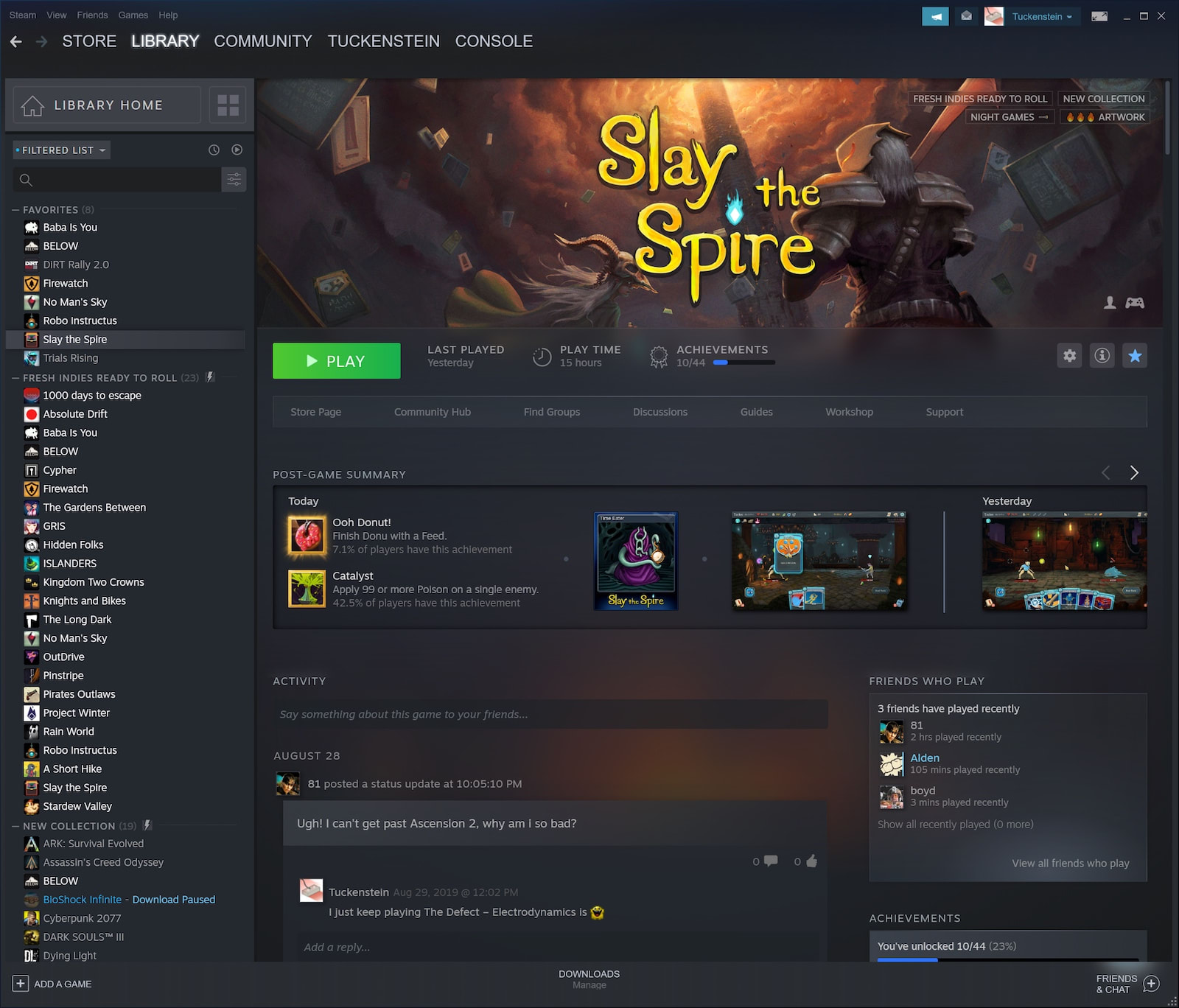 The Steam Library redesign favors live games, or at least those with chatty, engaged developers.

The new Events toolset allows game creators to publish robust announcements about tournaments, updates, live streams, AMAs, free or double XP weekends, DLC drops, discounts and basically anything else they want. These updates will help drive games into players' What's New row, providing details about the live event or announcement without kicking players out of their Library. 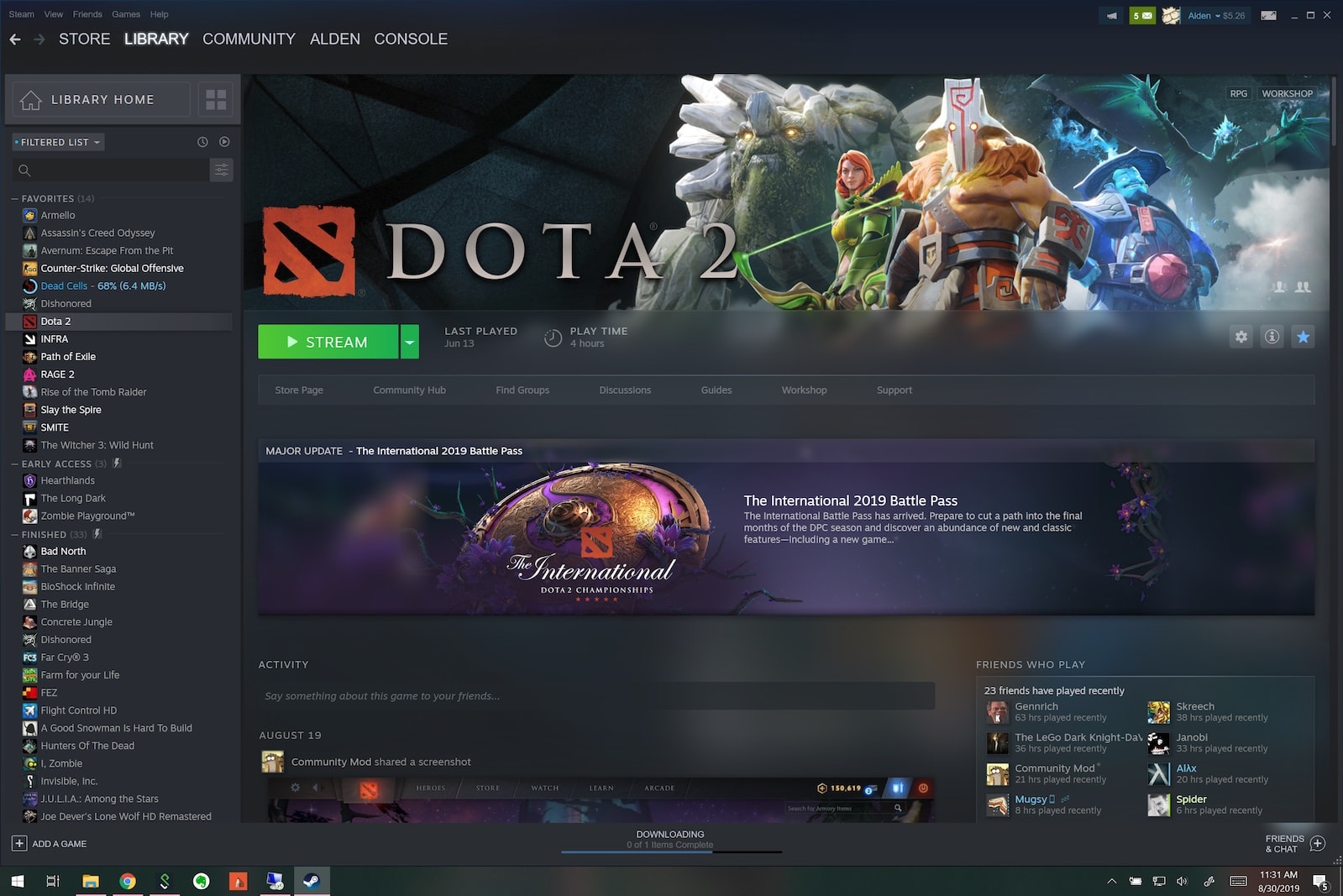 "Some games that are updating a bunch have more reasons to talk to their audience, just by the fact that they're generating new content, they're adding new value to the game," UI designer Alden Kroll told Engadget. "That means, for some games, that's maybe not the thing they will use to communicate with players. But they might have other reasons to communicate to their players, like they might organize a community challenge or they might just have some interesting news on the next game they're making, or DLC they're releasing, things like that. It's designed really to help communicate to players when there's a reason to get excited about that game. That's going to vary a lot from game to game."

The new Events tools are live for developers today, and they'll hit the redesigned Library when that launches on the 17th. 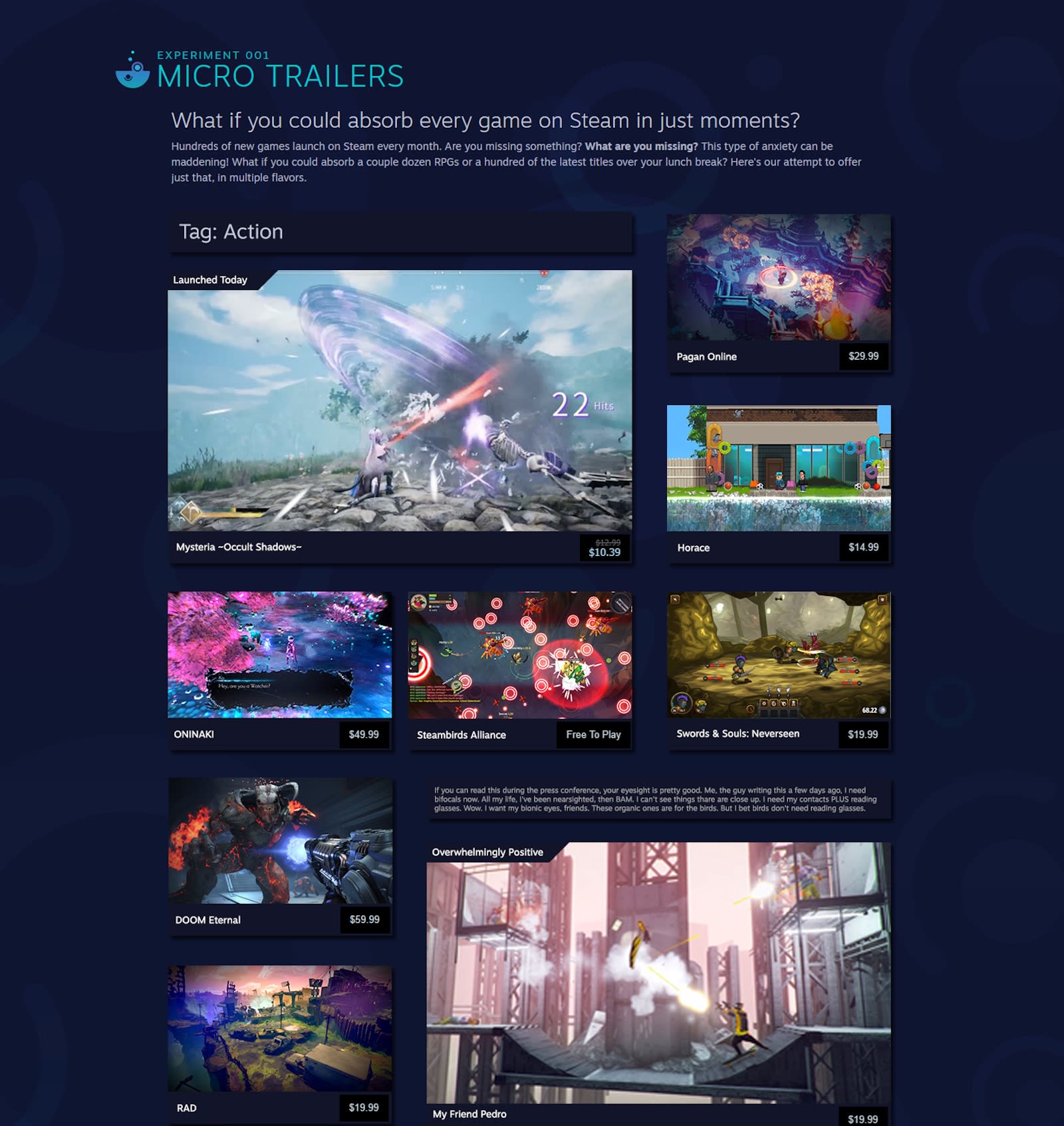 Before the full Library launch, Valve is rolling out three experimental tools from its Steam Labs incubator, starting with Micro Trailers. This idea comes from Dejobaan Games founder Ichiro Lambe, who, a few years back, started scraping trailers from the Steam database to create six-second reels showing off individual games. In 2015, he launched a website, WhatsOnSteam.com, and it was followed by a Twitter bot, @MicroTrailers, in 2016. So far, he's created six-second trailers for a few hundred games across 15 categories. That is, until this week.

Micro Trailers are rolling out Steam-wide on September 5th. That means every game on Steam will have a Micro Trailer, categorized into nearly 400 tags. Set your search parameters and dive into a river of new experiences presented in contained, six-second bursts.

Or, watch one video that shows a bunch of trending Micro Trailers back to back to back. This is called Automatic Show, and it's the second Steam Labs project going live this week. Automatic Show compiles the Micro Trailers for trending or noteworthy titles and puts them all in a single video, with names like "Top New Releases June 2019" or "Trending 21 Virtual Reality." Though they're composed of short teasers, Automatic Show videos are long, with many clocking in around 30 minutes. 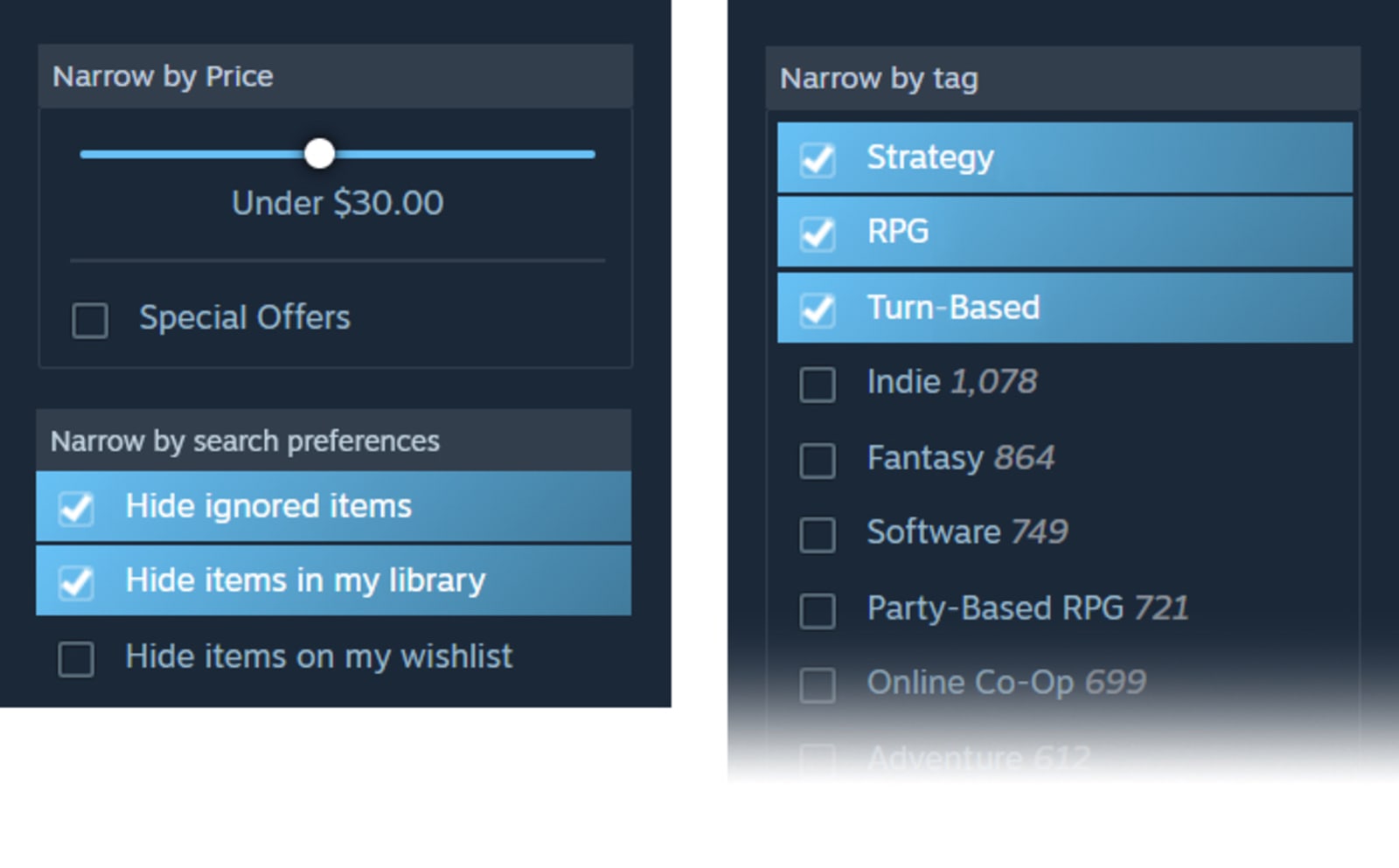 Valve is also launching a new Steam Labs experiment on September 5th -- Search. If users opt-in to be a game-buying guinea pig, they'll be able to narrow Store results by price or discounts, filter out titles they don't want to see, and enjoy a richer, algorithmically controlled tagging system. Best of all, the experimental results page has infinite scroll (and this feature has been added to DLC, Curator and Franchise views on Steam, outside of the Lab).

Lastly, a new experiment is on its way to Steam Labs, this one from Level Up Labs co-founder Lars Doucet. He's working on Deep Dive, a fresh interface for discovering games based on their similarity to titles players already enjoy. The Deep Dive Steam Labs experiment isn't live yet, but it's coming soon. 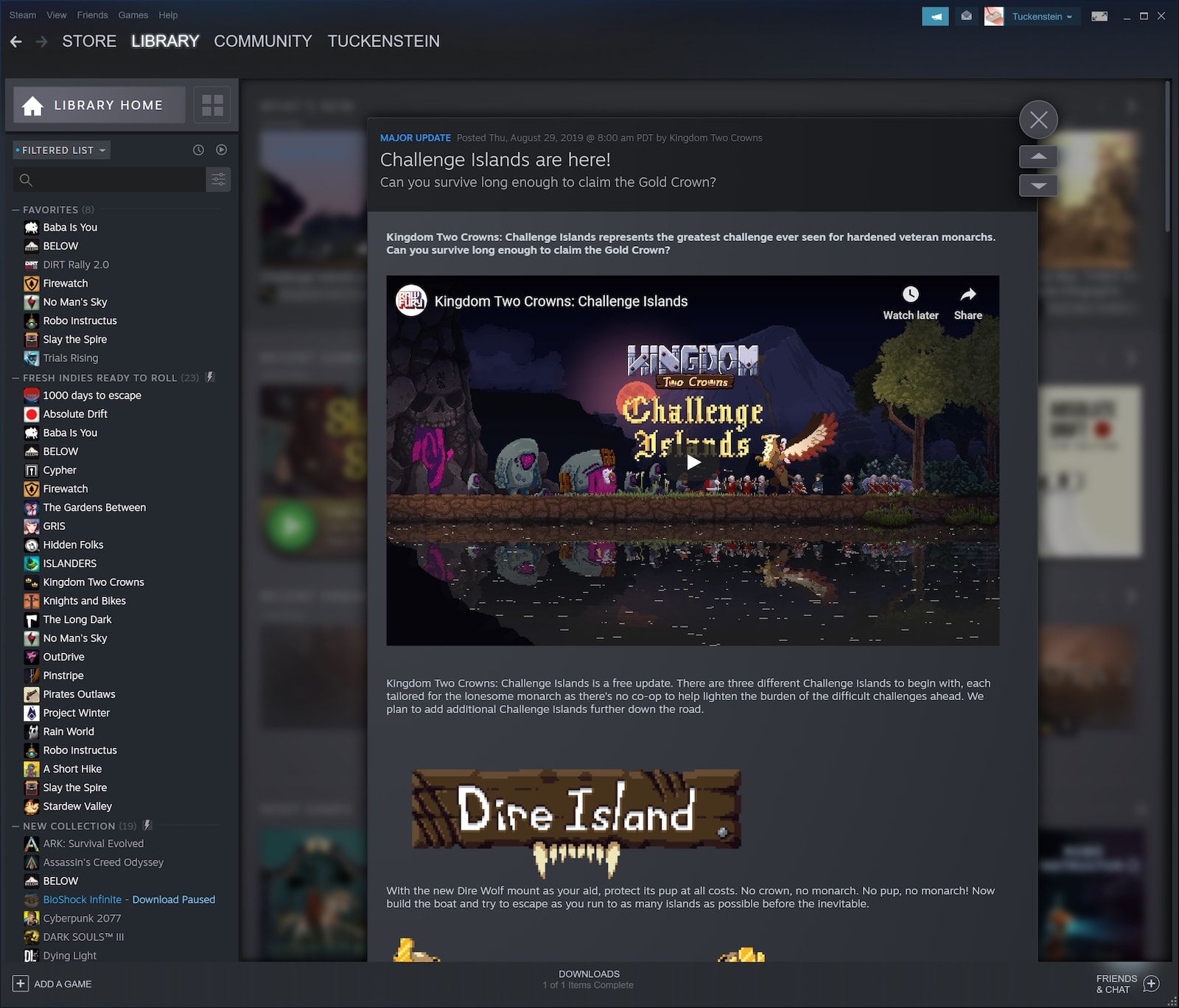 It's a good time for Steam to refresh. After more than 10 years with an essential monopoly over the PC gaming market, Steam has competition. The Epic Games Store launched in late 2018 and uprooted some of Steam's longstanding practices, including the company's 70/30 revenue-share model. Epic offers 88 percent of a game's sales to developers and keeps 12 percent for itself, easily surpassing Steam's split. This has led a handful of developers to sign timed exclusivity deals with Epic, leaving their games off of Steam until months or years after launch.

Epic has received criticism for its aggressive pursuit of exclusives, as have some developers who choose to sign with the Store. However, that hasn't stopped Epic from gobbling up new games.

Still, Steam isn't going extinct. One of the reasons Valve's store needs a facelift is because its users have so many games, they require deeper organization tools than ever before. Tim Sweeney, the CEO and founder of Epic Games, gave Valve an ultimatum in April, saying he would stop pursuing exclusives if Steam offered developers an 88 percent cut of their game sales. Valve didn't respond with a new business model -- instead, it broadened Steam's content parameters, announced a new look for the Library and rolled out developer-made features.

Even with the existence of the Epic Games Store, it's business as usual for Steam.

All products recommended by Engadget are selected by our editorial team, independent of our parent company. Some of our stories include affiliate links. If you buy something through one of these links, we may earn an affiliate commission. All prices are correct at the time of publishing.
This is the new Steam Library
art
av
design
gaming
personal computing
personalcomputing
steam
steam library
ui
update
valve
video games