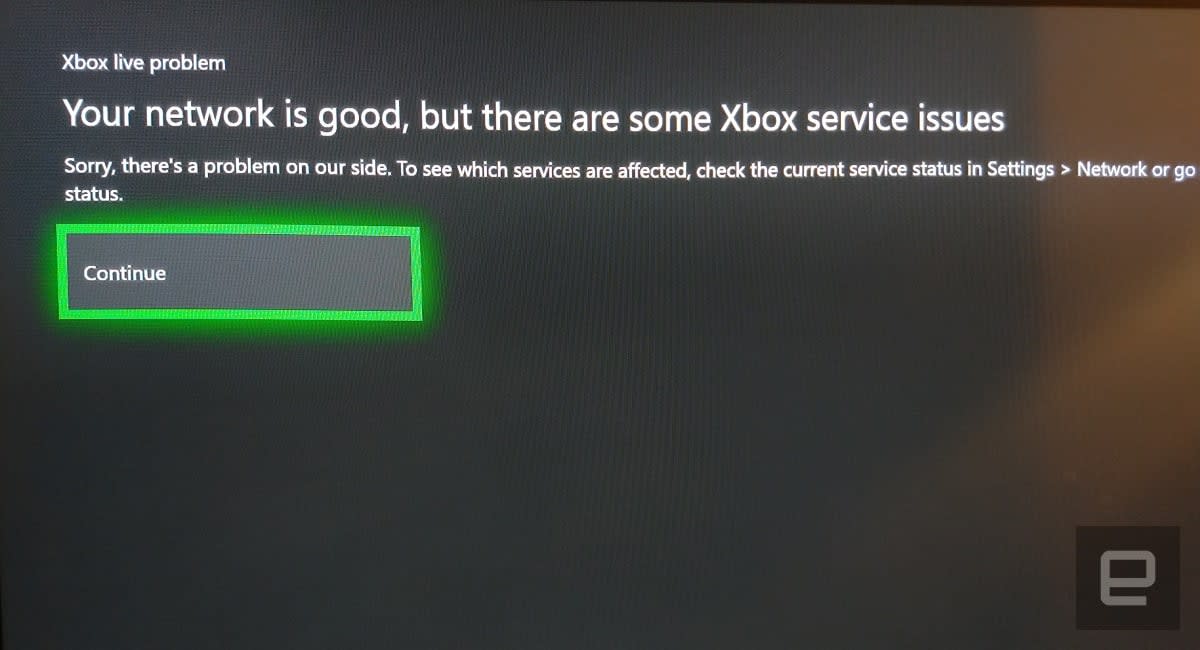 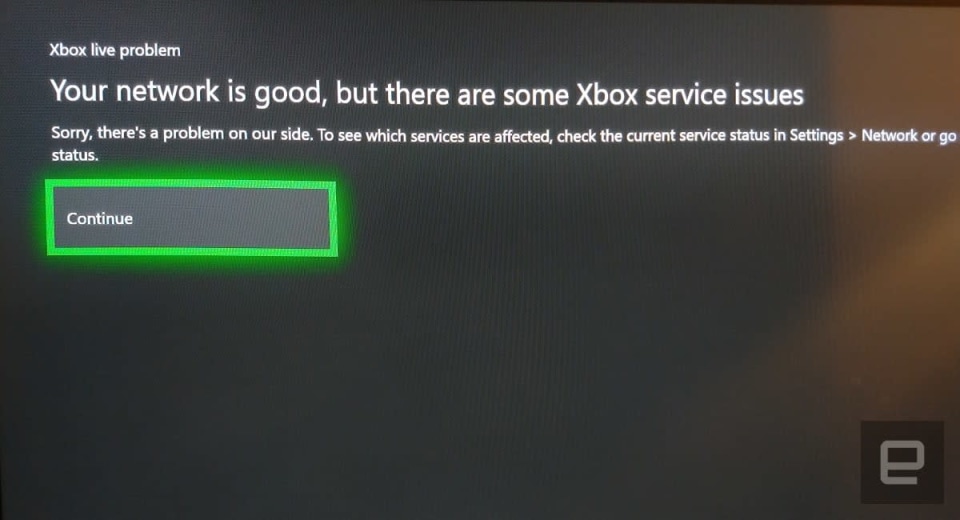 A month after another extended outage impeded Xbox gamers from playing for hours -- and with a number of smaller issues in between -- Microsoft's network is down once again. Right now, many people can't sign in or do much other than maybe watch Netflix on their Xbox Ones, after hours of problems and more than an hour and a half after its support account said the team was aware of problems. As usual, the Xbox Live status page is the best place to look for updated information, and it shows the issue running since around 8 PM ET.

We've heard that gamers who bought Gears 5 Ultimate to jump in early have been able to play through the campaign by taking their boxes offline, so if you enjoy single player gaming you may be in luck. For everyone else hoping to take their NBA 2K20 MyPlayer online or get in some multiplayer action, maybe it's time to read a book, or take a walk. Whatever it is that other people do might help, if you don't have a PS4, PC or Switch to keep your attention. One thing's for sure -- a string of service outages isn't the best way to convince people that cloud-streamed gaming is a good bet for the future.

Update: As of about 12:30 AM ET @XboxSupport reported sign-ins were restored, let us know if everything is working out for you now.

Our teams are aware & currently investigating errors when attempting to sign in. We'll update here & on our status page: https://t.co/PzAdjUFMJj when we have more info to share.

Good news, things are looking improved with sign-in and other Xbox Live services! Thanks to everyone who reported this to us. As always, we're here & listening.

In this article: down, gaming, Gears 5, microsoft, NBA 2K20, outage, services, Xbox Live, Xbox One
All products recommended by Engadget are selected by our editorial team, independent of our parent company. Some of our stories include affiliate links. If you buy something through one of these links, we may earn an affiliate commission.