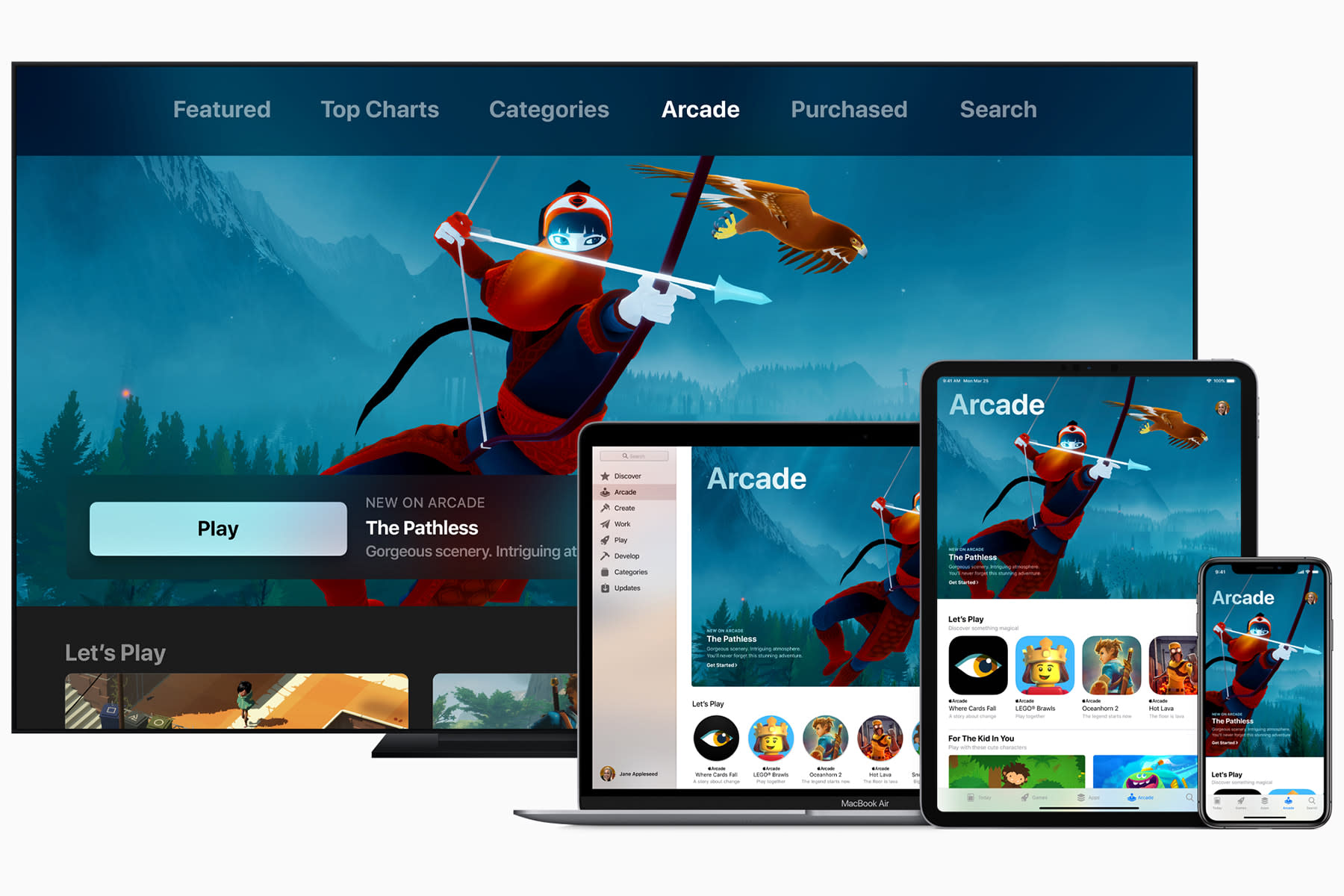 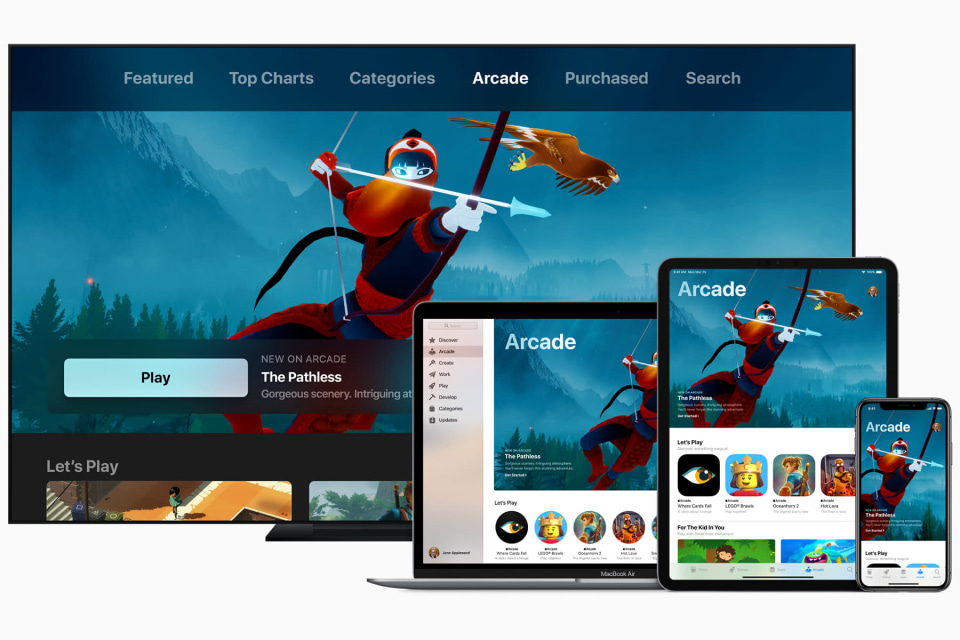 Apple is almost ready to launch its video game subscription service. Today, the company announced that Apple Arcade, its long-awaited "Netflix for games," will arrive on September 19th and cost $4.99 per month. It will offer a library of over 100 games -- some of which will be exclusive to the platform -- that you can play across iPhone, iPad, Mac and Apple TV. And if you're still on the fence, there will be a one-month free trial at launch.

During a "Special Event" in the Steve Jobs Theater, the company gave a few more details about how the service will work. A spokesperson confirmed that Apple Arcade will have its own icon and tab in the App Store, for instance, packed with curated picks, game guides and sneak-peek trailers.

Two new titles were announced for the platform today -- a reimagined Frogger, developed by Konami, and Shinsekai: Into the Depths, an underwater adventure by Capcom. The pair join a huge lineup of games that have already been confirmed for Apple Arcade. These include Repair (by Monument Valley team UsTwo Games), Where Cards Fall (by The Game Band and Snowman, the studio behind Alto's Adventure), The Pathless (by Abzû developer Giant Squid), Sayonara Wild Hearts (by Annapurna Interactive and Simogo, the team behind Year Walk), Fantasian, (by Mistwalker, the crew founded by Final Fantasy creator Hironobu Sakaguchi), Sonic Racing (by Sega's Hardlight group) and Little Orpheus (by The Chinese Room, which also made Everybody's Gone to the Rapture).

Apple Arcade's mobile focus is unique. But the service comes at a time when every publisher and console manufacturer is launching a subscription service. There's PlayStation Now and PlayStation Plus, Xbox Live Gold and Xbox Game Pass, EA Access, Ubisoft's Uplay+, Discord Nitro and Nintendo Switch Online. Google, meanwhile, is preparing to launch Stadia, a streaming service that includes a Pro tier for $9.99 per month. The company is also testing a Play Pass for Android that bundles apps and games. The question, as always, is how many are you prepared to pay for?

In this article: apple, apple arcade, games, gaming, gear, indie games, iphone2019, services, thebuyersguide
All products recommended by Engadget are selected by our editorial team, independent of our parent company. Some of our stories include affiliate links. If you buy something through one of these links, we may earn an affiliate commission.