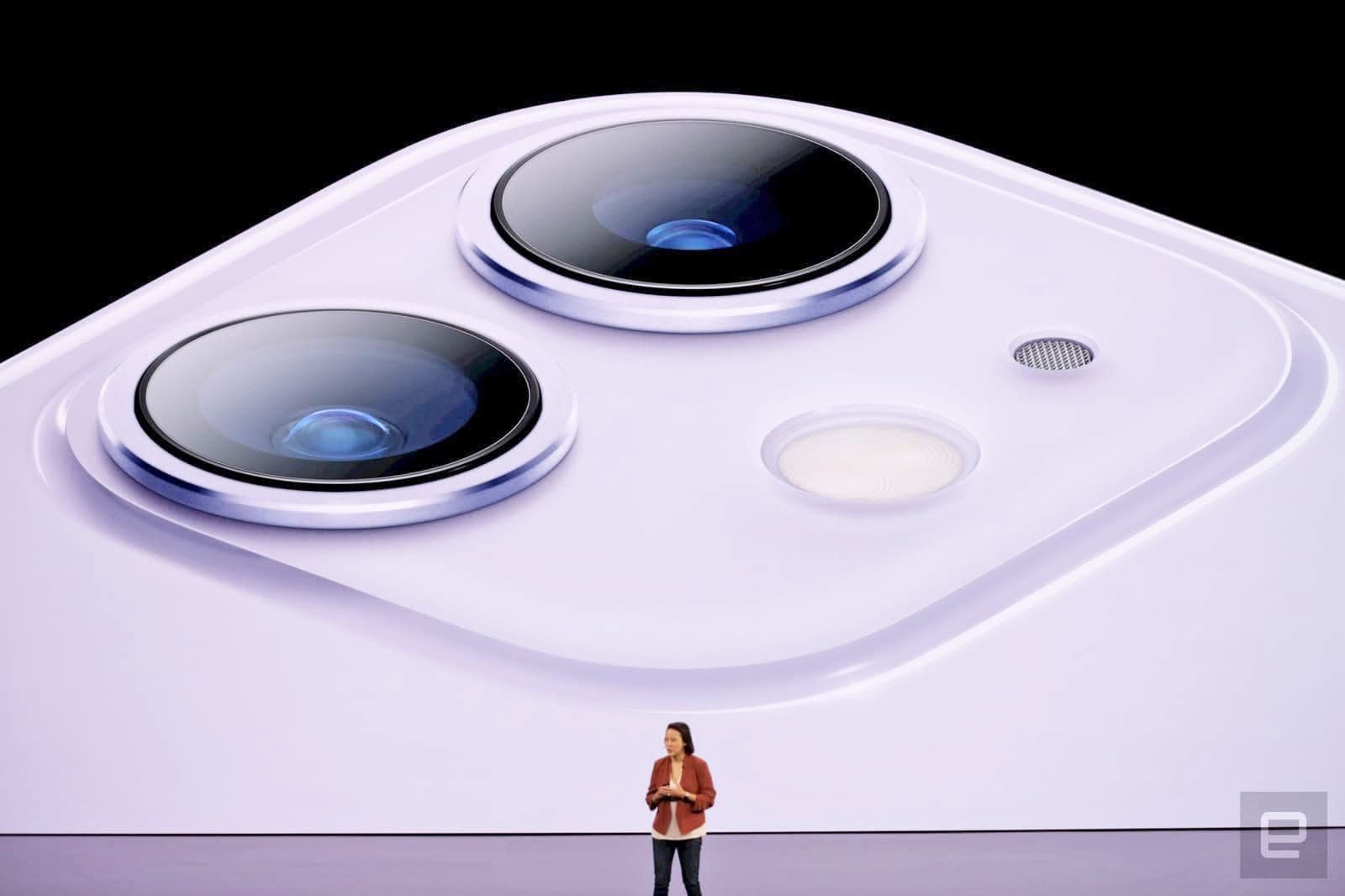 Apple's iPhone 11 features a dual-camera system with 12MP wide and ultra-wide lenses. The 26 mm wide camera has an f/1.8 aperture and includes a six-element lens and optical image stabilization. The 13 mm ultra-wide, five-element lens features an f/2.4 aperture and a 120-degree field of view. Apple claims that together, they'll be useful for a wide range of use cases, from tight spaces to broad sweeping landscapes

As for the camera setup's features, Night Mode will switch on automatically when it's dark enough. The iPhone 11 also has a new portrait effect called High Key Mono. On the video side, you can capture clips faster with a feature called QuickTake -- when you hold down the shutter button, iPhone 11 will start recording a clip. You won't need to swipe from the photo mode to video. Until now, holding down the button prompted the camera to capture a burst of images.

The front-facing camera is also 12MP, and it has a wider lens than previous versions. For the first time, you can use an iPhone's selfie camera to capture 4K footage and slow-motion videos at 120 frames per second. Alongside all this, there's a redesigned camera interface in iOS 13.

The iPhone 11 Pro and Pro Max have the same cameras along with a third, 12MP telephoto lens on the rear. That has an f/2.0 aperture and 52mm focal length. The triple camera setup will enable an additional feature called Deep Fusion, which is a foray into AI-powered photography.

In this article: apple, apple event, appleevent, cameras, gadgetry, gadgets, gear, iphone 11, iphone11, iphone2019
All products recommended by Engadget are selected by our editorial team, independent of our parent company. Some of our stories include affiliate links. If you buy something through one of these links, we may earn an affiliate commission.