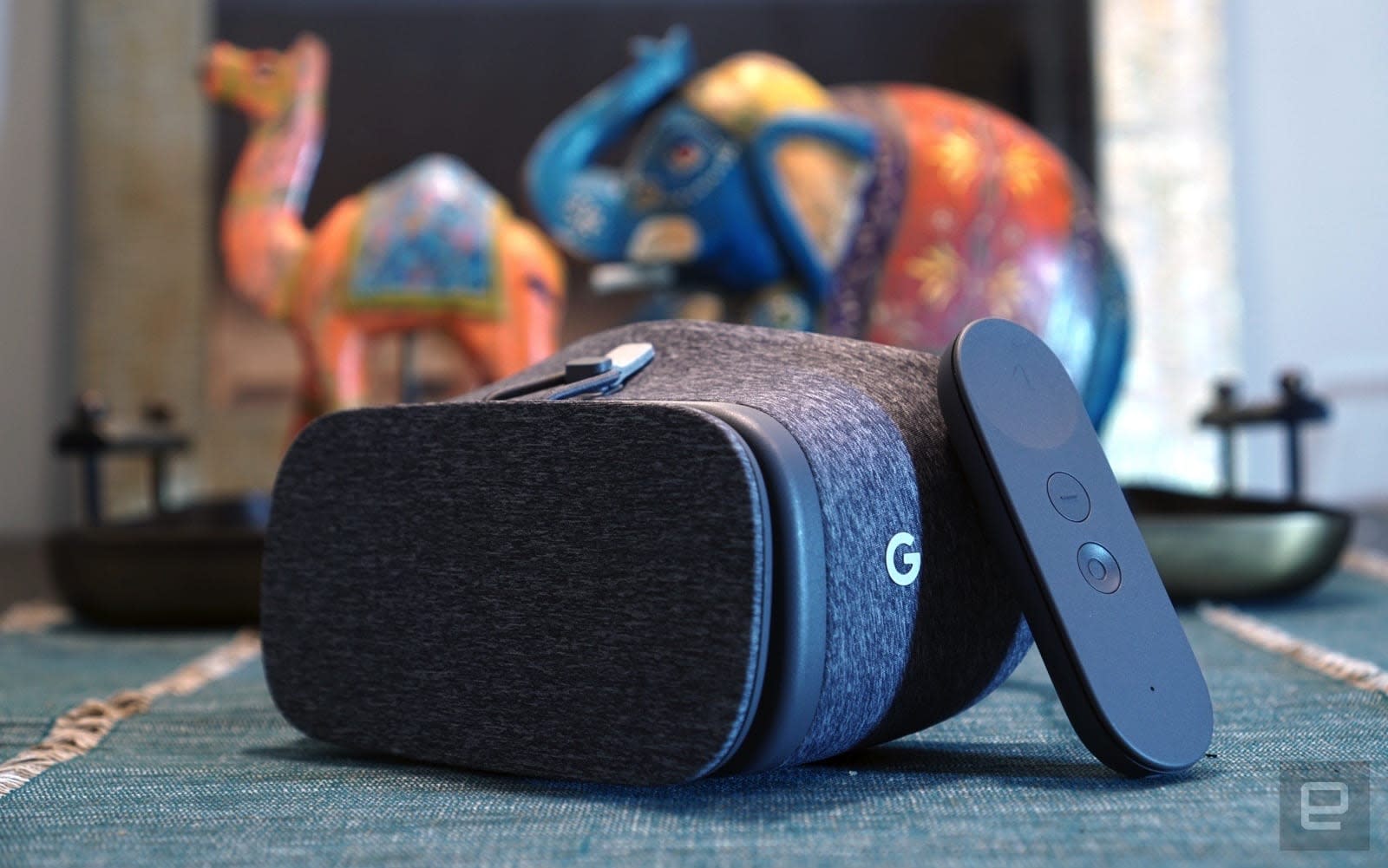 If you were a fan of watching Hulu videos on Google's Daydream View VR headset, we have some bad news. Hulu has dropped support for Google Daydream. According to the company, the latest versions of its Android app (versions 3.55 or newer) no longer support the VR platform.

Variety reported the change and notes that Hulu was one of the original Daydream launch partners. Users could watch Hulu's entire catalogue, as well as a selection of 360-degree content. But it's not entirely surprising that Hulu dropped Daydream support. As Variety points out, HBO has removed its HBO Now and HBO Go VR apps from Google Daydream, and even Google discontinued Google Play Movies & TV for the platform.

Daydream launched in 2016, but it failed to catch on. With these partners dropping support and no new partners to speak of, the VR platform's future is uncertain. Google has been moving away from VR, shifting instead to augmented reality. It recently shuttered its Spotlight Stories VR studio and its Jump VR platform. As a silver lining, Hulu's VR app is still available on other VR headsets, including PlayStation VR, Oculus Go, Samsung Gear VR and Oculus Rift.

In this article: android, app, av, business, daydream view, drop, gadgetry, gadgets, gear, google, headset, hulu, platform, support, virtual reality, vr, VR headset
All products recommended by Engadget are selected by our editorial team, independent of our parent company. Some of our stories include affiliate links. If you buy something through one of these links, we may earn an affiliate commission.