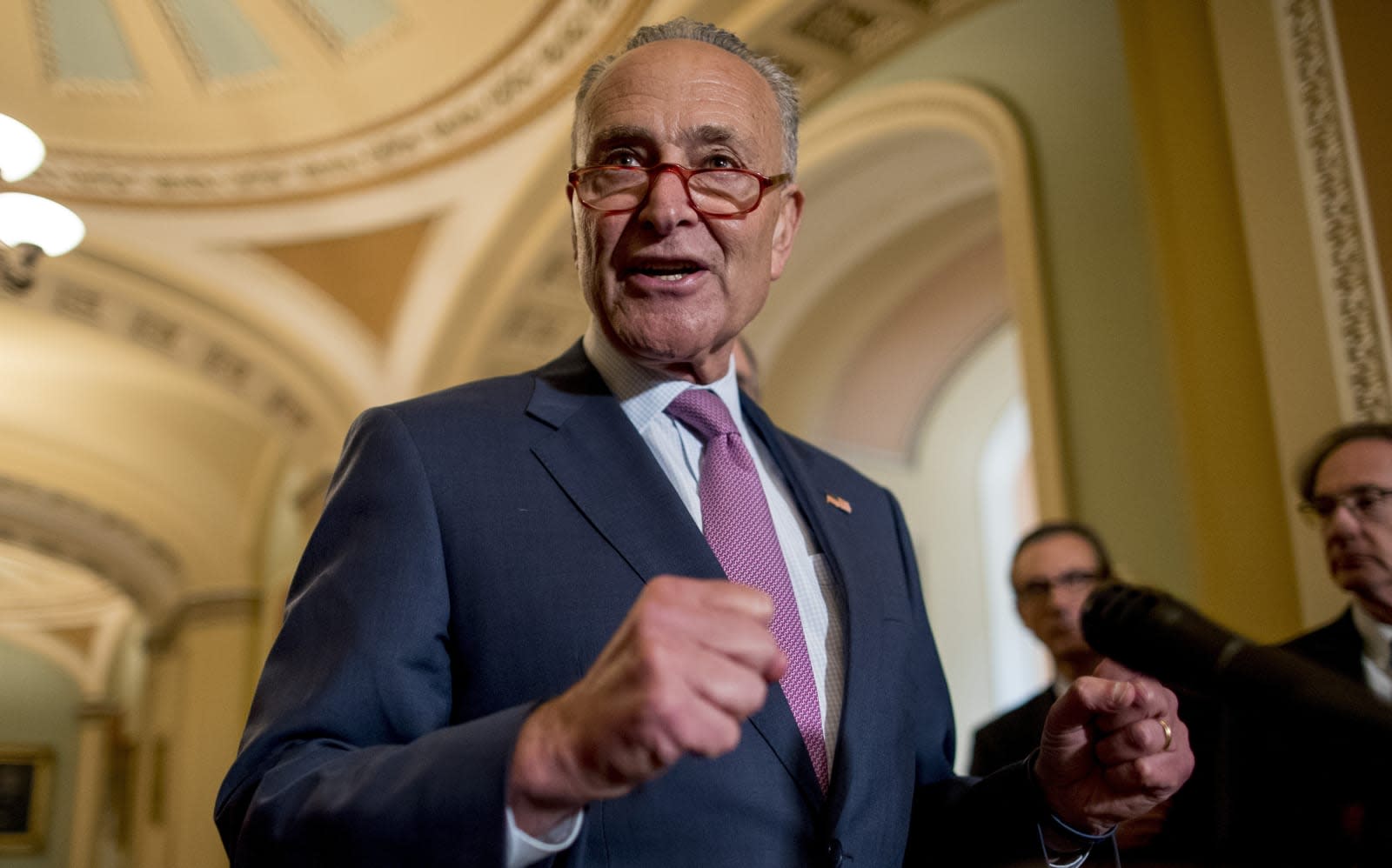 Two US Senators want the Federal Communications Commission (FCC) to review whether two Chinese state-owned telecoms should be permitted to operate in the US. In a letter to the FCC, Democratic leader Senator Chuck Schumer (D-New York) and Senator Tom Cotton (R-Arkansas) ask the Commission to review licenses that give China Telecom and China Unicom the right to use networks in the US. According to The New York Times, the Senators are concerned that the companies may use that access to carry out espionage.

In May, the FCC rejected China Mobile's application to become a telecom provider in the US, citing "substantial and serious" law enforcement and security risks. In their letter, the Senators reportedly warn that China Telecom and China Unicom could pose similar threats and could reroute communications traveling on their networks through China. When the FCC denied China Mobile's application, it said it was reviewing existing approvals. In a statement provided to Reuters, FCC spokesperson said Chairman Ajit Pai "has made it clear that the Commission is reviewing other Chinese communications companies such as China Telecom and China Unicom."

While the FCC may already be investigating the two telecoms, the letter shows that Congress is willing to apply pressure to Chinese technology firms, even as the Trump administration lifts some restrictions on companies like Huawei.

In this article: China Telecom, china unicom, chuck schumer, espionage, fcc, federal communications commission, gear, letter, national security, politics, security, senators, spying, tom cotton
All products recommended by Engadget are selected by our editorial team, independent of our parent company. Some of our stories include affiliate links. If you buy something through one of these links, we may earn an affiliate commission.