Oppo's next phone can be fully charged in just 30 minutes

While a handful of recent flagship phones -- namely Samsung's Note 10+ (with the optional 45W adapter) and Vivo's NEX 3 5G -- can be fully charged in a little over an hour, Oppo's upcoming tech will soon render such "fast" charging speeds obsolete. We're talking about juicing up a 4,000mAh battery in just 30 minutes! That's the claim for Oppo's 65W SuperVOOC 2.0 feature, which will debut on the gaming-centric Reno Ace due October 10th, according to the company's Shenzhen event yesterday.

After a lot of anticipation about 65W SuperVOOC, let me show you how fast it really is! 😎 pic.twitter.com/p1UHi18v6Q

The original SuperVOOC tech already offered a whopping 50W of power, and in the case of the Automobili Lamborghini edition Find X, its smaller 3,400mAh battery only needed 35 minutes to fill up. With version 2.0, Oppo leveraged gallium nitride (GaN) semiconductors to further improve efficiency while also reducing the size of the adapter. The company added that there are extra safety measures to keep that 65W power at bay.

The SuperVOOC 2.0 will likely remain exclusive to flagship phones for a while, but for the masses, there's also the new 30W VOOC 4.0, which Oppo calls "the next generation Flash Charge solution for all." With the same 4,000mAh battery, VOOC 4.0 can reach a 67-percent charge in 30 minutes, and a full charge in 73 minutes. This will show up on the Oppo K5 in October, and likely the Realme X2 which will also feature a 64-megapixel camera later this month. 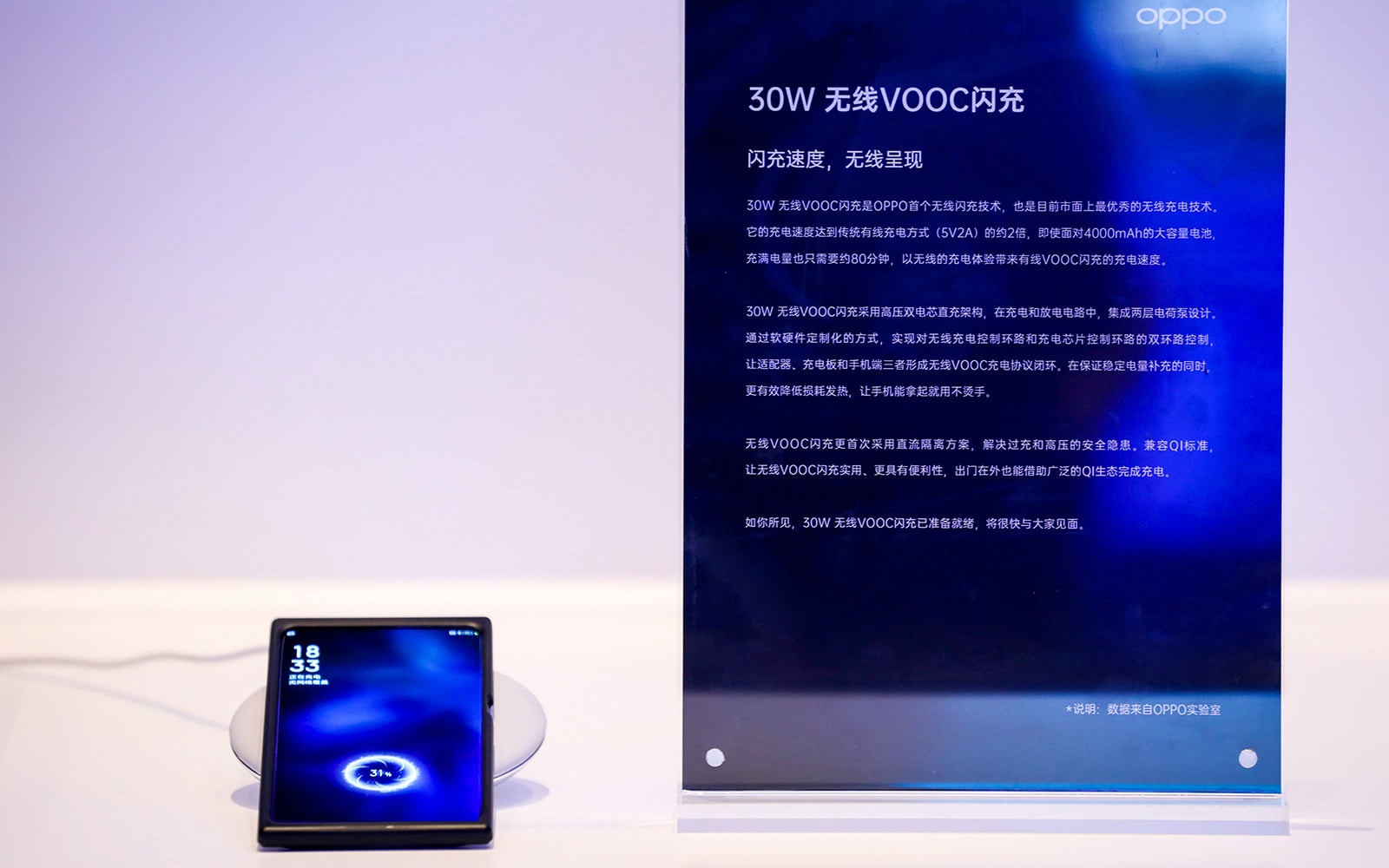 The biggest surprise from Oppo's event was the 30W Wireless VOOC tech, because until now, Oppo had only been pushing its wired flash charge feature which easily beat existing wireless counterparts. But following Xiaomi's unveiling of its 30W "Mi Charge Turbo" wireless charging solution for its upcoming Mi 9 Pro 5G, Oppo finally decided that the time is right.

Again, using a 4,000mAh phone as an example, Wireless VOOC will charge it up in just 80 minutes. Better yet, the charger will also handle Qi-certified phones at either 5W or 10W, and it'll be able to safely disconnect when it detects foreign metal objects on the pad. 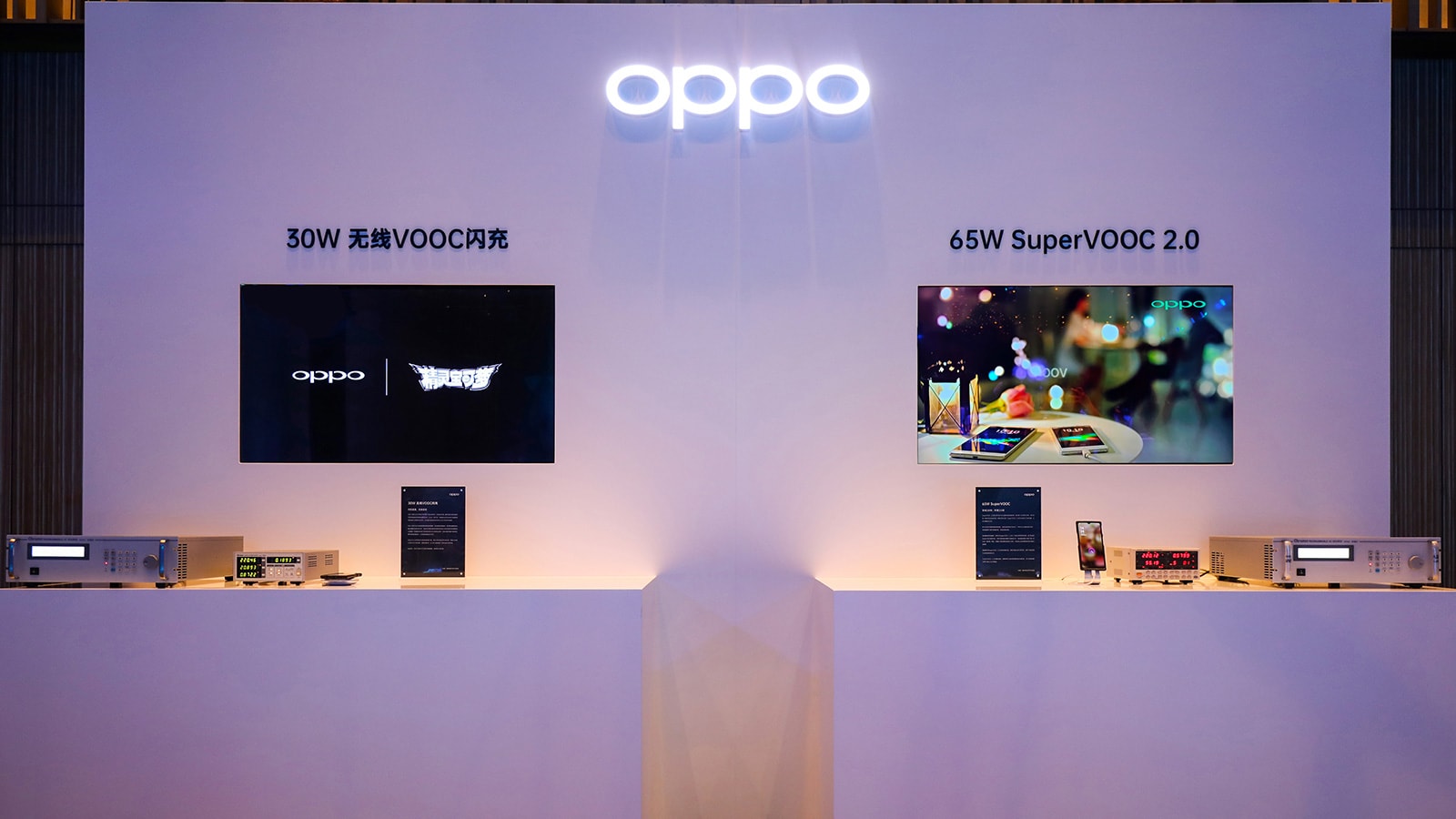 Oppo's latest batch of dual-cell flash charge solutions will no doubt set a new benchmark for the mobile industry, so you can expect more flagship phones to offer half-hour charging speeds next year. That said, companies like ASUS have expressed concerns over how high-power flash charging makes batteries age faster, so it'll be interesting to see how Oppo addresses this potential issue.

It's unclear whether the Reno Ace will be hitting Western markets, but if all goes well, here's hoping that OnePlus will be able to bring Oppo's SuperVOOC 2.0 (or whatever it'll be rebranded as) to the rest of us outside of Asia.