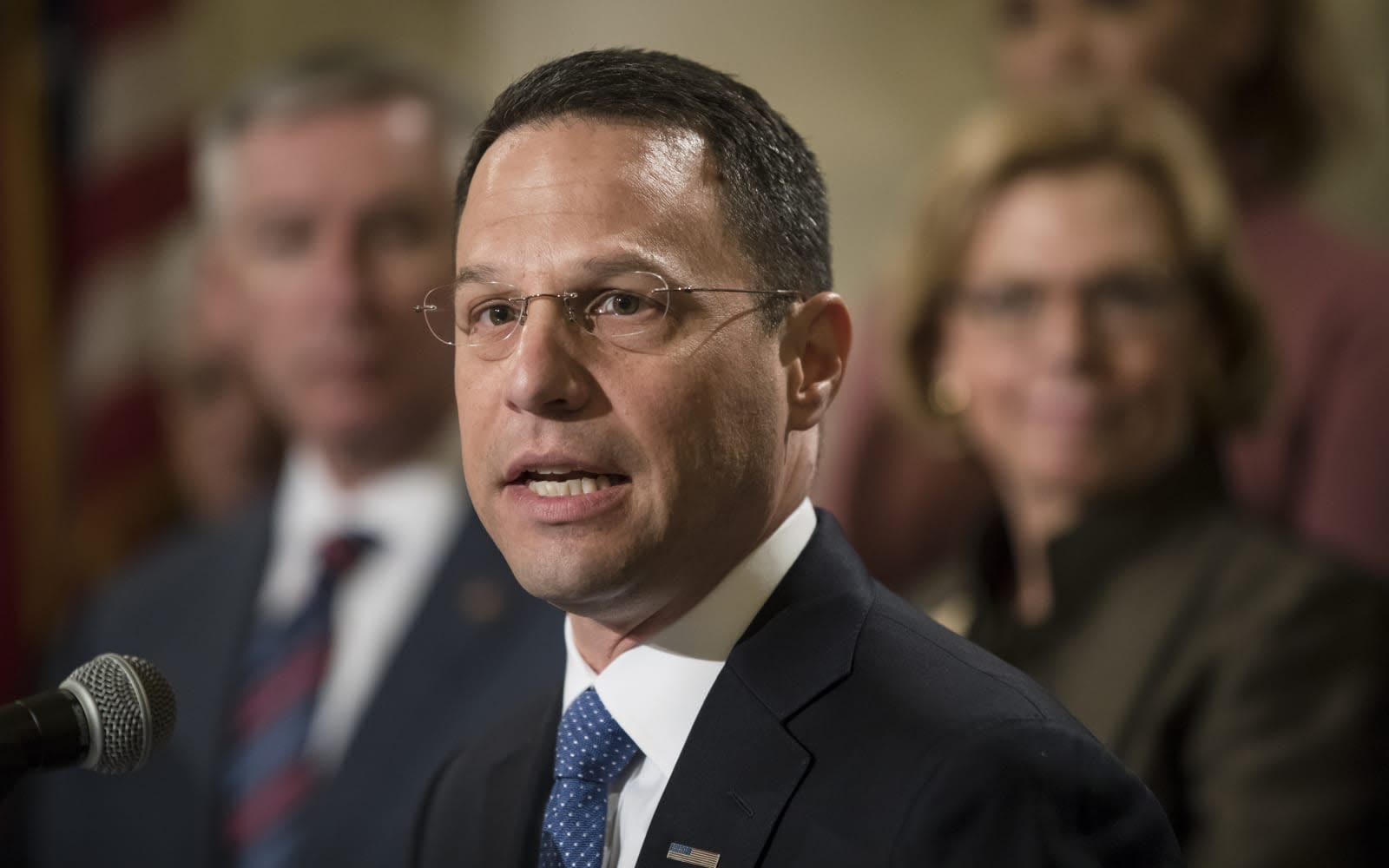 Pennsylvania Attorney General Josh Shapiro is the latest state attorney general to oppose T-Mobile's Sprint merger. Today, Shapiro announced that he'll join a lawsuit to block the "megamerger" of the telecom giants, making him the 18th attorney general to challenge the deal.

In July, the Department of Justice approved T-Mobile's $26.5 billion bid to merge with Sprint -- on the condition that it sell some of its business to Dish Network. And Federal Communications Commission Chairman Ajit Pai endorsed the deal. But opposition from so many attorneys general could pose a legitimate threat.

The state attorneys general fear the merger would hurt competition, raise prices for cell service, result in a loss of retail jobs and lower wages for the employees who remain. "The merger between T-Mobile and Sprint would severely undermine competition in the telecommunications sector, which would hurt Pennsylvanian consumers by driving up prices, limiting coverage, and diminishing quality," Shapiro said in a statement.

Aside from Pennsylvania, the other states looking to block the merger include New York, California, Texas, Colorado, Connecticut, Hawaii, Illinois, Maryland, Massachusetts, Michigan, Minnesota, Mississippi, Nevada, Oregon, Virginia, Wisconsin and the District of Columbia. Sprint declined to comment, and T-Mobile did not immediately respond to Engadget's request for comment.

In this article: AG, anticompetitive, attorney general, attorneys general, business, deal, gear, josh shapiro, lawsuit, merger, mobile, oppose, opposition, pennsylvania, politics, sprint, t-mobile, tmobile
All products recommended by Engadget are selected by our editorial team, independent of our parent company. Some of our stories include affiliate links. If you buy something through one of these links, we may earn an affiliate commission.