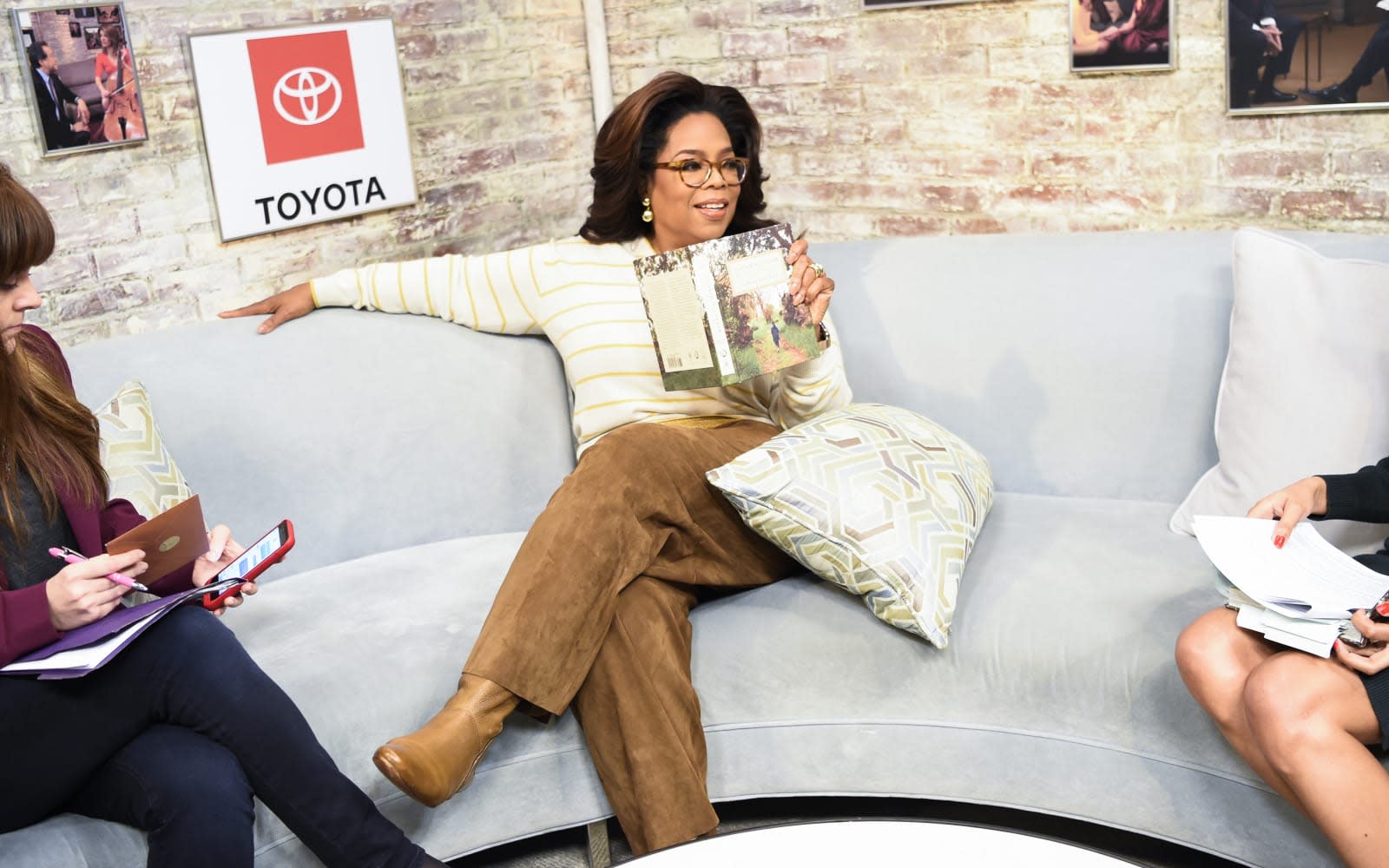 Oprah Winfrey is one of the A-list celebrities Apple has enlisted for Apple TV+. Winfrey has already signed on for a series with Prince Harry on mental health, and she's expected to release another documentary, Toxic Labor, about workplace harassment. Today, we learned that Oprah's Book Club will get a place on the streaming platform, too.

As part of a new Oprah's Book Club series, Winfrey will interview select authors in locations around the world. The first interview, with Ta-Nehisi Coates of The Water Dancer, premieres November 1st -- the same day Apple TV+ launches. After that, new interviews will appear every two months. Oprah's Book Club titles will also be available in the Apple Books app, and for every Oprah-pick sold, Apple will donate to the American Library Association, which supports local libraries and educational programs.

"Few people in the world can bring us together like Oprah, whose compassion and grace celebrating the power of books are unmatched," said Apple CEO Tim Cook. The partnership makes sense give Winfrey's appeal, the popularity of her book club and her multi-year deal with Apple, but whether Apple's attempt to lure people to the streaming service with big names works out or not, remains to be seen.

In this article: American Library Association, apple, apple books, apple tv, apple tv+, author, business, entertainment, internet, interview, oprah, oprah winfrey, oprahs book club, reading, series, show, streaming
All products recommended by Engadget are selected by our editorial team, independent of our parent company. Some of our stories include affiliate links. If you buy something through one of these links, we may earn an affiliate commission.