It retains the 24.1-megapixel sensor and selfie-friendly screen of the M100.

Canon has unveiled the entry-level EOS M200 mirrorless camera, a successor to the popular EOS M100 with some interesting new features. While it retains the same 24.1-megapixel APS-C sensor as the last model, it has an updated Digic 8 processor. That extra power unlocks two important new features: Dual Pixel eye-detect autofocus and 4K, 24p video (with a big caveat).

With an entry-level price, the M200 is aimed at smartphone users who want to upgrade their photo powers. As such, it has the same body as the M100, with the same button layout, pocket-friendly size and pop-up selfie screen. Physical controls are minimal, so the camera settings are largely controlled from the flip-up touchscreen. 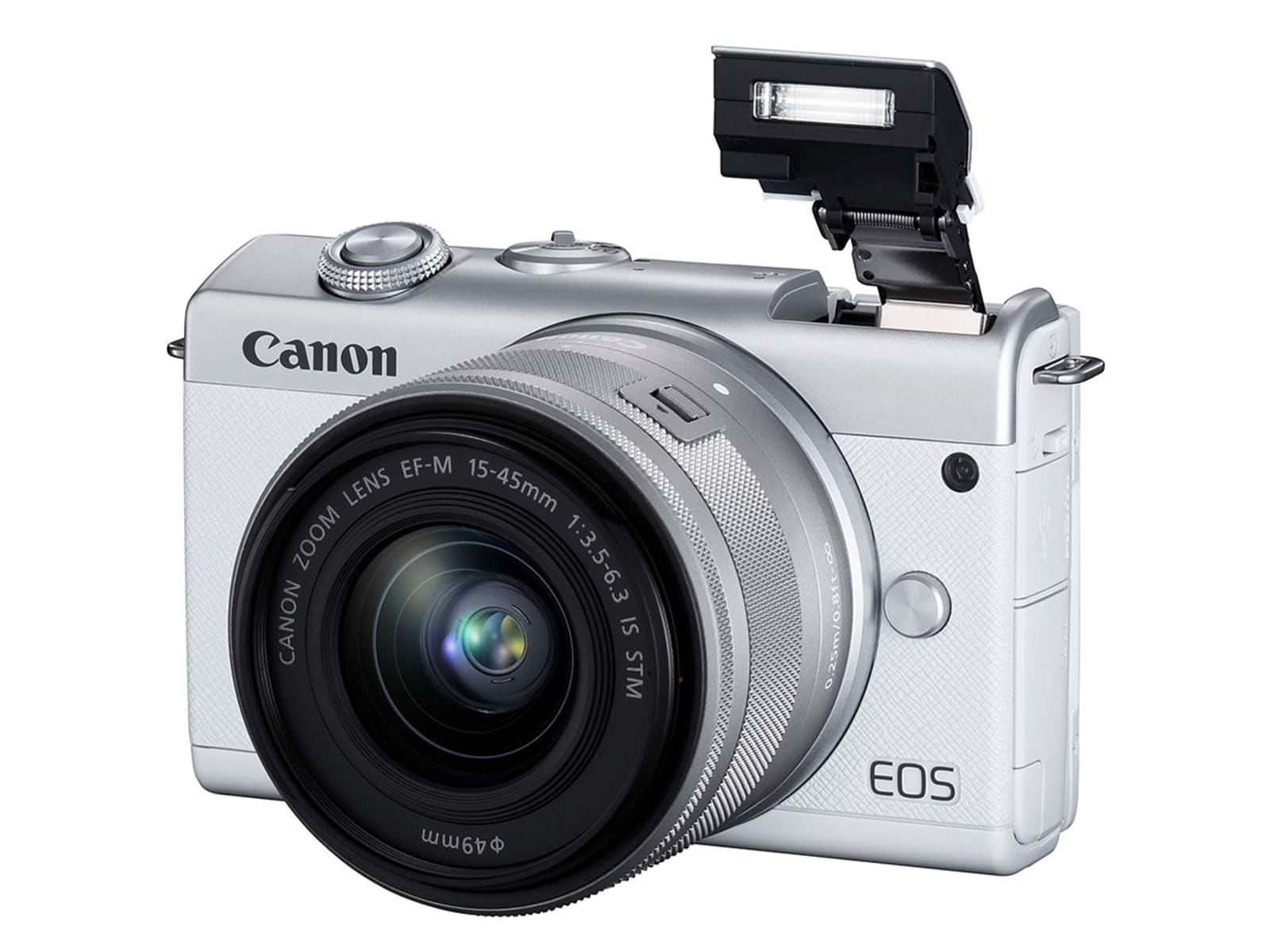 With an identical sensor to the M100, the M200 should also deliver the same excellent image quality as before, with accurate colors and detailed RAW images. Canon's Dual Pixel autofocus is well-liked for its accuracy, both for photos and video, but eye-detect AF will make it a lot easier for novices to use. Canon has also increased the number of selectable AF points from 49 to 123.

The M200 can now do 4K video at 24 fps, but only with a 1.6 times crop. Combined with the 1.6 times APS-C crop, that means the 15-45mm kit lens effectively becomes a 38-115mm lens in 4K mode. That heavily limits its usefulness as a vlogging camera. Like Canon's PowerShot G7 X Mark III compact, it can shoot vertical video, however.

Still, extra features on the EOS M200 will make it a tempting budget option, especially given Canon's relatively inexpensive M lens lineup. It will arrive in October in black and while for $549 (£499) with an EF-M 15-45mm F4.5-6.3 IS STM lens.

All products recommended by Engadget are selected by our editorial team, independent of our parent company. Some of our stories include affiliate links. If you buy something through one of these links, we may earn an affiliate commission. All prices are correct at the time of publishing.
View All Comments
Canon unveils the EOS M200 with 4K video and eye-detect AF