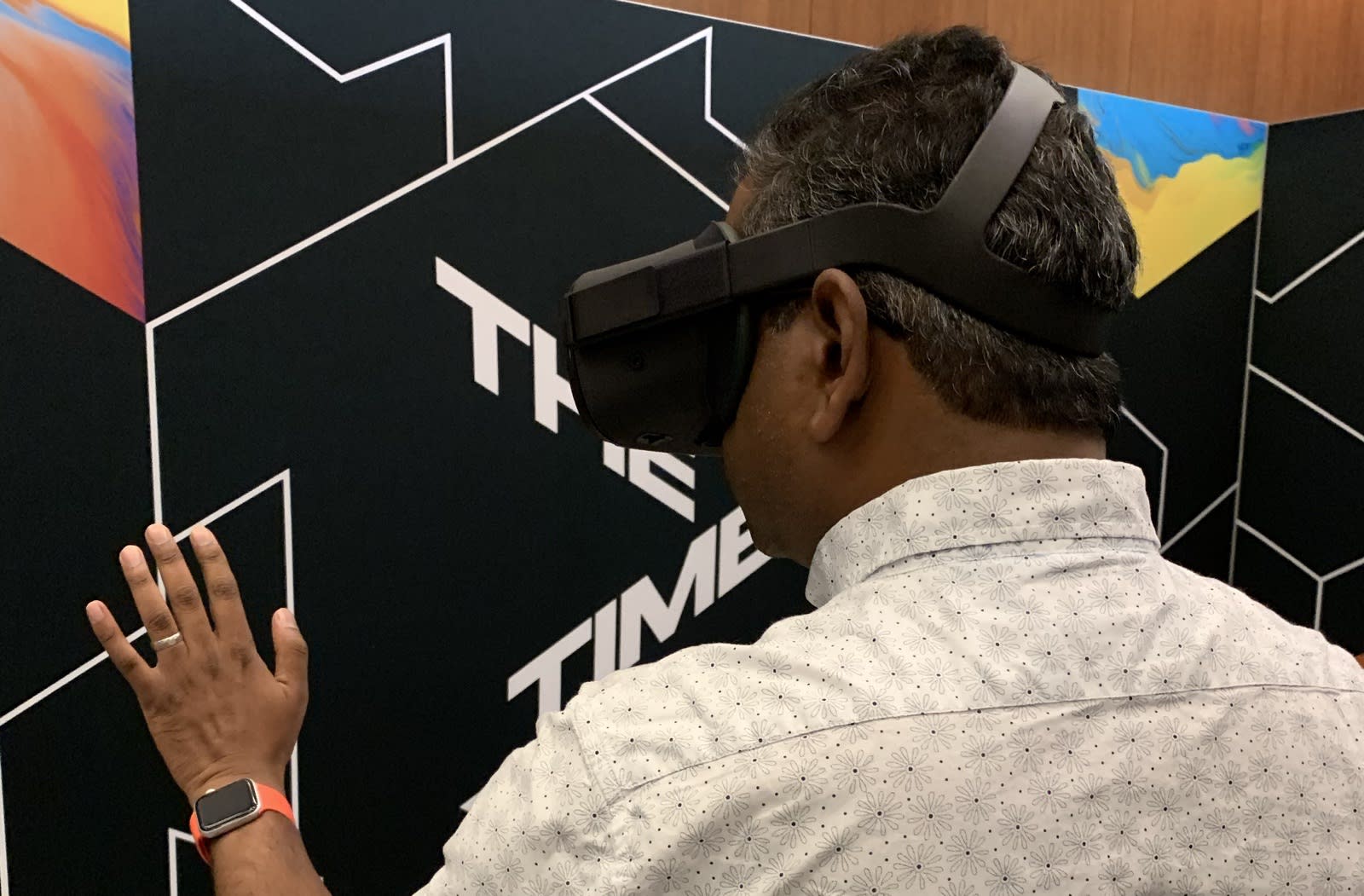 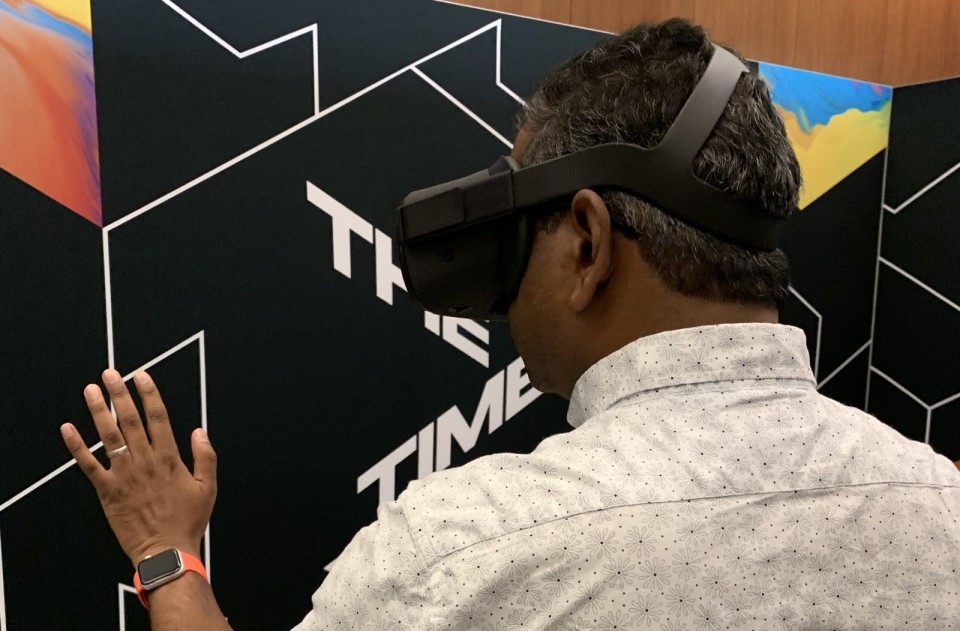 Even though we had an inkling Oculus was working on hand tracking, it was still a huge surprise to see just how it would be implementing the feature. It'll be coming to the Oculus Quest next year — but best of all, it doesn't require any additional hardware, unlike Leap Motion's solution. Instead, Facebook is tapping into the Quest's four monochromatic cameras and a heavy dose of computer vision. To be honest, it sounds like magic — and it basically feels like that, too.

I suppose it shouldn't be a huge surprise then that my hand tracking demo, produced by Magnopus, placed me right in the middle of a witch's lair. Once the experience launched, I just had to lift my hands up to see them in VR. The Quest smoothly tracked everything as I waved my hands around, rotated them, and articulated my fingers as if I was playing a virtual piano. This was all just for fun, to be clear (and I'm sure it gave my Oculus minder a chuckle). When I moved my hands to the far right or left, outside of the camera's view, my virtual hands simply disappeared.

The demo began in earnest when I placed my palms on a magical book, which transported me to a lair filled with gadgets, potions and magical items. And of course, there were quite a few cauldrons strewn about. It didn't look particularly unique compared to most other VR experiences, but moving around and trying to touch and grab objects felt far more natural. That makes sense, after all — I was just using my hands as I normally do, instead of having my movements translated by a controller.

When a pudgy dragon flew by me, I couldn't help but poke its bulbous belly with my finger. And yes, it responded as adorably as you'd expect. I dipped my hands in a bubbling green cauldron, as the witch instructed, and watched as my virtual digits came out covered in viscous goo. After popping a few bubbles floating in the air, I washed my hands and then proceeded to set them on fire, as you do, by placing them on a glowing red book. And what better use for flaming fingers than lighting a few candles?

While I was mostly led through the experience with the witch's instructions, it was easy to see things I could interact with. I squeezed an accordion-like button to activate a steampunk gadget, stuck my hands on electric orbs to get lightning powers, and when the witch told me not to open her treasure chest, you can bet I did just that as soon as she left me alone. For the most part, the Quest's hand tracking feature worked pretty well, though I did run into an issue as I got close to a black wall in the real world. Since the feature is relying on monochrome candles, lighting changes could impact how well your fingers are actually recognized. (One rep also mentioned that Facebook had to block sunlight from reaching the demo area to avoid other issues.)

As I spent my time in the witch's lair, I eventually found myself with scary reptile hands and Wolverine-like claws when I closed my fists. And at one point, my hands were octopus tentacles for some reason. I have a feeling Oculus just really wanted to show off how well it could remap your hands.

While I had a blast with the Quest's hand tracking overall, I ended up missing the haptic feedback you'd get from the motion controllers. That's something that might be solved with a glove accessory down the line, and that could also be something that helps with potential tracking issues. Of course, that defeats the purpose of what Oculus is really trying to do: Give developers a simple way to track your hands own the Quest with no extra fuss or setup. According to Mark Silliman, Facebook's Technical Program Manager of Computer Vision, the feature also isn't very resource intensive to use. That's a good thing, since the Quest's mobile hardware already feels stretched a bit thin.

I wouldn't be surprised if developers start implementing hand tracking in unique ways next year. Some games might require just a single controller to handle movement, and a free hand for exploration. On top of being able to turn into a desktop VR headset with Oculus Link, the promise of hand tracking makes the Quest a far more compelling device than when it launched.

In this article: facebook, gadgetry, gadgets, gear, hand tracking, Oculus, oculusconnect6, VR
All products recommended by Engadget are selected by our editorial team, independent of our parent company. Some of our stories include affiliate links. If you buy something through one of these links, we may earn an affiliate commission.