HP is once again tweaking its popular Spectre x360 convertible lineup with a new 13-inch model. While the new x360 maintains the overall look of its predecessor, it's 13 percent smaller. It also has less noticeable display bezels, with the top half of the computer featuring a 90 percent screen-to-body ratio where the 2018 model was only 78 percent display. At 2.8 pounds, the new Spectre is also lighter than both the 2018 MacBook Air and 2019 MacBook Pro.

Despite shaving off more than a tenth of the computer, HP was able to build better cooling and thermals into the device. If you weren't a fan of the lineup's two-tone "Nightfall Black" and "Poseidon Blue" color options, the good news is that HP will offer the new model in a simpler "Natural Silver" color variant (pictured above). For the privacy-minded, there's also a new kill switch on the side of the computer that cuts power to the webcam. 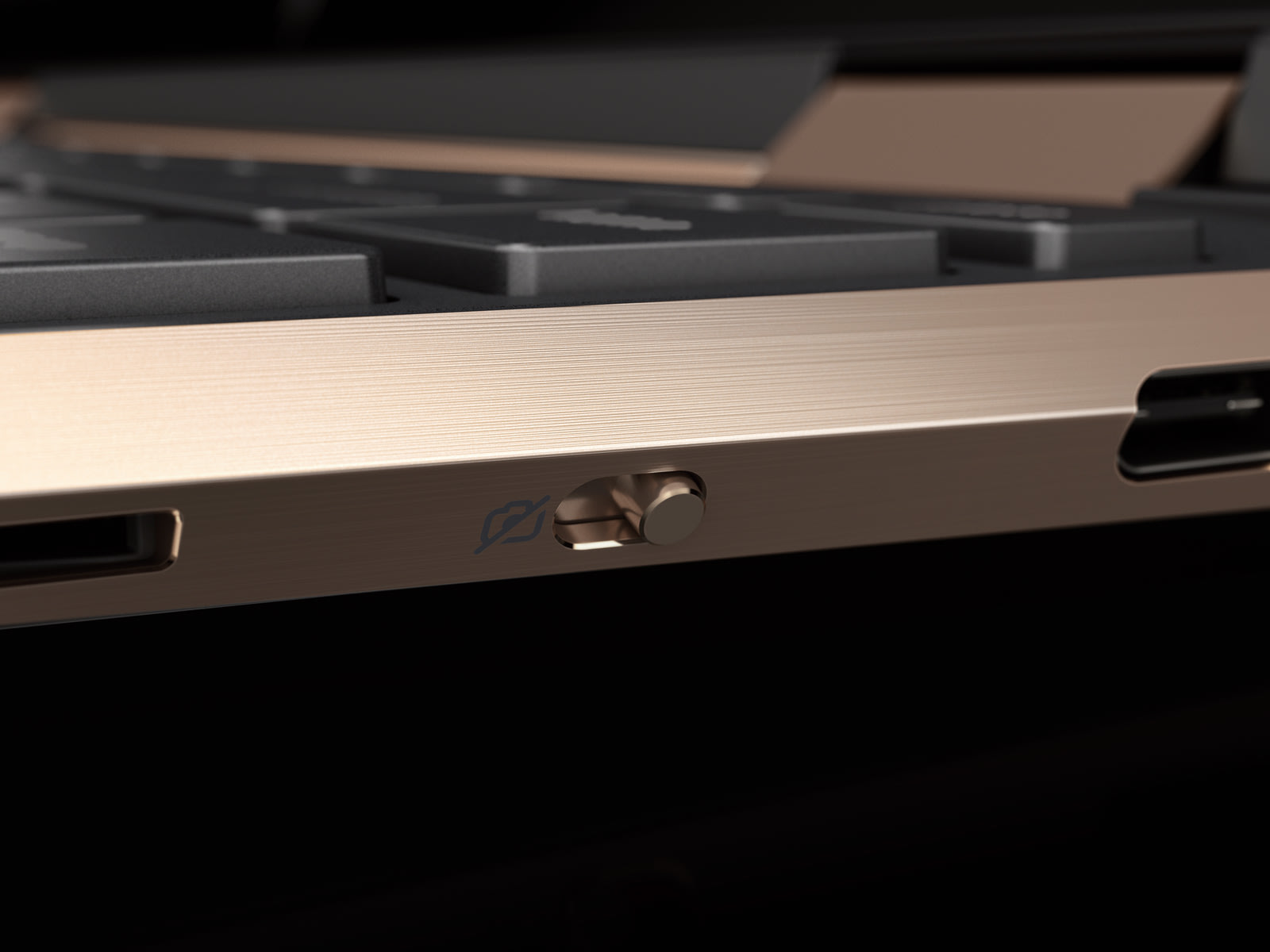 Internally, the x360 includes Intel's latest 10th generation Core i5 and Core i7 processors. You can now also equip the computer with a new 4K AMOLED display that maxes out at a bright 400nits. The 4K display also includes DCI-P3 wide color gamut coverage, making it ideal for editing photos and video, as well as support for VESA's new True Black HDR format. If HDR wasn't already complicated enough on PCs, True Black HDR is technically a step below HDR 10 and Dolby Vision, but should still make games and video content look better. Complimenting the 4K display is an anti-reflection coating that HP says makes the screen more useable outside.

HP has also updated the X360's LTE and WiFi modems. They're now Cat 16 and WiFi 6 capable, which should lead to faster connectivity if you can find compatible networks. Moreover, the LTE modem comes standard with the computer, instead of being an optional add-on. As before, HP claims you can get 22 hours of battery life of its laptop. While it's likely to fall short of that mark, with fast charging the X360's battery is able to get back up to a 50 percent charge in 30 minutes.

The new 13-inch Spectre x360 convertible laptop will be available in October, starting at $1,099 for the base model with Intel Core i5 processor, 8GB of RAM and 256GB SSD. You'll have to pay a $400 premium to get the top-end model with 4K AMOLED display. Upgrading to the more expensive model also nets you a Core i7 processor, 16GB of RAM and a 512GB SSD that's complemented by a 32GB Intel Optane memory module. Best Buy will also carry the laptop when it becomes available later this fall.

All products recommended by Engadget are selected by our editorial team, independent of our parent company. Some of our stories include affiliate links. If you buy something through one of these links, we may earn an affiliate commission. All prices are correct at the time of publishing.
View All Comments
HP’s Spectre x360 packs a 4K display if you want it
convertible
gadgetry
gadgets
gear
hp
laptop
pc
personal computing
personalcomputing
spectre
spectre x360
Windows 10