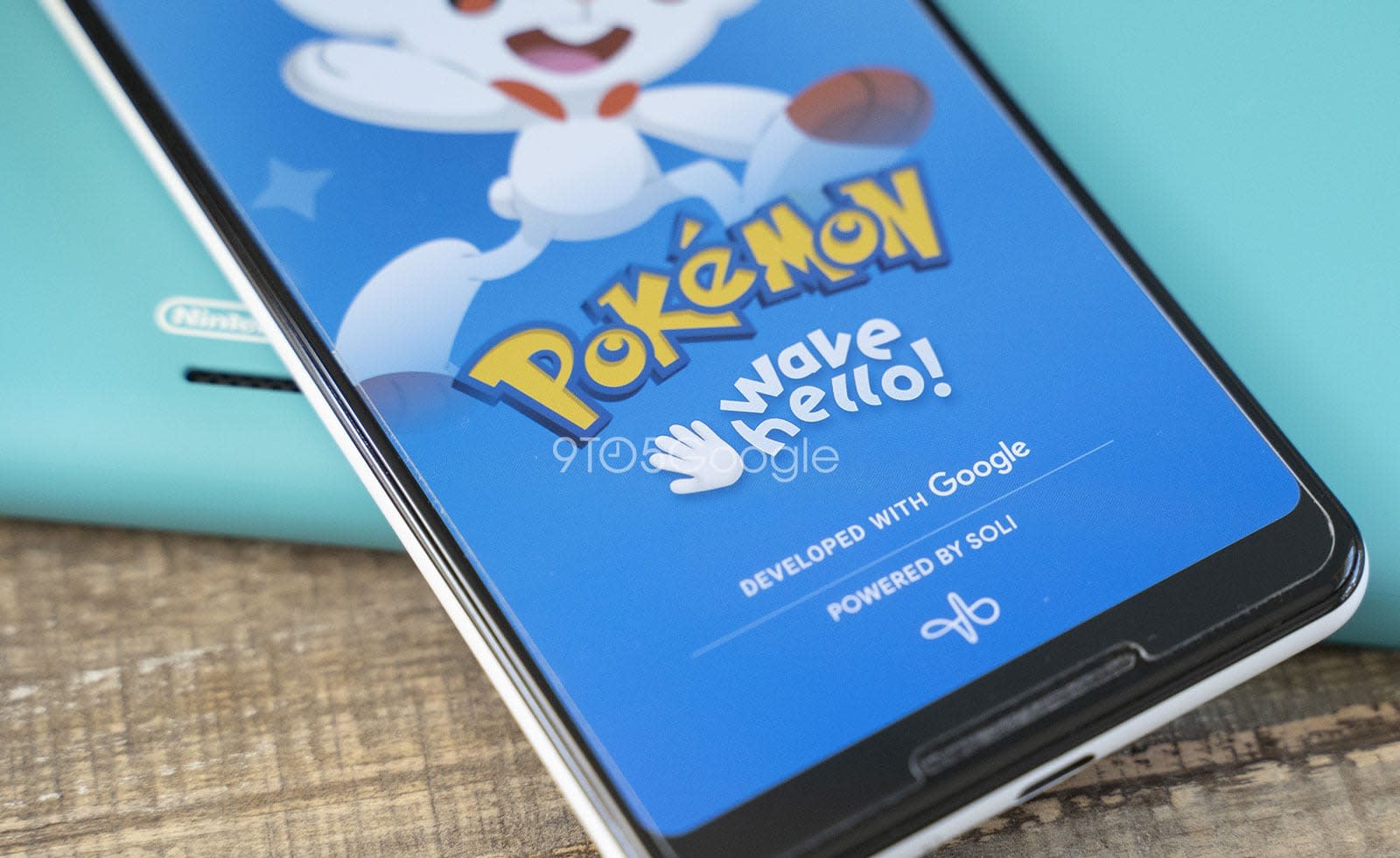 After so many photo and video leaks, the daily revelations about the Google Pixel 4 can officially be referred to as a deluge. The latest comes from 9to5Google, in the form of a tech demo for the Pixel 4 and Pixel 4 XL's radar-equipped motion sensor. The proof-of-concept app lets users pet, splash and wave at Pokémon characters using vertical and horizontal hand gestures.

Soli is Google's radar technology that drives its Motion Sense toolset. Given what we know from previous leaks, users will at least be able to snooze their alarms, skip music tracks and silence incoming calls thanks to the feature. More functionality will likely come as developers get their hands on the tech. 9to5Google was able to use Pokémon Wave Hello sans Pixel 4 because touch controls can be used as a backup.

While Pokémon Wave Hello is simple, it's a great way to get new users familiar with the Minority Report-style gesture controls. It's also not the first time that The Pokémon Company (which is partially owned by Nintendo) partnered with Google. Back in 2014, Google revealed the Google Maps Pokémon Challenge, which turned out to be an April Fool's joke. However, the fictional augmented reality game became the basis of Pokémon Go. Niantic, the developer of Pokémon Go, spun off of Google in 2015 and released the hit AR game in the summer of 2016. One of the employees behind the Pokémon Challenge gag even left the Google Maps team to help create Pokémon Go. At this point, you could say Google and The Pokémon Company have a history of collaboration.

The app could serve as a high-profile marketing push ahead of the November 15th release of Pokémon Sword and Shield on Nintendo Switch. Classic pocket monsters Pikachu and Evee are featured in Pokémon Wave Hello. But more notably, Grookey, Scorbunny and Sobble -- who will make their proper debut in Sword and Shield -- show off their abilities and personalities in the demo as well.

Google will host an event on October 15th, where it will officially reveal the Pixel 4 and Pixel 4 XL. We also expect the company to announce the Pixelbook Go, a Nest-branded Google Home Mini and updated Google Buds.

In this article: android, apps, gadgetry, gadgets, gaming, gear, gesture control, google, leak, mobile, motion sense, nintendo, Pixel 4, pixel 4 xl, pokemon, Pokemon Sword and Shield, pokemon wave hello, soli, the pokemon company
All products recommended by Engadget are selected by our editorial team, independent of our parent company. Some of our stories include affiliate links. If you buy something through one of these links, we may earn an affiliate commission.