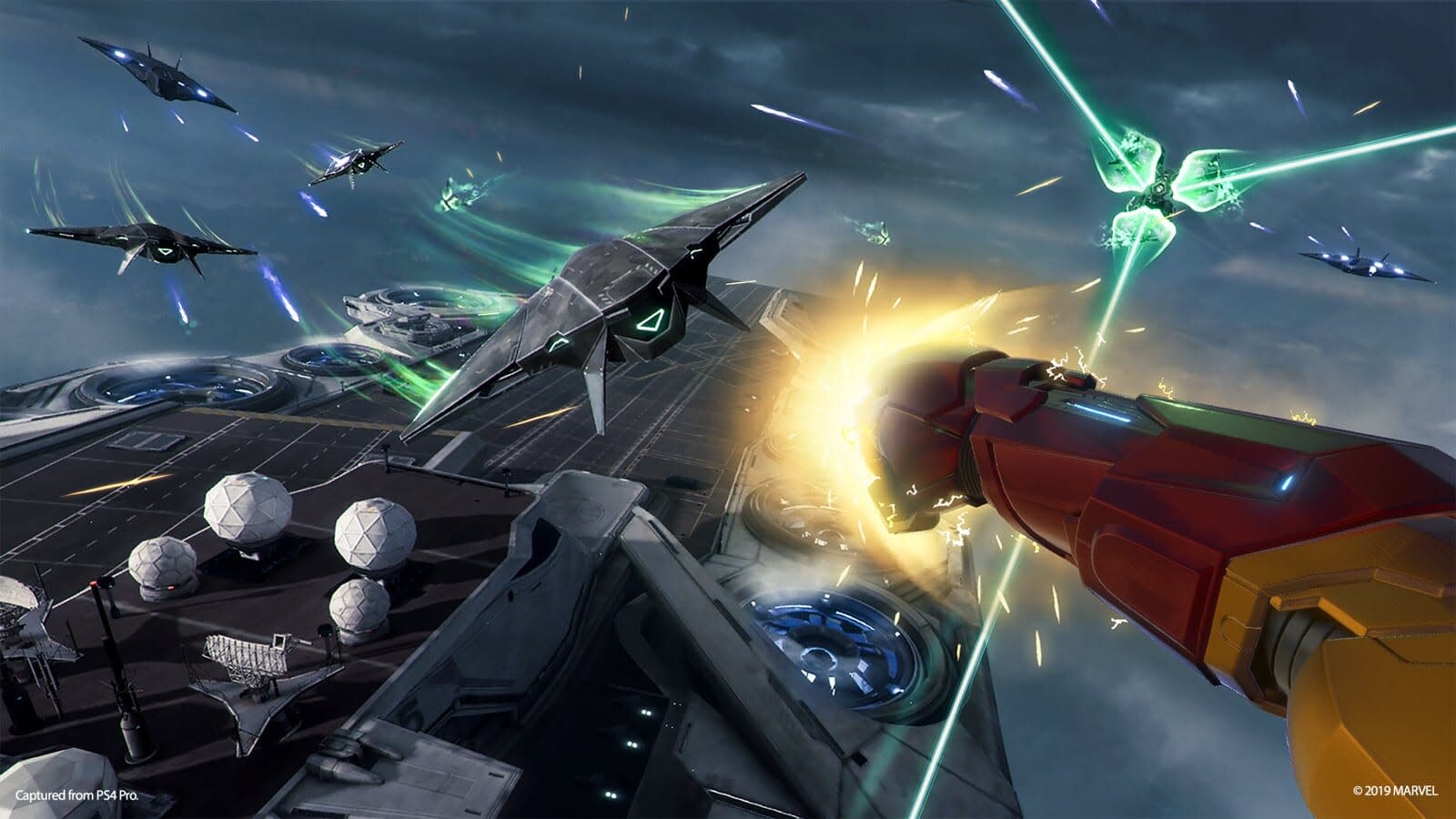 We at last know when you'll get to take to the virtual skies in Marvel's Iron Man VR. It'll hit PS VR on February 28th, 2020 -- it was previously earmarked for a 2019 debut. Developer Camouflaj also released a story trailer, which focuses on Ghost, Tony Stark's adversary.

In Iron Man VR, Stark has retired from making weapons to spend more time creating tech to aid his alter ego's battle against evil. But Ghost holds a grudge against him after witnessing all the damage his weapons caused.

Ghost, a long-time antagonist of Iron Man in Marvel's comics, appeared in the movie Ant-Man and The Wasp. Here, she's a "hacker and anti-corporate activist who repurposes old Stark Industries weapons." She attacks Stark locations around the planet, which will inevitably lead to a showdown with Iron Man.

Meanwhile, the developer revealed what the $50 Iron Man VR digital deluxe edition includes. Along with the game (which will itself cost $40), you'll receive 12 research points to unlock weapons and upgrades earlier than you would through gameplay alone, a digital copy of the soundtrack, four Iron Man armor skins and a PS4 theme. Pre-order bonuses include another four Iron Man looks, a second theme and a one month trial of Marvel Unlimited.

In this article: art, av, camouflaj, gaming, iron man, iron man vr, ironmanvr, marvel, playstation 4, playstation vr, playstation4, playstationvr, ps vr, ps4, psvr, virtual reality, virtualreality, vr
All products recommended by Engadget are selected by our editorial team, independent of our parent company. Some of our stories include affiliate links. If you buy something through one of these links, we may earn an affiliate commission.