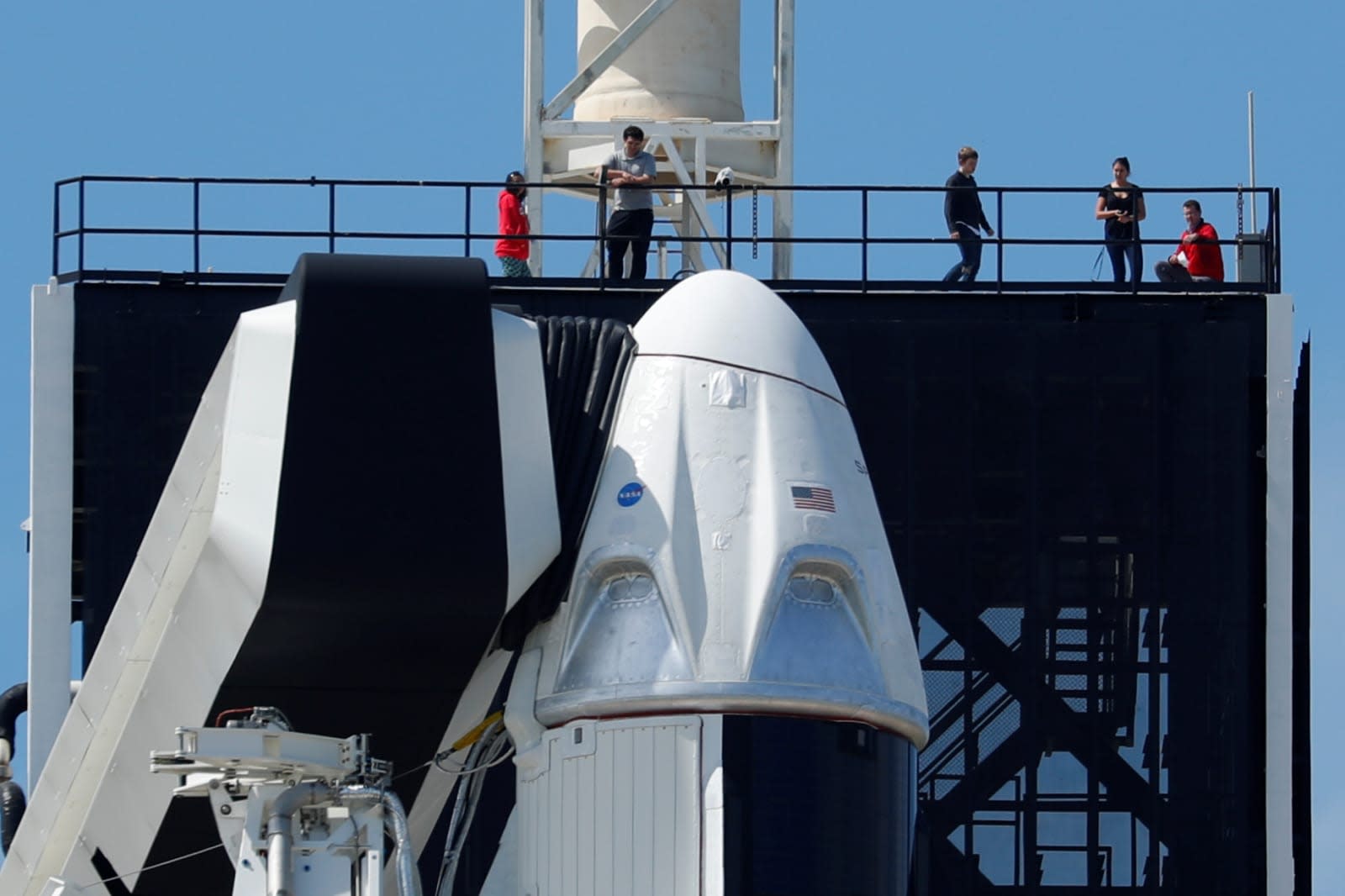 Just before Elon Musk took a victory lap to show off SpaceX's Starship in Texas, NASA Administrator Jim Bridenstine congratulated him while mentioning that his organization "expects to see the same enthusiasm focused on the investments of the American taxpayer." He was referring to the long-delayed Commercial Crew program that SpaceX is participating in with its Crew Dragon.

Musk responded by bringing up NASA's own oft-delayed project, the SLS, when asked about the comment. Bridenstine is scheduled to visit SpaceX HQ in Hawthorne, CA for a tour to check on the company's progress, followed by a media availability session. He will be there alongside Musk, as well as the two astronauts scheduled to take flight on Crew Dragon's Demo-2 flight test to the ISS, Bob Behnken and Doug Hurley.

I had a great phone call with @elonmusk this week, and I'm looking forward to visiting @SpaceX in Hawthorne next Thursday. More to come soon!

We'll be interested in hearing what they say about the project's schedule, as Bridenstine followed the earlier dustup by telling The Atlantic that he didn't think SpaceX's timeline of "three to four months" before a flight test was realistic. The spacecraft apparently needs more testing and qualification before its redesigned launch-abort system gets the OK, along with work on its parachutes. We'll find out more about the current plan on Thursday, as the availability will be live streamed via Bridenstine's Twitter account.

In this article: Commercial Crew Program, crew dragon, Elon Musk, gear, Jim Bridenstine, space, spacex
All products recommended by Engadget are selected by our editorial team, independent of our parent company. Some of our stories include affiliate links. If you buy something through one of these links, we may earn an affiliate commission.